Is Tesla Testing Self-Driving Cars in States Besides California?

Reacting to concerned owners who want fully autonomous driving, Tesla says it may be racking up self-driving test miles in other states. 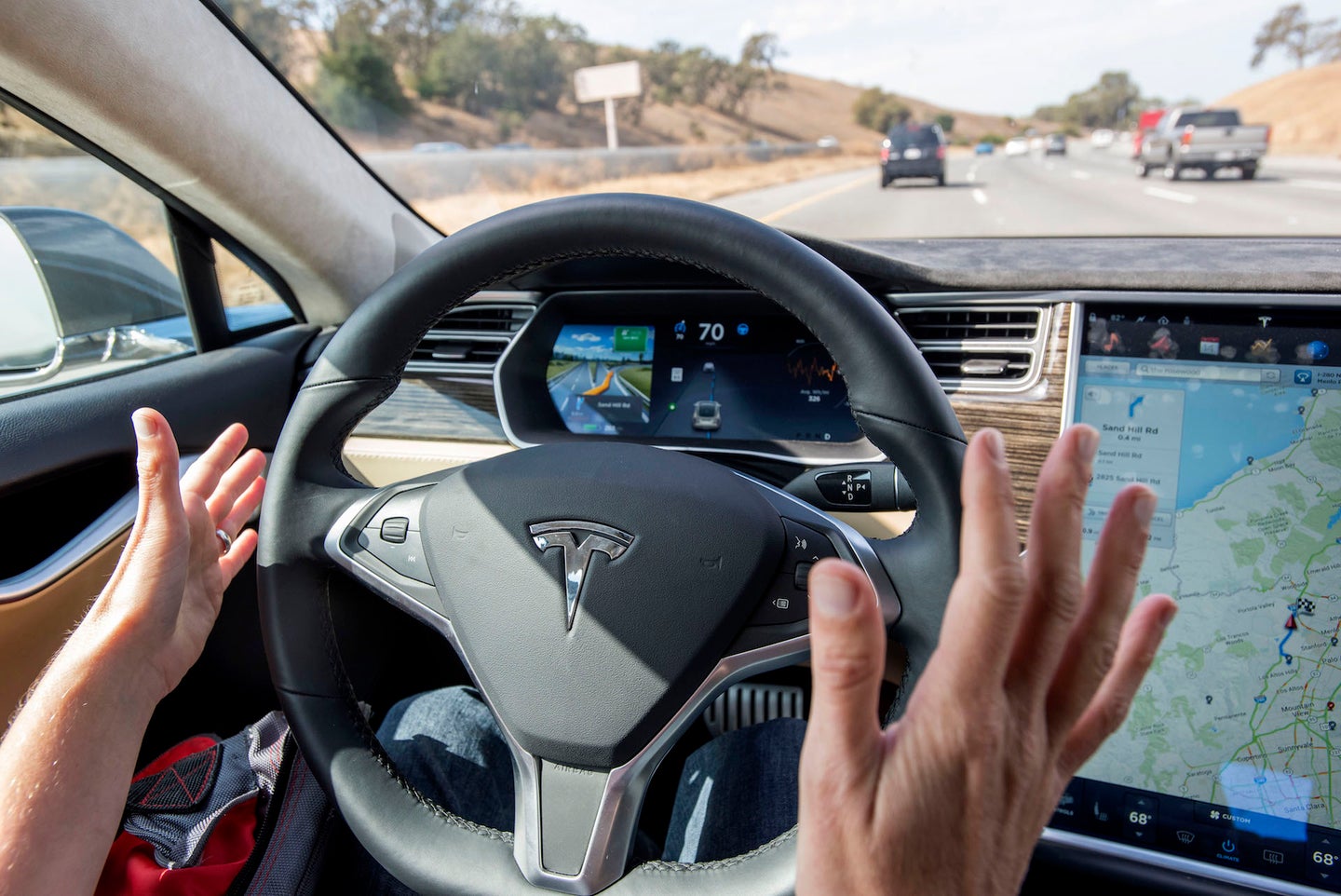 According to a statement from a Tesla spokesperson to Electrek, the electric automaker may be testing self-driving prototypes in states other than its native California.

Following up on a report Tesla submitted to the California DMV regarding instances where its self-driving cars disengaged from fully autonomous operation (which Tesla is required by law to report to the state), a Tesla spokesperson wrote, "We also conduct testing in a number of locations that are not public roads in California."

This reaction from Tesla was in response to a number of concerned owners who discovered that the report revealed a low numberself-driving testing miles—they want their fully autonomous mode to arrive sooner rather than later, after all. (The Disengagement of Autonomous Mode reports miles traveled under fully autonomous mode, as well as reasons for disengaging.) In fact, the number was around 500 miles, most of which were accumulated in creating videos and b-roll for company marketing materials.

The same spokesperson said, "The report covers only autonomous vehicles testing performed on California public roads for the reporting year 2016. In this case, our public testing primarily entailed the development of creative assets for the launch of our new Autopilot hardware system."

Of course, "a number of locations that are not public roads in California" could mean several things—private roads or tracks in California for one. But given that more states are opening up legislation to let companies test autonomous driving technology—Nevada and Michigan are the latest ones—it could be Tesla is actually racking up self-driving miles in different parts of the country besides its home turf.