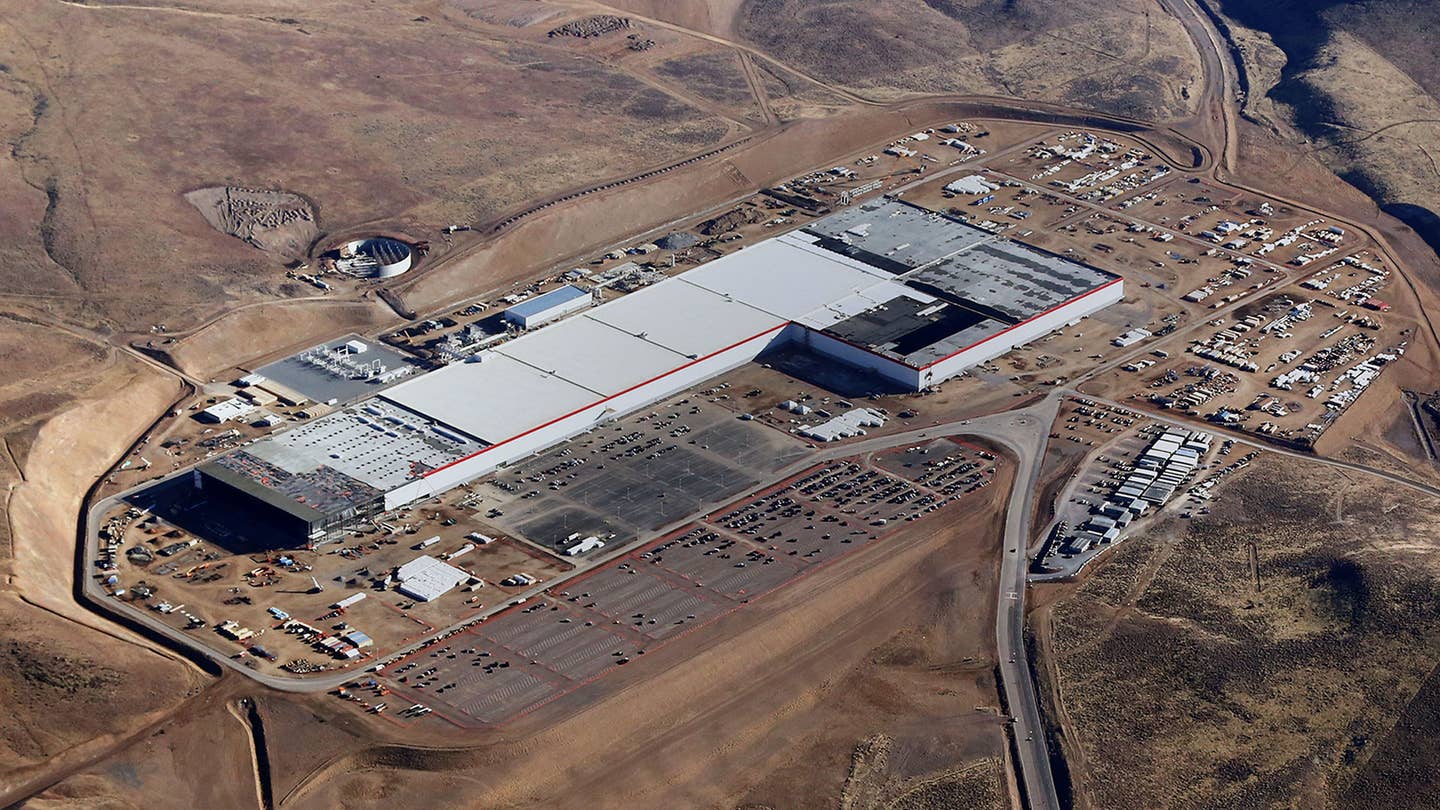 After years of contention and construction, the Gigafactory is in business. In a blog post today, Tesla announced that its giant Nevada battery plant has officially begun cranking out the cells that form the building blocks of the company’s future.

While an initial test run of the cylindrical battery cells was fired off last month, production of the consumer-ready versions begins today, the company said. But in spite of the continually-escalating stakes in the electric car power storage race—witness the 130-kilowatt-hour battery pack in Faraday Future’s new FF 91—these new battery cells won’t be heading to Tesla’s automotive models just yet. Instead, the first batches will be used in the company’s static products, the Powerwall 2 (a home energy storage system) and the Powerpack 2 (a battery pack for larger-scale commercial and utility use). Come the second quarter of this year, the company plans to start cranking out battery cells for the forthcoming Model 3, which is expected (cough, cough) to reach initial customers later this year.

The so-called “2170” cell being made at the Gigafactory was jointly developed by Tesla and Panasonic, which is partnering with the Silicon Valley automaker-slash-power-storage-company on a variety of projects. The company isn’t saying much about their 2170’s secrets, but back in November, Tesla CEO Elon Musk described the cell—which is slightly larger than a 12-gauge shotgun shell—as “the best cell in the world that is also the cheapest cell,” suggesting the company has found a way to offer more capacity than comparable products without jacking up the price.

While the Gigafactory has begun turning out products, it’s far from complete; Tesla says the Reno-area facility is only 30 percent finished. That said, even at less than one-third done, the building has just shy of 5 million square feet of operational space—more than 100 football fields’ worth. Once completed, the Gigafactory will reportedly be the world’s largest building, and be capable of cranking out 35 gigawatt-hours of battery capacity every year.