Kudos to JLR if it can make the feature work better than Tesla’s attempt. 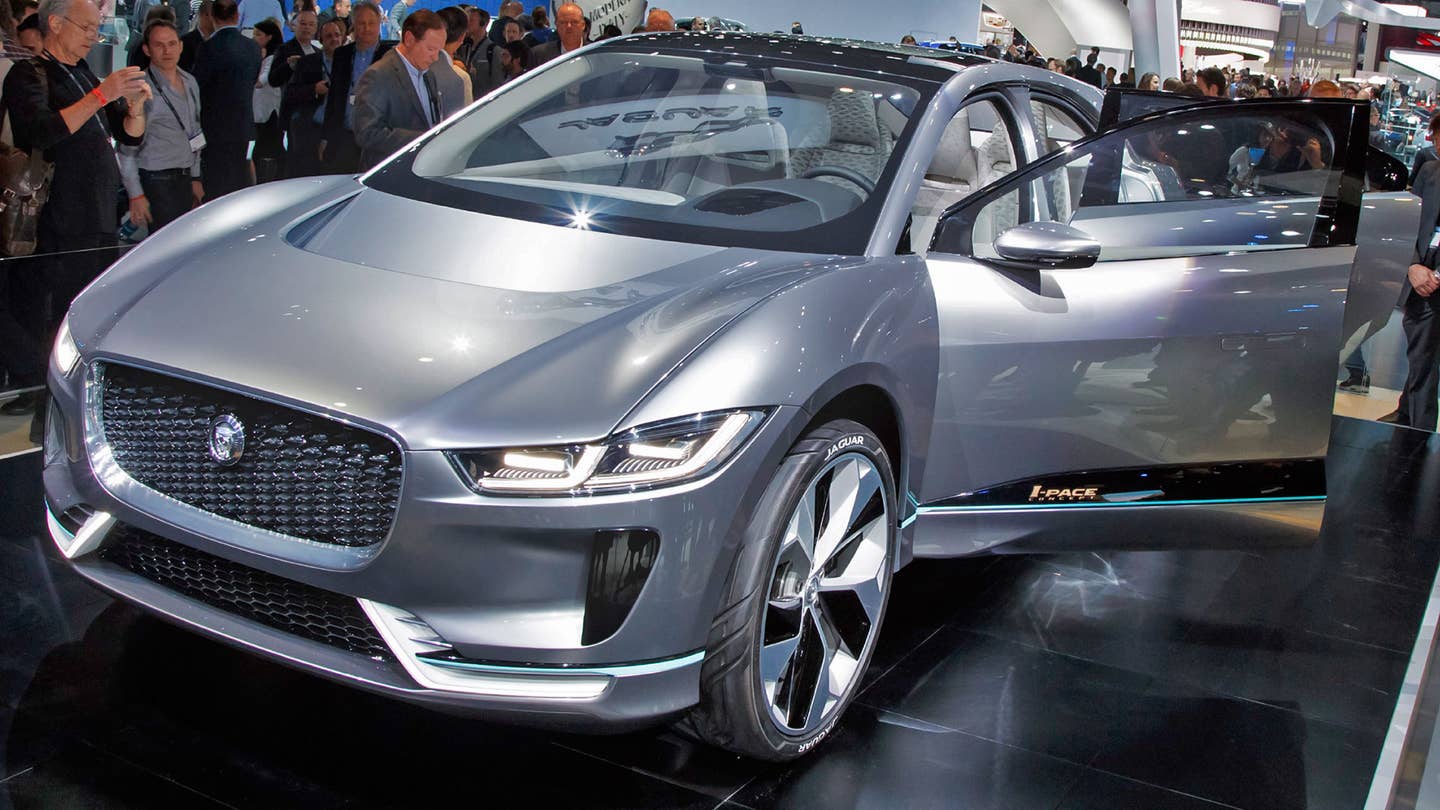 Jaguar Land Rover is engineering a feature for its cars that will help owners avoid banging their car doors into nearby objects in tight spaces, a new report claims.

Patents unearthed by England's The Times showed the new technology would use sensors embedded in the handles and edges of car doors to determine proximity to things the door could run into: walls, metal posts, other cars, and so on. The sensors would figure out the angle at which the door could open, to determine the amount of room between the door and the potentially damaging object. If the driver is in danger of hitting something, the new tech would warn the driver of the risk.

The new feature would also give pedestrians walking near the car a heads-up in case the car's driver is about to slap them in the face with a door. (Hopefully, this will also work for incoming bike riders.)

The tech sounds similar to a feature that Tesla implemented on the Model X. The electric SUV has a system that is supposed to prevent its vertically-operating Falcon Wing doors from opening up into objects in their path. As Tesla CEO Elon Musk has admitted previously, it wasn't exactly easy getting those systems to work perfectly.

“In particular, the software that controls the Model X and the operation of the doors has been incredibly difficult to refine, and getting the complex set of sensors to work well has been difficult to refine," said Musk at a shareholder meeting on May 31. "I think we’re almost there in making the doors useful.”

Many owners took to online owners forums to complain about the various issues they were experiencing with their flawed doors.

For now, though, JLR's feature apparently remains in the prototype phase. As we all know, just because an automaker patents something doesn't mean it will come to pass (see: Mercedes-Benz's four-door SLS supercar), so there's always a chance that this tech will never see the light of day. Still, though...anything that can save pedestrians from injury and car owners from repair bills seems like a good call to us.