Next time, let’s see it without verbal assistance. 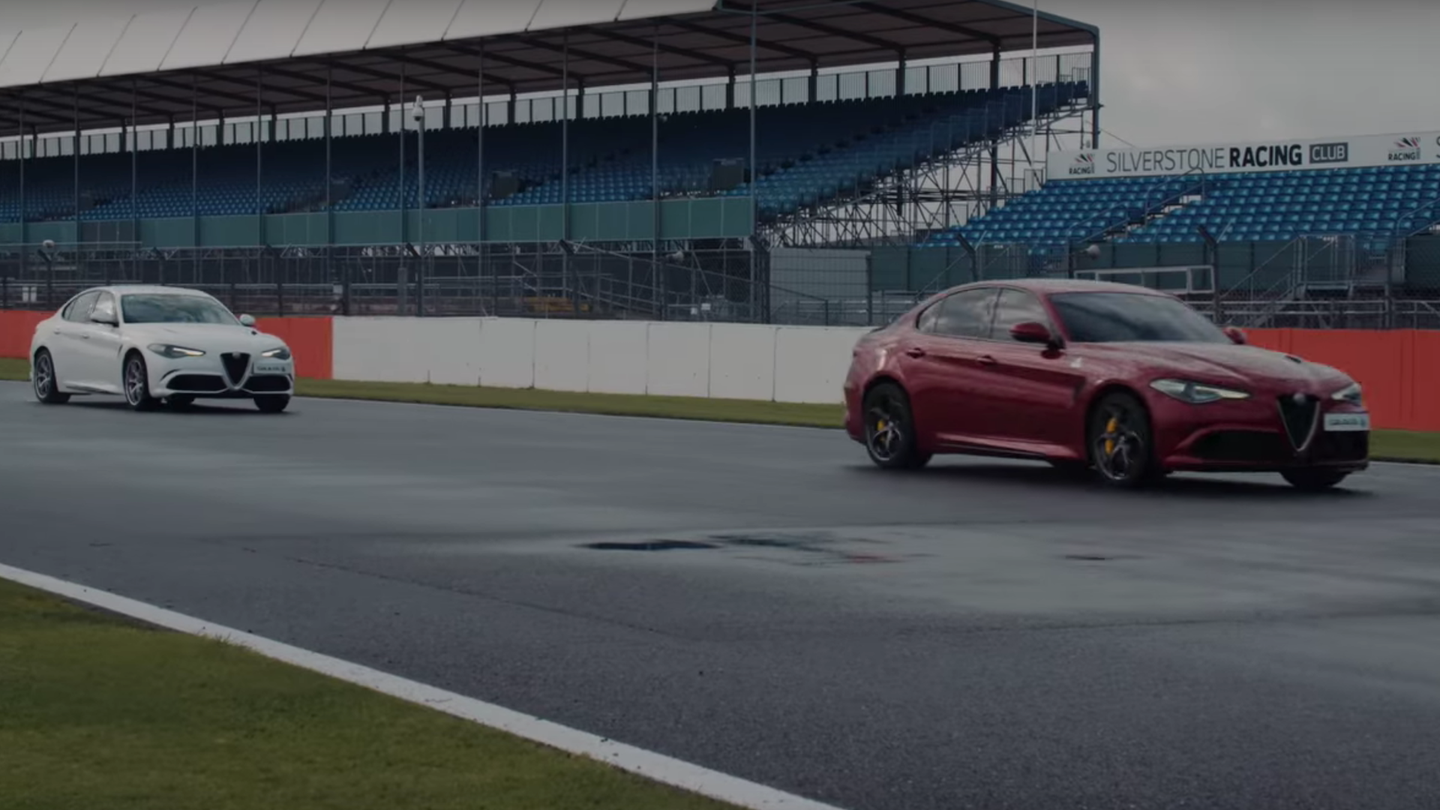 If driving a high-horsepower sedan around a wet race track sounds daring to you, consider what it would be like to do so blindly. No vision—just a man shouting directions into your ear while you try to figure out how gently to execute his suggestions. That's the exact position Alfa Romeo put a Le Mans driver in an attempt to complete a sketchy stunt lap record in the new Giulia Quadrifoglio.

British Le Mans race car driver Ed Morris took to the Silverstone Circuit to pilot a 505-horsepower Alfa Romeo Giulia with its windows completely darkened around the course. While driving the track, he was fed directions and orders from a chase car that hung directly behind the red Alfa sedan the entire time. The goal set by Alfa was to lap the track in one minute and 44 seconds—the same time Nino Farina set when he set the lap record in 1951 at the British Grand Prix in an Alfa Romeo 159B.

Following some practice, by the end of the video, Morris lapped the 1.64-mile track in 1:44.2. And remember—that was without looking.

For those unfamiliar with the Giulia, it's Alfa Romeo's new sedan, which pumps out 505 horsepower from a twin-turbocharged V6 engine in the Quadrifoglio performance trim. It's basically the BMW M3's worse nightmare. And it can be had with a manual transmission..at least, in places that aren't North America.

And as our chief auto critic Lawrence Ulrich found out when he drove it...the new Giulia is good. Real good. And now we know it's capable of being driven around a famous race track blindly. Neat.