A concept version of the Nissan-based rig is about to rear its head. 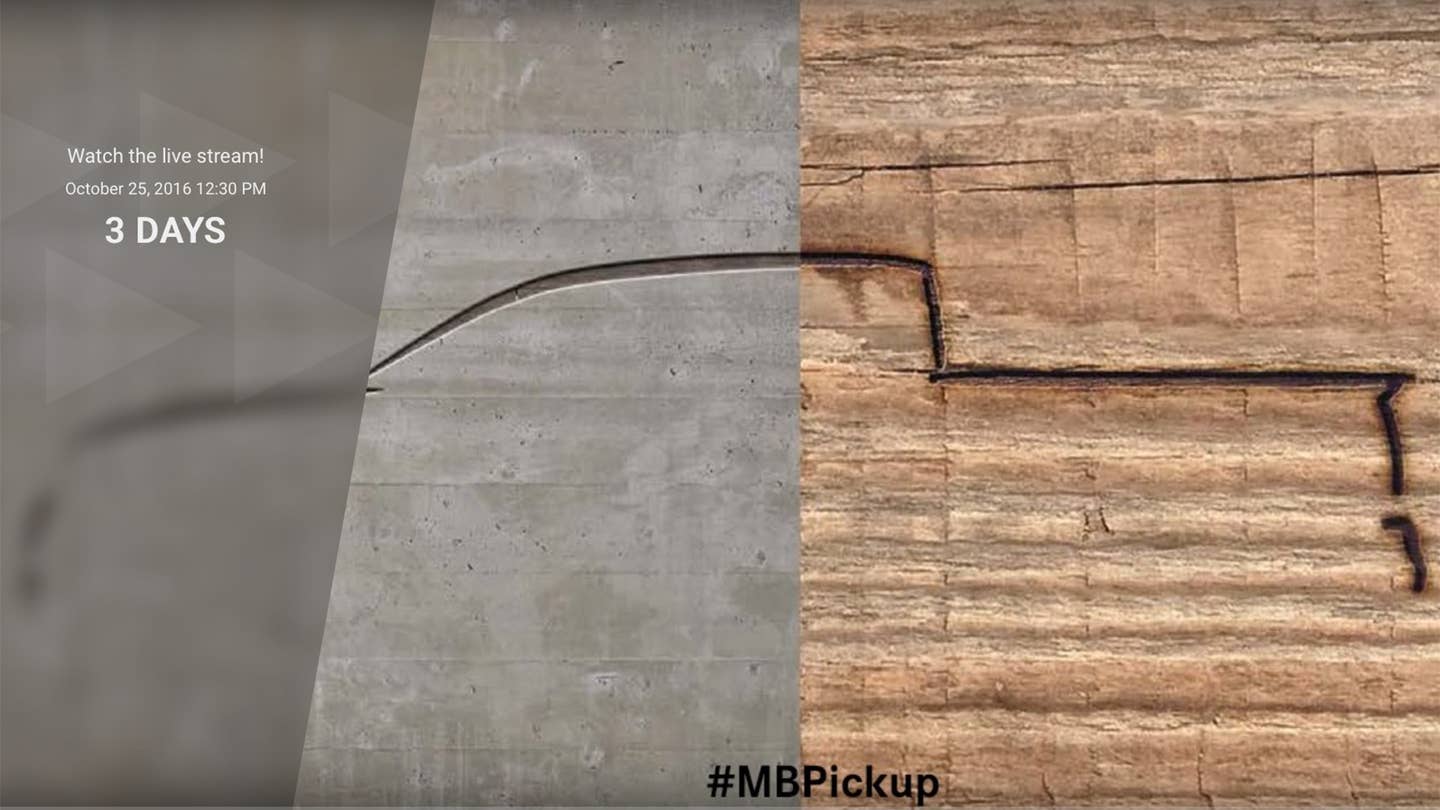 Ready or not, here it comes: Mercedes-Benz will reveal its pickup truck on October 25th.

The truck will be revealed in Sweden at 6:30 p.m. local time, in an event hosted by a who’s who of Daimler bigwigs: Daimler chairman and automobile division head Dieter “Dr. Z” Zetsche; Volker Mornhinweg, head of Mercedes-benz vans and previous AMG bossman; and Gorden Wagener, Daimler’s vice-president of design. Autocar claims having people there representing both the luxury and industrial branches of Mercedes’s business is a way of showing the truck’s intended purpose of bridging the gap between them.

The vehicle revealed on Tuesday will be a concept, but we already know a little about the production model that’s set to follow. The truck will a midsized mode, based on the same platform as the Nissan Navara—which, in previous generations, doubled as the Nissan Frontier. ("We are not going to build a fat cowboy truck for America,” Mornhinweg once told Britain’s CAR.) But as befits a Mercedes-Benz, the pickup will not share its engine or transmission with the humble Nissan, Autocar reports.

While it might seem a heresy on the scale of the first Porsche Cayenne to Beverly Hills SL-Class owners, a Mercedes-Benz truck would actually fit nicely into the company’s lineup. In more utilitarian forms, the Benz truck would be a handy complement to the likes of the Sprinter and Metris vans; bougie it up, and it would be a nice accoutrement for the likes of the GLE-Class, the G-Wagen, and the upcoming EQ electric sport-ute.

After all, high-end pickups are big business in America these days. Not only do trucks currently hold a larger chunk of the U.S. market than any time since 2007, the average truck price has leapt up 46 percent in that time, according to Edmunds. Across the automotive sector in general, by contrast, prices are up by just half that amount.

It remains to be seen whether the truck will be sold here in America. The U.S. market has generally favored larger pickups, but the recent arrival of the Chevrolet Colorado and GMC Canyon have helped to spur on a surge in the smaller market where the Benz will play. Toyota’s Tacoma continues to be immensely popular in certain markets, and Ford has already said it is returning the Ranger to the U.S.

Oddly enough, Mercedes-Benz already has a YouTube livestream rolling for the truck’s debut. So if you really have nothing better to do over the weekend, you can kick back and stare at the truck’s profile for the next four days.