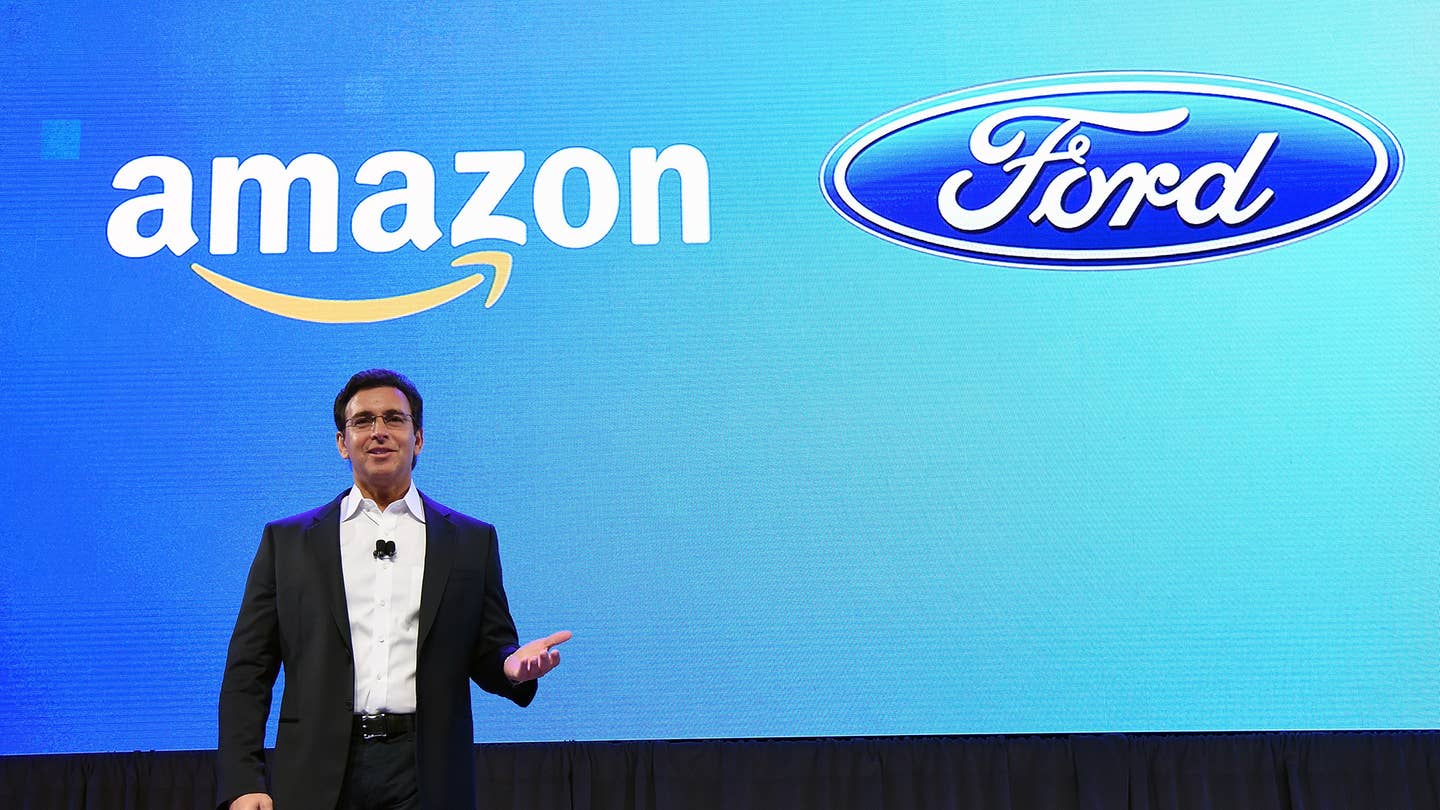 The so-called "Internet of Things" has taken another step towards its inevitable conquest of every aspect of our lives. Thanks to the integration of Amazon Alexa, new Ford electric car drivers will soon be able to control the smart thermostats in their residences with a touch of a button.

The move is the first practical application of the partnership between Ford and Amazon, announced last January at the Consumer Electronics Show in Las Vegas. The system will be available on Ford’s three electric and plug-in hybrid models—the Fusion Energi, the Focus Electric, and the C-Max Energi—by the end of 2016, according to Reuters.

The Alexa hookup in the Fords, which is activated through a long press of the steering wheel-mounted voice command button, enables drivers to command all sorts of connected devices in a smart home. Users can set the house’s temperature, control a home’s exterior lights, or check the status of the security system. On the flip side, owners can use their home’s Alexa devices to start their vehicles, check the available range, lock or unlock the doors, and even cue up music for the car stereo. Some features will become available on other Ford vehicles starting in 2017, Ford spokesperson Alan Hall told Reuters.

Ford is not the only carmaker to work Amazon Alexa integration into its latest vehicles. Hyundai’s luxury brand Genesis announced in August that it would add Alexa functionality to its G80 and G90 sedans, while BMW revealed that same month that it would be connecting its BMW Connected system to the Amazon virtual assistant. Those setups, however, appears to be more limited in its abilities, only allowing owners to control the vehicles through their home device and not the other way around.

Now, if we could just get our Amazon-connected Fords to take out the trash while we're asleep, we'd be all set.