The most Tony Stark-worthy way to lock your car yet. 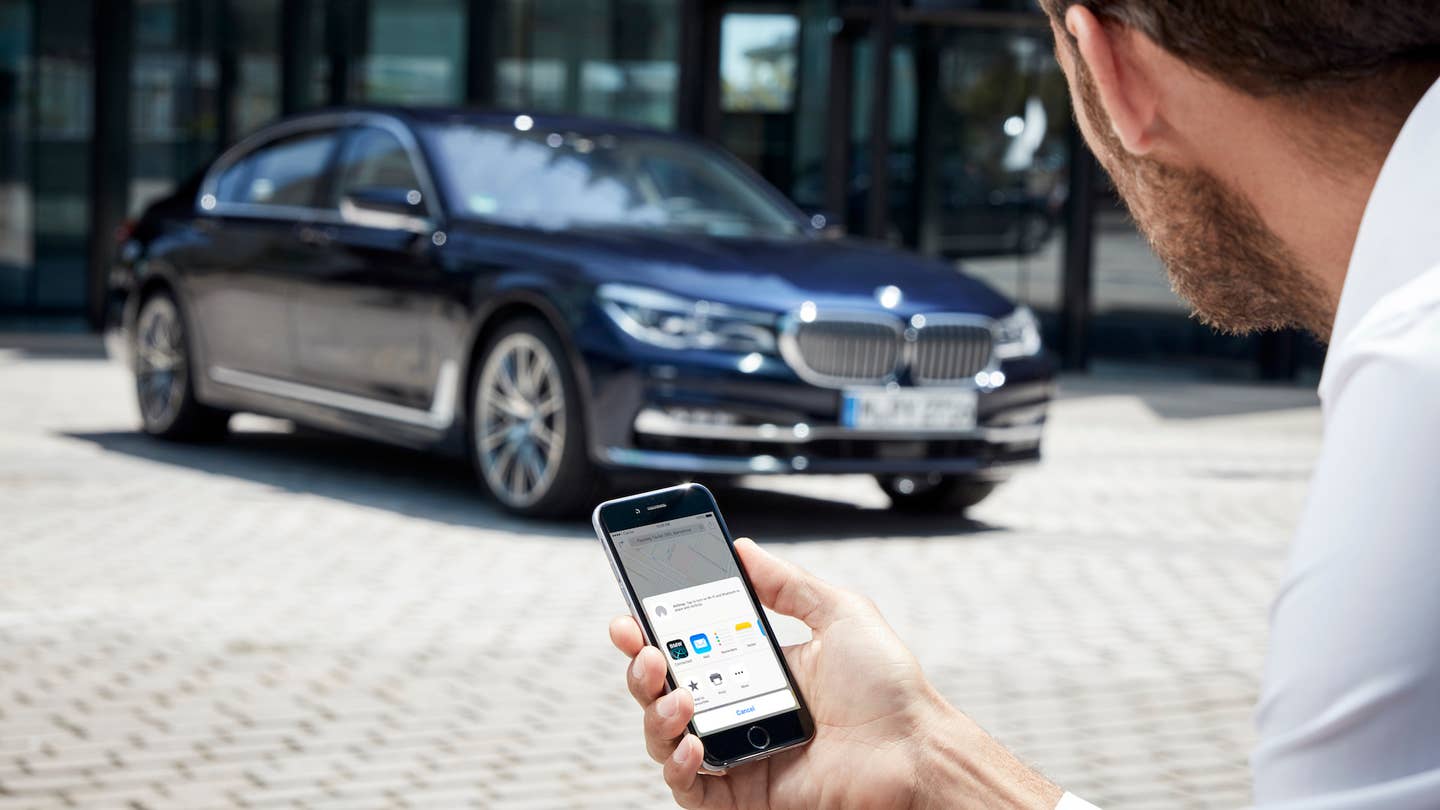 Keyless entry via proximity fob? That is so 2005. In case you just stepped out of a time warp, we're here in 2016, which means we now have the ability to unlock your car with the sound of your voice. BMW is creating an Amazon Echo Alexa skill—for the uninitiated, a "skill" is basically an app—that allows owners to lock their cars via voice command and have vehicle information read aloud to them through their in-home devices. The future is here, friends.

The BMW–Amazon Echo linkup is part of the carmaker's new service called BMW Connected, which it announced on Wednesday. The BMW Connected system is designed to connect owners' smartphones and other intelligent devices to their Bimmers, giving them the chance to stay abreast of their car's status via app. BMW Connected can use your phone to tell you when you need to leave in order to reach your destination on time, and ping directions from your smartphone to your car. It can even help you locate your car if you lose it in a parking garage by sending the exact location to your phone and allowing you to flash its headlights.

Simple stuff, sure, but handy. That said, we'll admit it: We're more excited about the ability to unlock a car with a casual sentence to a virtual assistant. (Maybe we've watched Iron Man too many times.)

Starting sometime late this year, BMW owners who also have an Amazon Echo around the house will be able to ask Alexa, the Siri of the Echo, to read out the available driving range of the owner's (electric) car, or ask her to lock and unlock the car doors. But if you don't have one of Amazon's eavesdropping speakers sitting around your house yet still want to control your Bimmer through a piece of futuristic technology, don't fret; BMW Connect also works through the Apple Watch.