The Lamborghini Urus Has Turbos So It Can Go Dune Surfing 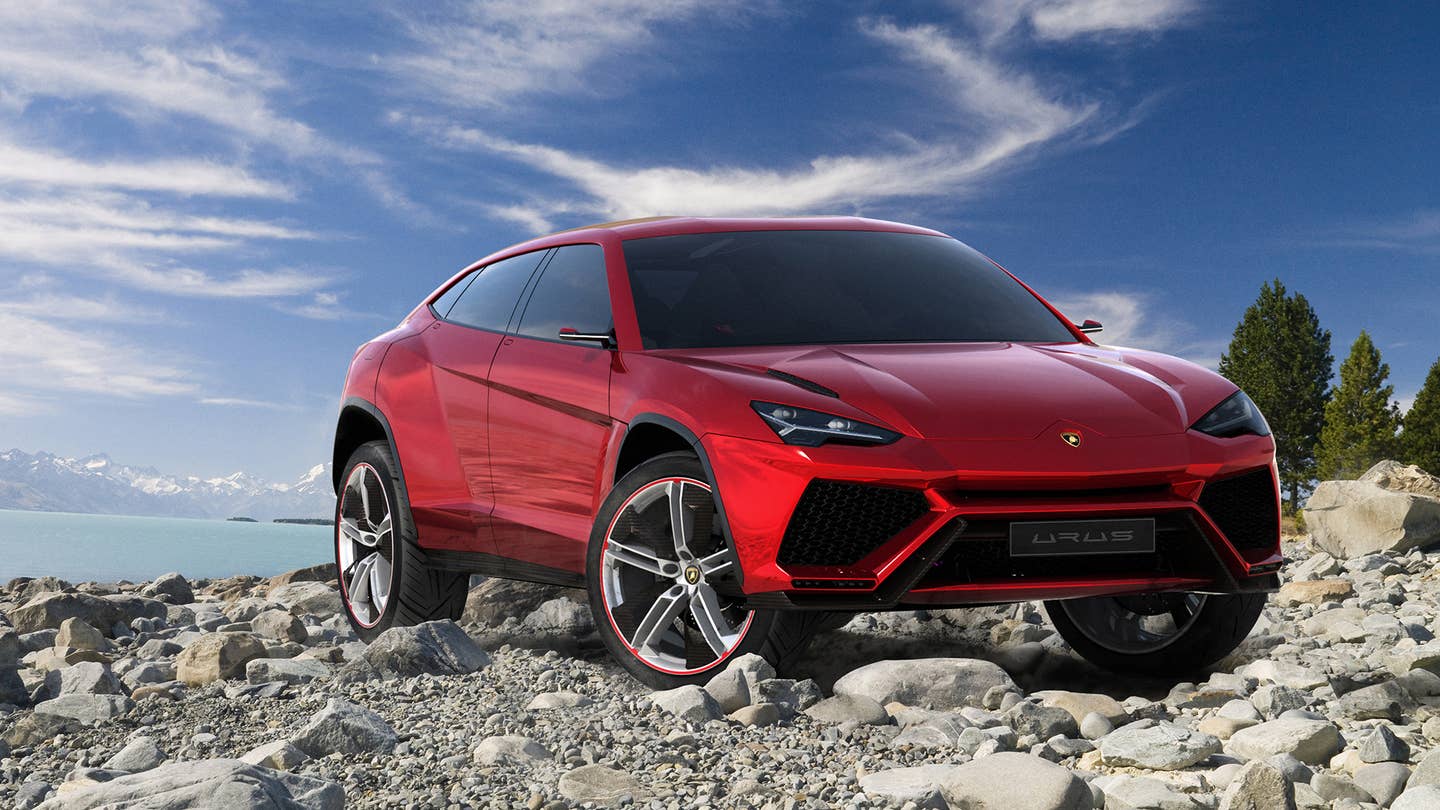 When the Lamborghini Urus hits the streets sometime in the next couple of years, it won’t just be the first SUV the company has made since the the carmaker’s first SUV since the LM002. It’ll also be the company’s first time using a turbocharged engine in a production car. You may have thought this was a choice motivated by fuel economy reasons, or to simplify the production process. But according to CEO Stephano Domencali, the real reason the Lamborghini Urus uses turbochargers is so it can go dune surfing.

“We will have a turbo—and for one reason. With an SUV you need to have a level of torque at low rpm and only a turbo engine can release this,” Domencali said in an interview with Australia’s CarAdvice. “Otherwise if you want to do…dune surfing…without a turbo you don’t have enough torque to come out from the dune.”

“This was a strategic decision and it’s the first time Lamborghini will use a turbo, but not in a super sports car. In an SUV. Why?” he said. “Because if you made an engineering calculation of what is needed to use in off-road capability, you see immediately you need torque that only a turbo can release.”

Reggiani also dropped another truth bomb about the upcoming SUV. Unlike the Huracan and the Aventador, which respectively use dual-clutch and sequential automated manual transmissions, the Urus will use a traditional torque converter automatic. Blame all that juicy turbo torque flowing to the wheels.

“We’ll be using a torque converter, because the torque necessary will be so high that no double clutch can manage this level of torque,” he said, presumably while thinking about anything but the Bugatti Veyron and its seven-speed dual-clutch gearbox.

Don’t fret, however—in spite of the low-end grunt, the slushbox, and the elevated driving position, the CEO swears the Urus will still feel like a true Lambo. “If you perceive and close the eyes without seeing anything and drive the car,” he said, “you will know it’s a real Lamborghini.”

While the Urus will ride on the same platform as the Audi Q7 and the Bentley Bentayaga, Domencali told CarAdvice the Urus would use a unique V8 engine. That said, considering the VW Group has effectively begun winding down eight-cylinder engine development, we at The Drive would guess the CEO was referring more to a unique state of tune than an entirely bespoke motor.