Yeah, it’s one of the rarest and most valuable VW Bus models ever. What about it? 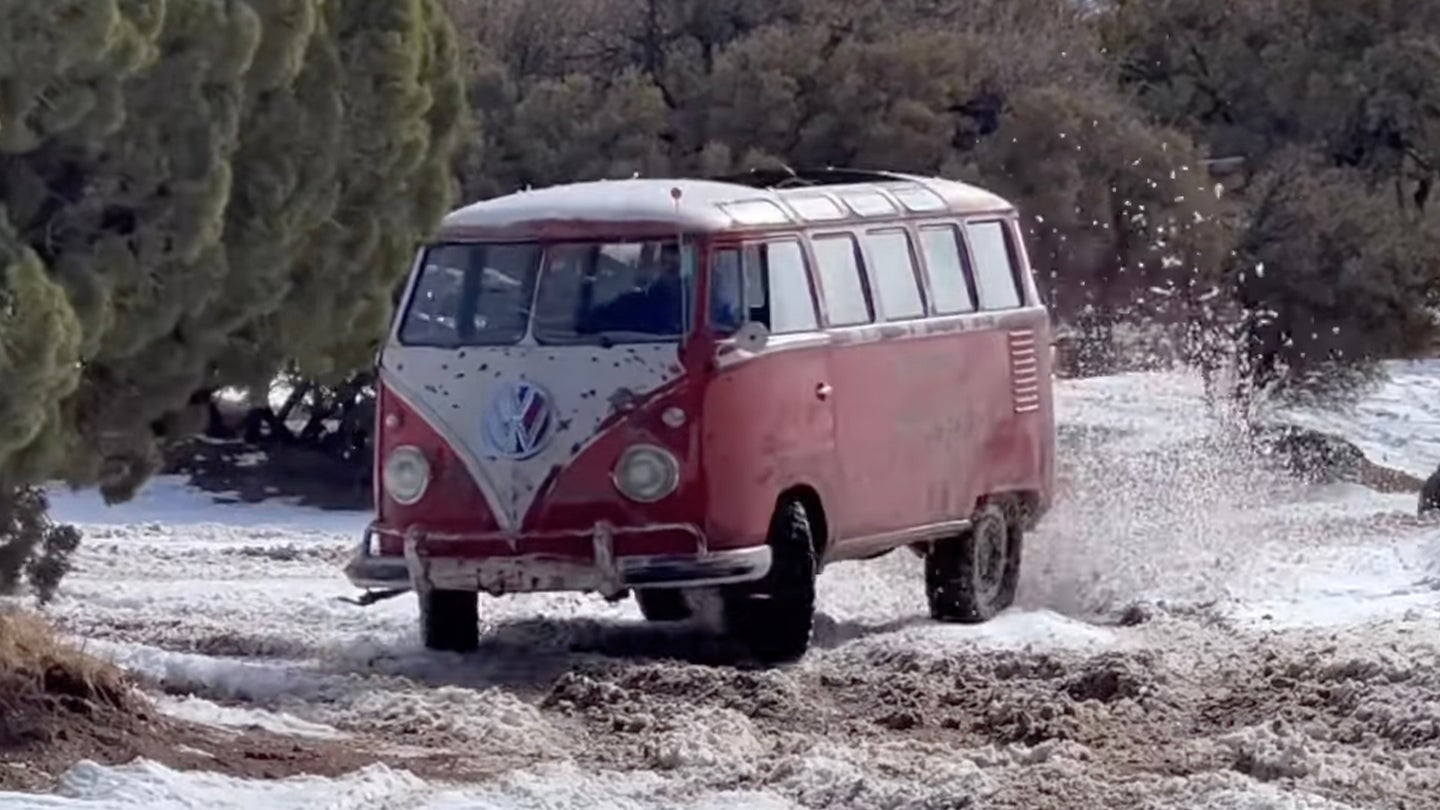 A Volkswagen Beetle feels disposable enough that it's hard to get hung up about taking one off-road. A VW Type 2 bus, not so much—especially if it's the rare 23-window Samba. Still, in the same way some people can thrash supercars in the dirt, so can the same kind of person wheel an exceedingly rare VW bus down a trail like it's a $300 Chevy Tracker.

Such is done by Instagram user @calivwbus, who recovered a barn find 1959 Type 2 that had sat for the last 38 years. Since getting it running again in April 2021, he has driven the bus over 16,000 miles, a fair number of them off-road, where it has proven surprisingly capable.

It's a bit top-heavy and sure, it doesn't have a ton of ground clearance, but its approach and departure angles are relatively good. Plus, much of what little mass it has is concentrated over its driven rear wheels by its rear-mounted 1.6-liter dual-port flat-four. Rolling on mud tires, the owner says their Samba is more than capable of keeping pace with Baja Bugs, and as videos show, it's more than capable of kicking its tail out on loose surfaces.

The bus's owner told The Drive that he plans to enhance his Type 2 with a bored and stroked 2.3-liter engine that appears to have come out of his previous VW before its sale. Its body, though, will remain unrestored, not just because it's easy to scuff up again given the kind of driving it sees, but as he put it, "it's only original once."

I won't tell everybody with one of these in their climate-controlled garage to treat it this way, but I won't tell them not to, either. The results are infinitely more fun than stashing it away for decades. And while a Bring a Trailer auction provides a week's worth of thrills as you watch the ticker wind down and the bids go up, you'll never get to take yours into the wilderness if you're worried about paint thickness and low miles.

The Electric VW ID Buzz Van Will Debut on March 9

The classic shape returns, this time powered by electricity.