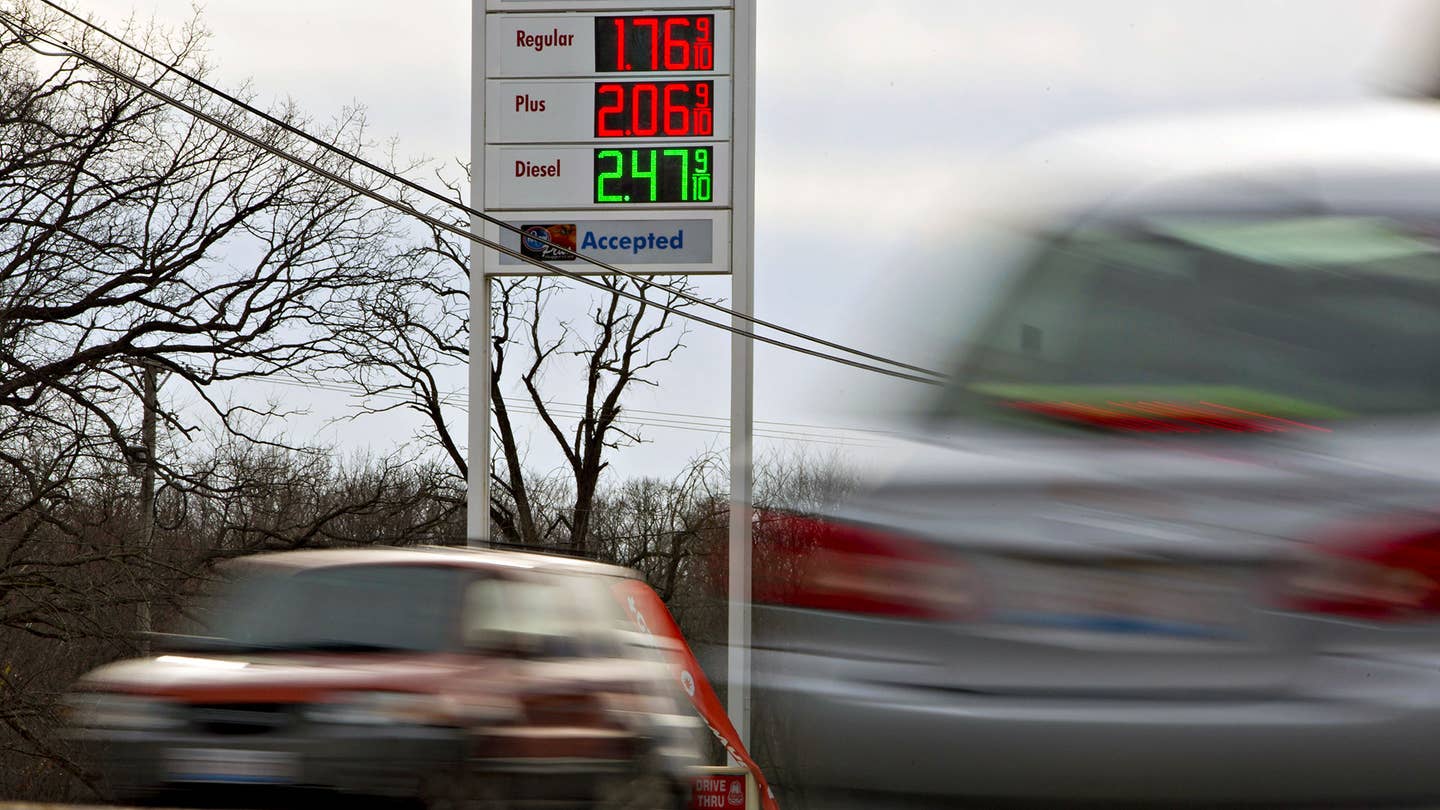 Last Friday, just as millions of Americans were about to hit the road for the July 4th holiday weekend, the National Highway Traffic Safety Administration announced that preliminary data show a jump in traffic deaths from 2014 to 2015. An official quoted in the agency's statement cited cheap gas prices as a major cause behind the uptick in deaths, along with Americans driving more than in previous years—which can be in part tied back to the aforementioned cheap gas prices.

NHTSA's numbers show an estimated 35,200 people died in 2015, which is a serious jump over the 32,675 reported deaths in 2014. The agency said the most severe increase in fatalities was seen amongst pedestrians and bicyclists.

“As the economy has improved and gas prices have fallen, more Americans are driving more miles. But that only explains part of the increase. 94 percent of crashes can be tied back to a human choice or error, so we know we need to focus our efforts on improving human behavior while promoting vehicle technology that not only protects people in crashes, but helps prevent crashes in the first place.”

So not only does the government want people to become better drivers, it feels accident avoidance technologies—like automatic braking, which will be standard in all U.S.-bound cars by 2020—also need to be pushed into the mainstream sooner rather than later.

As CNN Money writes, the number of traffic deaths wasn't just related to the greater number of miles being driven; the frequency of fatal crashes also increased between 2014 and 2015. Last year, 1.12 deaths per 100 million miles driven would occur, which was bumped up from the prior year's rate of 1.08 per 100 million miles. Hey, maybe Americans are just becoming progressively worse at driving.