The Beloved Lancia Delta Will Return as an EV

We hope they call it the Integral-E. 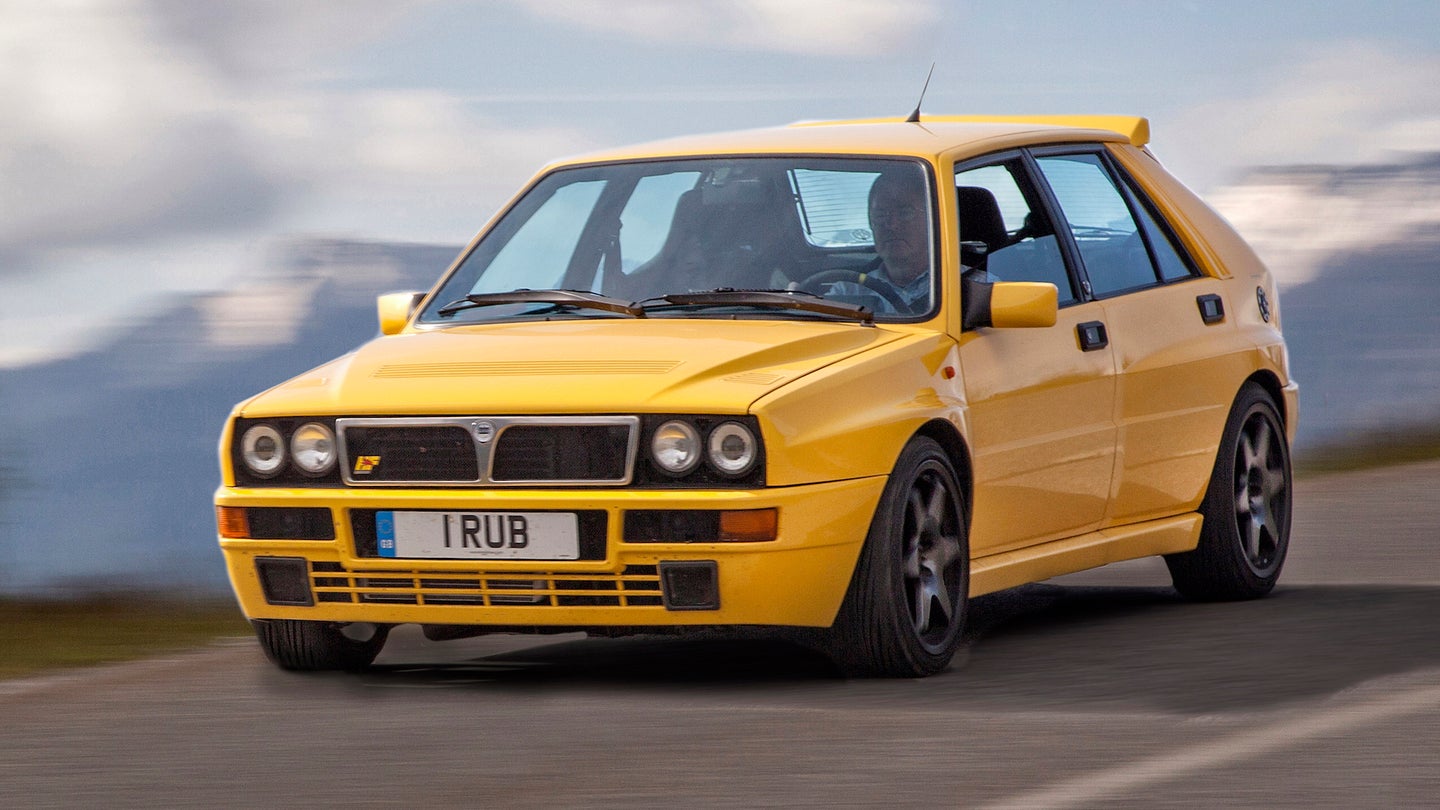 Chrysler and Lancia have more in common than just being owned by Stellantis. Both have declined into near nonexistence since their last golden ages, the former's characterized by full-size sedans and minivans, the latter's by six straight World Rally Championship wins with the Delta Integrale. Both may soon be down to just one model, and if they can't turn things around within a decade, face the chopping block. Lancia has one more shot at success, at which it believes the Delta hatchback is crucial, with its CEO confirming to Italy's Motori Corriere that the historic hatch will return as an electric vehicle.

"Everyone wants the Delta and it cannot be missing from our plans," commented Luca Napolitano, Lancia CEO. "It will return and it will be a true Delta: an exciting car, a manifesto of progress and technology. And of course, it will be electric."

Napolitano reportedly confirmed the renewed Delta won't arrive for years, until after the next generation of Ypsilon subcompact—currently Lancia's only model. That car doesn't come until 2024, two years before all new Lancias must reportedly be electric. It's not clear, then, when the Delta will relaunch, though two things are almost certain. For one, with Napolitano promising an "exciting" EV, we can expect some sort of spiritual successor to the rally-derived Integrale Evo, and for two, it'll almost certainly never be sold in the United States. As a Lancia, anyway.

Hypothetically, Stellantis could import unfinished Deltas to the U.S. and sell them under a local brand, possibly Chrysler, Dodge, or even both. It'd be one hell of a comeback for the Dodge Omni, though a GLH-S version is probably off the table, given Shelby's close involvement with Ford these days. A GLH-E in its place, though, would be just fine.