The World’s Largest Plane Is Made to Launch Rockets 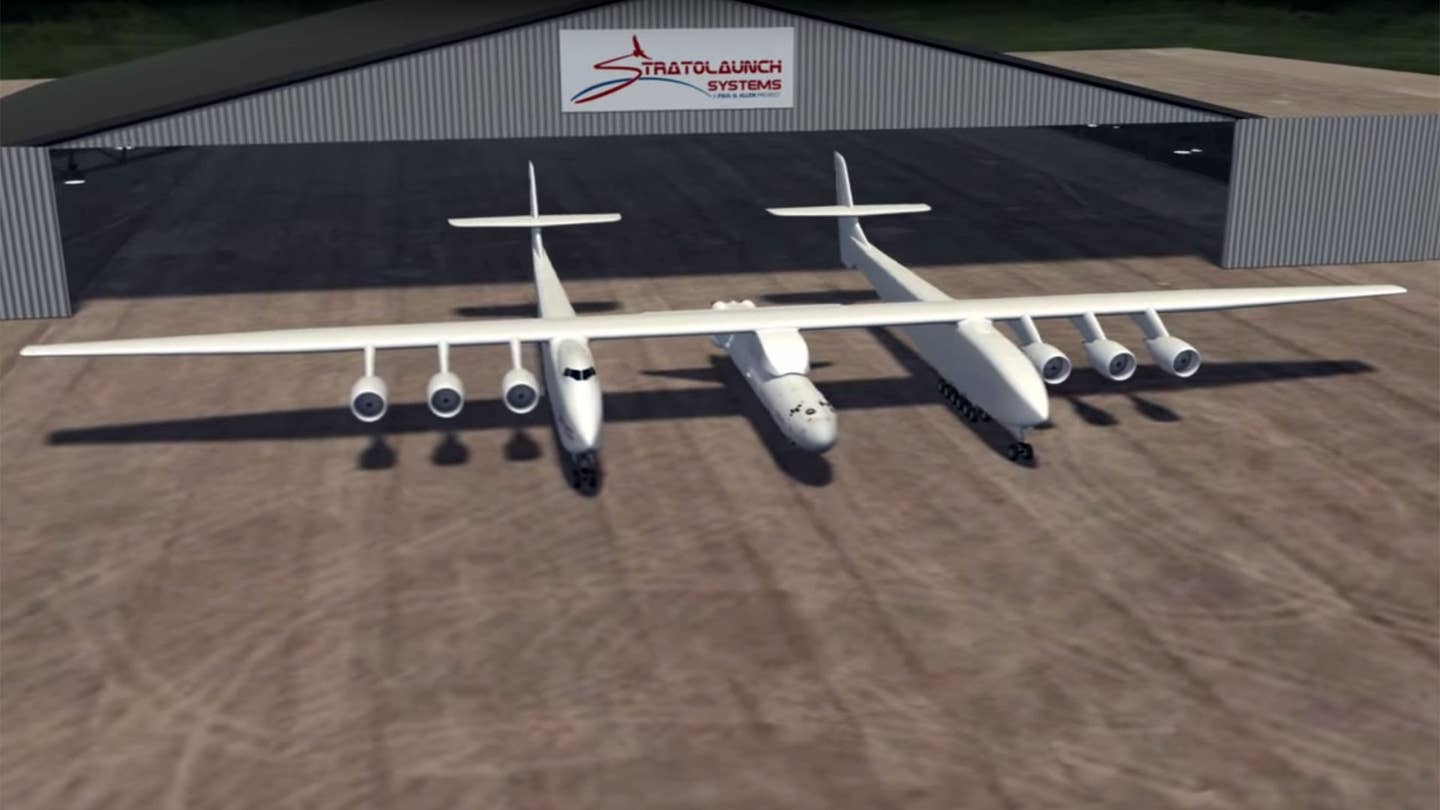 The world's largest plane is almost ready to fly. Vulcan Aerospace is three-quarters of the way through the process of building the world’s largest airplane—a freakish-looking bird named "Roc" with a wingspan 95 feet greater than the the Antonov AN-225 cargo transport that currently holds the title.

Roc’s 385-foot wingspan is double that of the famous Boeing 747, and 65 feet more than Howard Hughes’s gargantuan Spruce Goose. The name comes from a mythical bird that carried an elephant in its talons.

Vulcan, created by Microsoft co-founder and gigayacht aficionado Paul Allen, intends to use the world's largest plane as the primary component of its Stratolaunch Systems mobile rocket launcher platform, which the company will use to launch satellites into low-Earth orbit.

Allen convinced legendary pilot and engineer Burt Rutan to come out of retirement to design and build the plane; the two men collaborated more than a decade ago on SpaceShipOne, the first winner of the Ansari X Prize. Rutan’s company Scaled Composites oversees Roc’s assembly in a ginormous Mojave Desert hangar, using the guts from two Boeing 747s Vulcan bought from United wrapped in a graphite composite skin. Roc will use six 747 engines to haul a payload of up to 550,000 pounds, including satellites up to 13,500-pounds tucked inside a 120-foot multi-stage rocket slung beneath the middle of the wing.

At least, that was the plan when the Stratolaunch program was announced 2011. The satellite industry has veered so quickly toward smaller payloads—epitomized by the 11-cm wide SunCube Femtosat—that Vulcan has had to radically alter its business plan, leaving many wondering if the gargantuan Roc makes sense anymore.

Vulcan says it’s on target to begin operations by the end of the decade, but the company hasn’t yet disclosed what rocket it will use as a launcher. A deal to use a reworked SpaceX Falcon 9 with five engines fell though, followed by a failed partnership with Orbital ATK (formerly Orbital Sciences Corp) for a redesigned Antares.

The plane's key advantage over traditional rocket launches is its resilience. Roc and its three-person crew can take off with minimal notice from any airport in the world with a 12,500-foot runway, fly around bad weather, and orient the launch vehicle toward any orbital inclination. Vulcan also plans for Roc, with its 3,300-mile range, to be able to launch numerous satellites and rockets in a single flight.

The plane should be finished this year. Test flights are scheduled for 2017, with commercial service is expected by 2020. The company's executives predict Stratolaunch Systems will carry out one flight per month once everything is a go, with half the business coming from the US government and military for units like climate data and remote sensing spacecraft.