The new recall concerns a defective component that could lead to a dangerous swerve under braking. 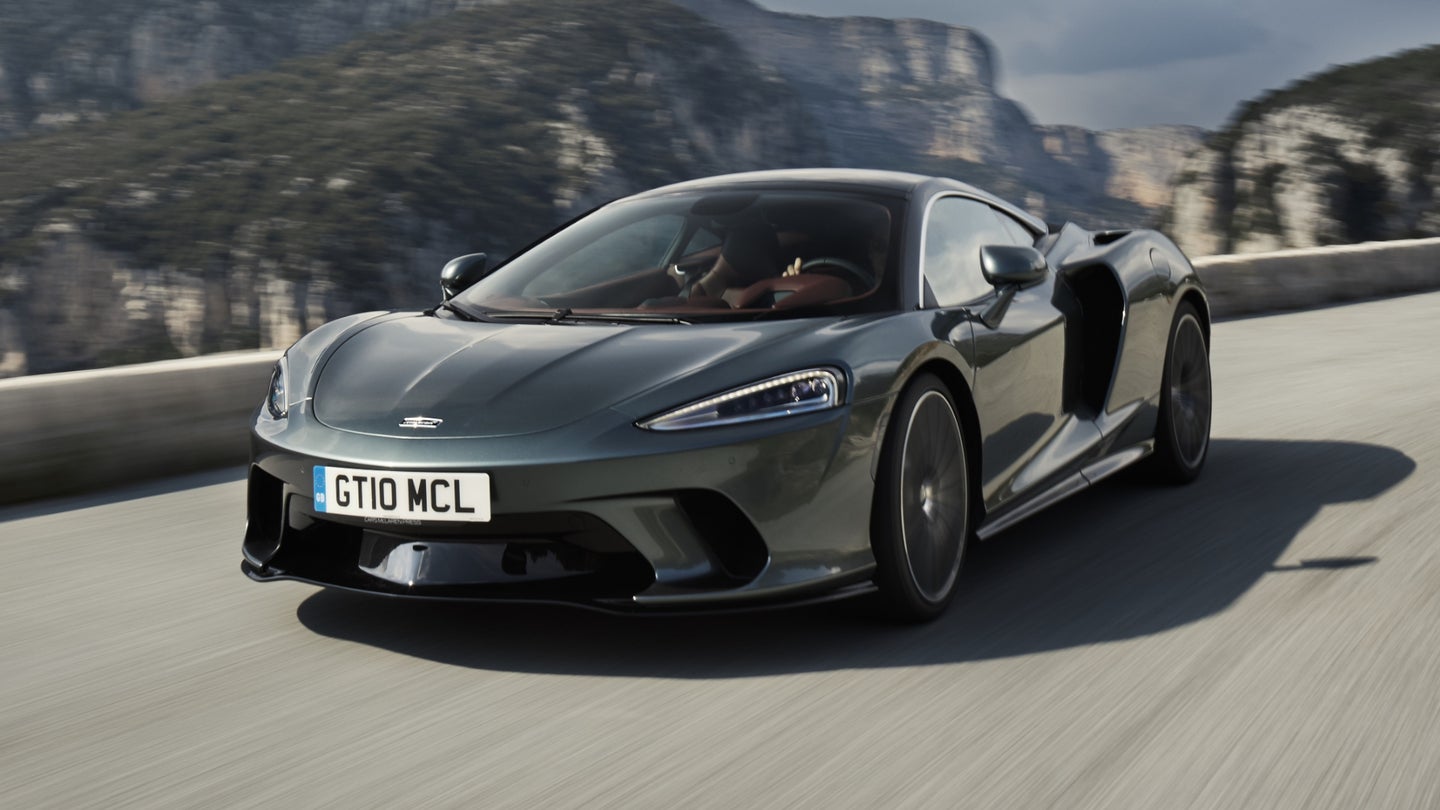 It goes without saying that the faster your car can go, the better the brakes you'll want fitted to bring you safely to a stop. McLaren makes some awfully quick vehicles, so you'd certainly want to be able to trust the brake pedal when you need it. News this week is that the British manufacturer has issued a recall for 19 of its vehicles due to faulty components in the braking system, reports Carscoops.

The cars affected were built between July 8, 2019 and March 15, 2020. On the list is a 570S, a 600LT, seven McLaren GTs, and ten 720Ss. The cause of the recall is a defective banjo bolt in the braking system, which was incorrectly manufactured by a component supplier.

According to the recall, the banjo bolts in question are missing a hole that supplies hydraulic fluid to the caliper. This would make the brake on the given wheel completely inoperative. Typically, this would be something that a driver would notice almost immediately, with the car pulling to the left or right under braking when one caliper fails to engage. However, the recall notes that the car's electronic stability control (ESC) system will naturally counteract this by braking other wheels harder to maintain the desired course. Thus, it's possible some McLaren owners have been driving with just three working brakes for almost two whole years, without even realizing.

The problem first came to light earlier this year when a Kuwait-based dealer was test driving a 2020 model year McLaren GT. It was noted the car pulled to one side under braking. Inspection revealed the defective banjo bolt, which was reported to McLaren headquarters on May 2. Investigation up the chain at supplier Goodridge Limited indicated that a drill bit used on a production machine had snapped, with sensors and quality checks failing to detect the issue prior to shipment. Thus, defective parts missing the crucial hole were inadvertently sent to McLaren to be fitted to vehicles.

Repairs for affected vehicles will be free of charge through McLaren's dealer network. No timeline for the repairs has been stated but affected owners will likely be contacted directly by the manufacturer. Recalls for braking components are always concerning, but McLaren isn't the only automaker to face such an issue. 2020 saw Ford recall Mustangs for defective brake pedal brackets, while VW recalled 766,000 cars in 2017 for ABS problems.

The fact that nobody noticed the problem until this year speaks to the quality of McLaren's electronic stability control. If you'd asked us, we wouldn't have expected it could hide an entire malfunctioning brake caliper, but there you go. Owners of affected vehicles should expect to improve at their local circuit by several tenths a lap once their vehicle is braking with all four wheels. If your McLaren is subject to the fix, be sure to let us know how you go.