It looks the same as the BRZ and uses the same 2.4-liter flat-four but Toyota says it has done work to give the GR 86 its own driving character. 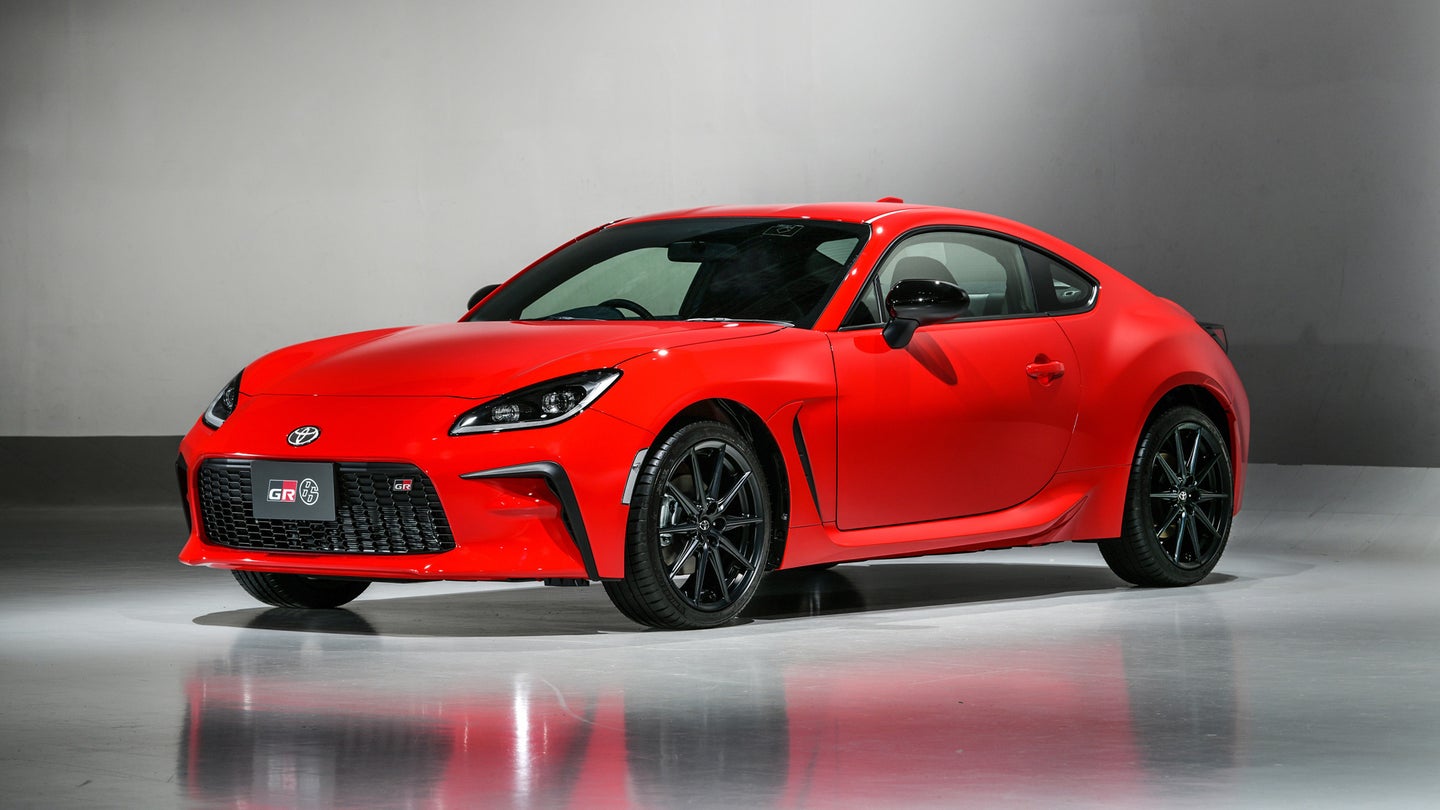 Almost five months after Subaru took the wraps off its "new" BRZ, Toyota is finally unveiling its twin, the 2022 GR 86. Lo and behold, it looks 95 percent the same as the Subie.

Don't count on it to drive the exact same as that car, though, because Toyota says it's been working to give the GR 86 a "unique driving feel through friendly rivalry with Subaru." That line partially coincides with rumors that the car was actually delayed after Toyota boss Akio Toyoda told engineers to tweak the GR 86 at the last minute so it drives differently from the BRZ. As for what that "unique driving feel" actually entails, Toyota is remaining vague, only saying that the GR 86 will "provide happiness to 86 fans, and realize an evolution of the 86's unique driving sensations."

"...the new GR 86 is specially designed for sports performance, and provides direct and satisfying driving performance of the highest order," the press release continues.

Beyond different tuning, this car's hardware is all pretty much the same as the BRZ. The front lower fascia is different but, like the BRZ, the GR 86 is powered by a Subaru 2.4-liter, naturally-aspirated flat-four (each cylinder has essentially been bored out by 8mm versus the old 2.0-liter) using Toyota's D-4S injection system. In the Japanese market, this motor is rated at 232 horsepower but don't be surprised if the U.S.-spec car mirrors the American-market BRZ's 228hp. Peak torque of 184 pound-feet comes in at 3,700 rpm. Redline is expected to be the same as the BRZ's, 7,000 rpm, while absolute max revs are capped at 7,400 rpm.

Those power and torque specs are up from the previous 86's 205 hp and 156 pound-feet. Engine responsiveness has also apparently been improved. More notably for the spec-sheet racers in the crowd, Toyota has released an actual acceleration stat: zero to 62 mph in 6.3 seconds. In contrast, the old 86 took 7.4 seconds.

The rear-drive, sporty Toyota will come with a six-speed manual or six-speed automatic transmission. 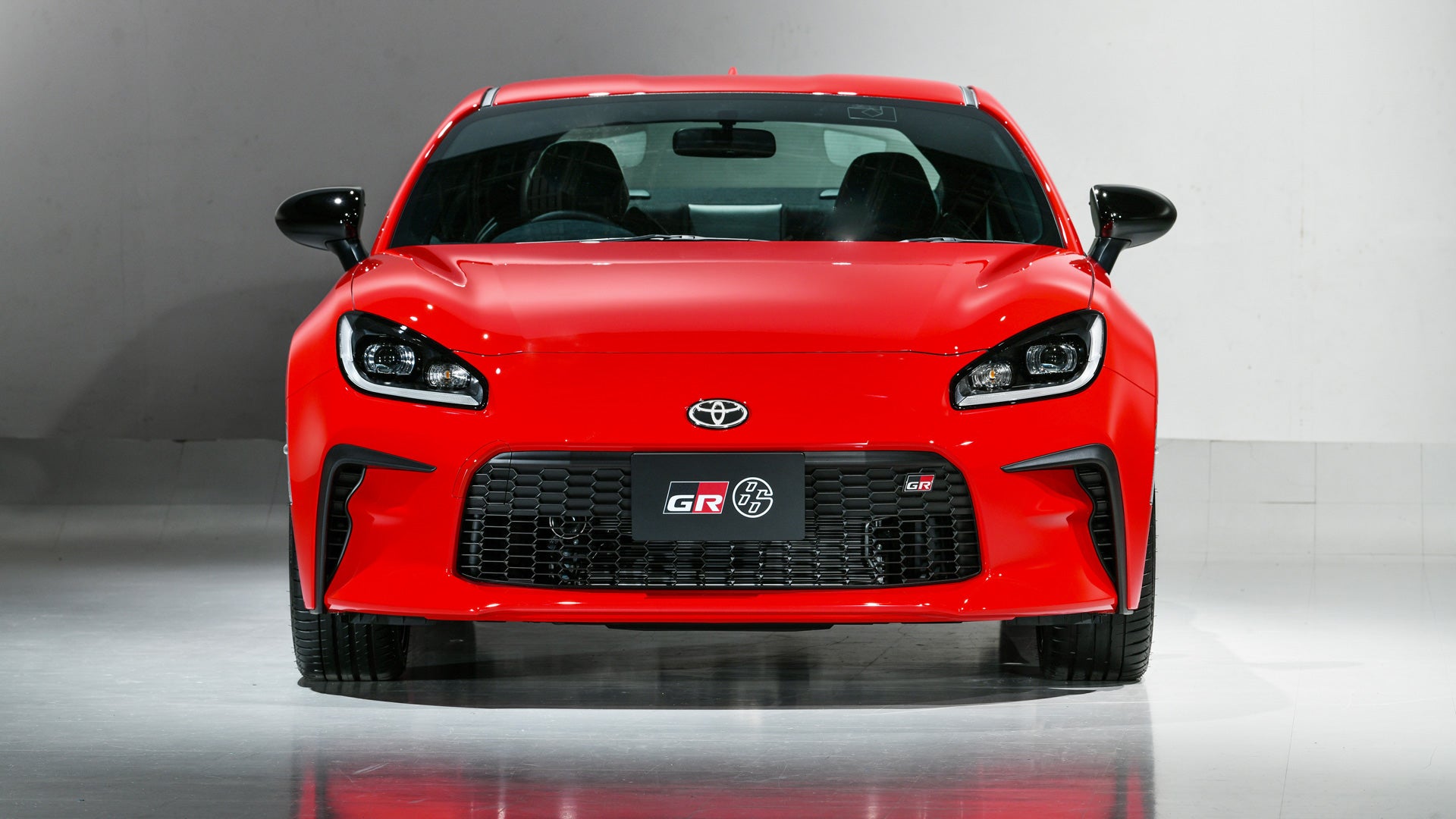 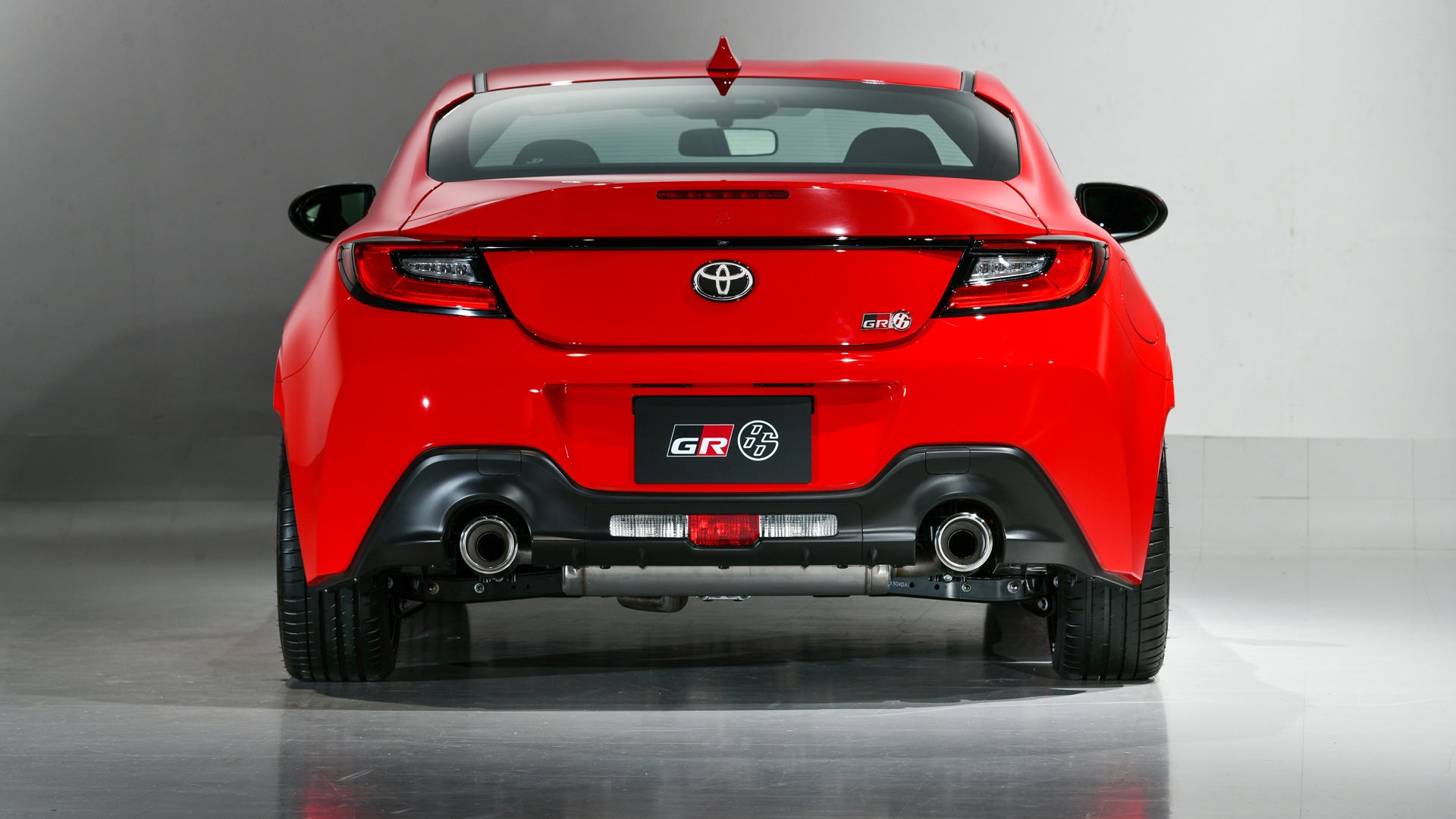 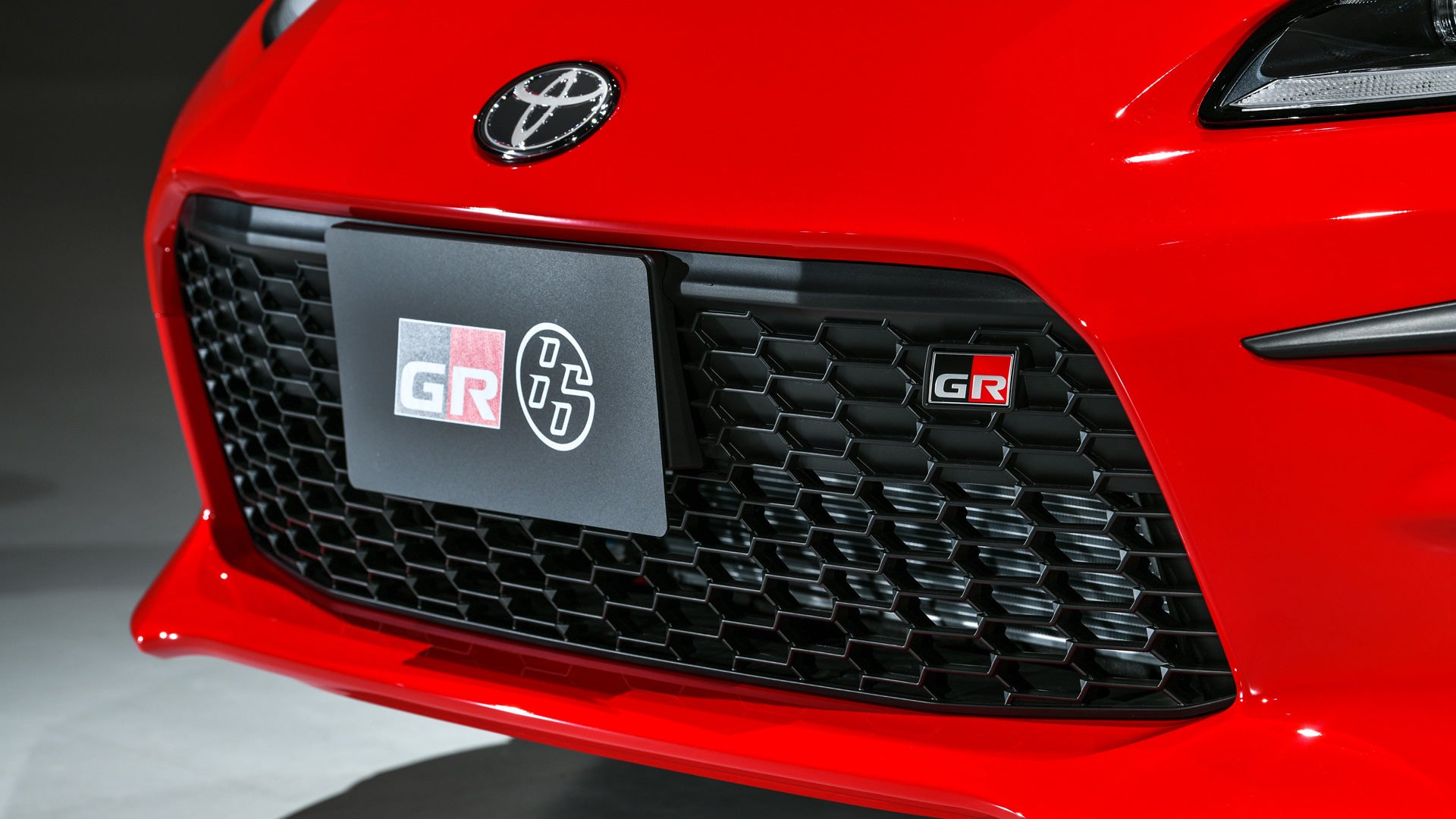 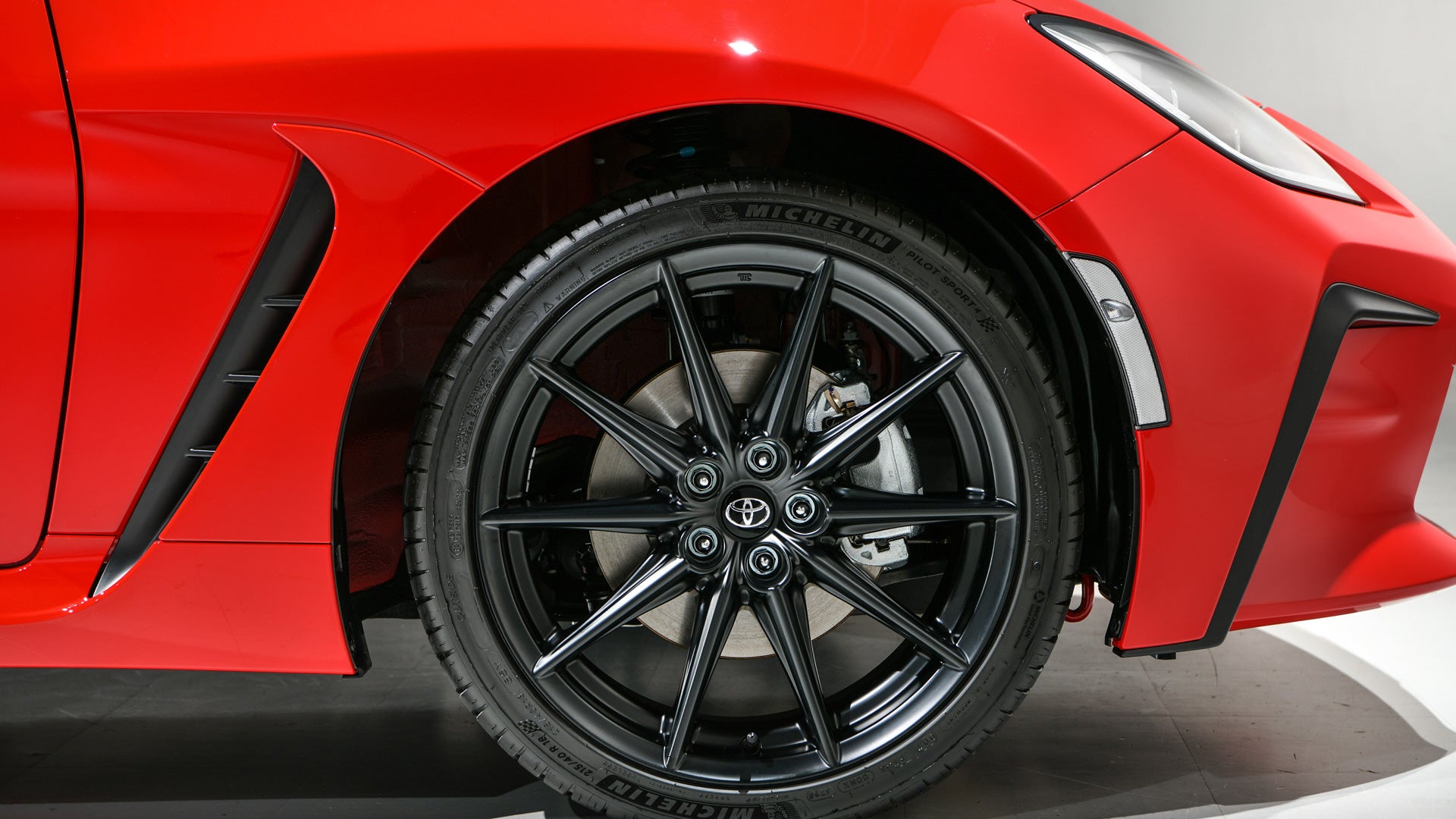 Just like the 2022 BRZ, the center of gravity and overall height is even lower than the previous generation with an aluminum roof and aluminum fenders as well as updated front seats and mufflers all helping to make the car lighter. Torsional rigidity is up 50 percent while 18-inch wheels are wrapped in skinny 215-mm wide tires all around. 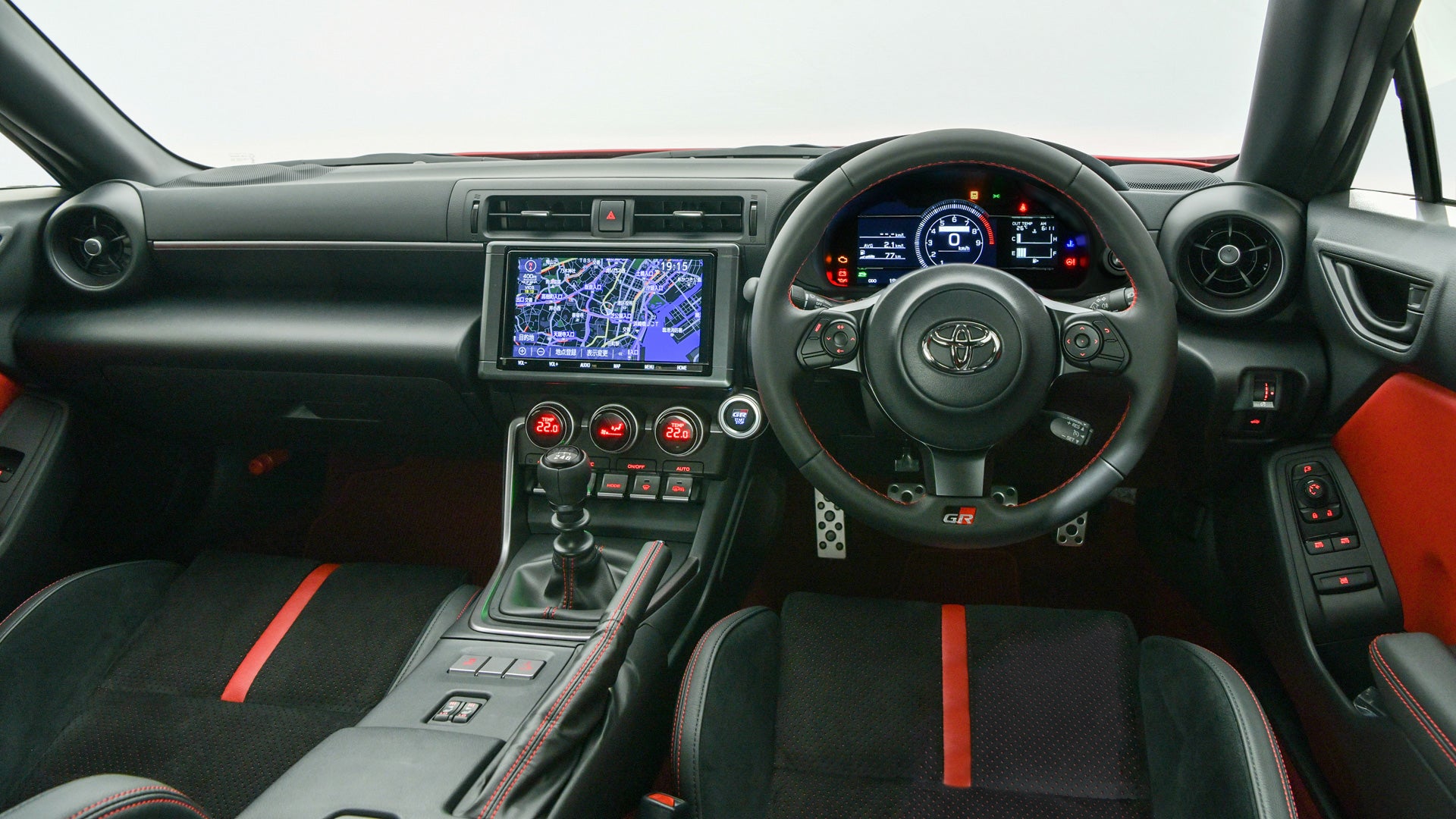 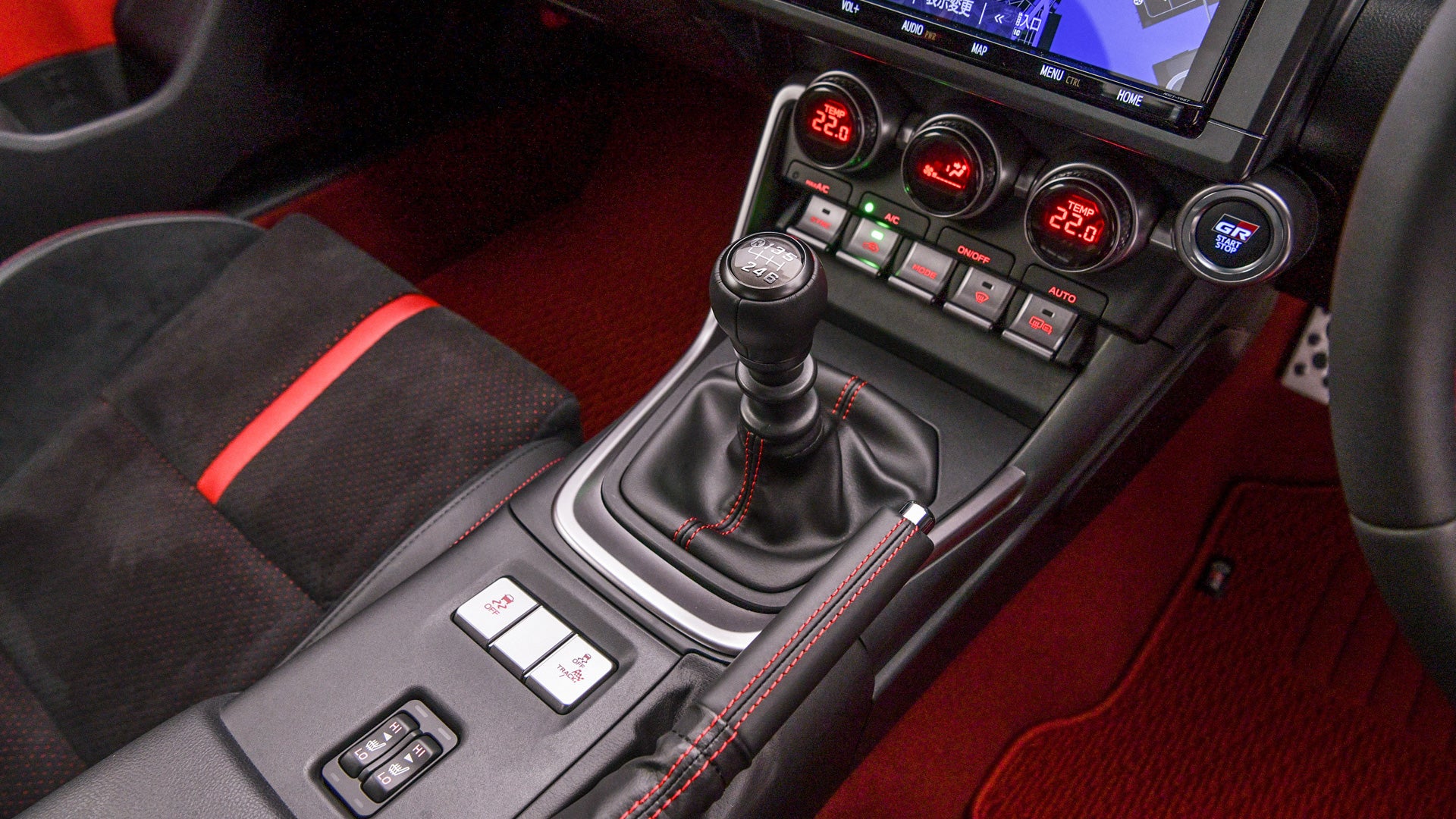 Stepping down into the GR 86's low-slung cockpit, the cabin is similarly Subaru with a seven-inch screen onboard and, interestingly, Subaru's EyeSight ADAS on automatic cars rather than Toyota's own Safety Sense system—as if anyone needed any further proof of this car's Subaru roots. That said, good on Toyota for apparently trying to differentiate this car from its Subaru counterpart in the driving department; we'll save our verdict on how successful those efforts have been until we can get both cars together on the open road.

The 2022 Toyota GR 86 will launch in its home country of Japan this fall. Expect Toyota to announce official U.S. availability and pricing details sometime in the near future. 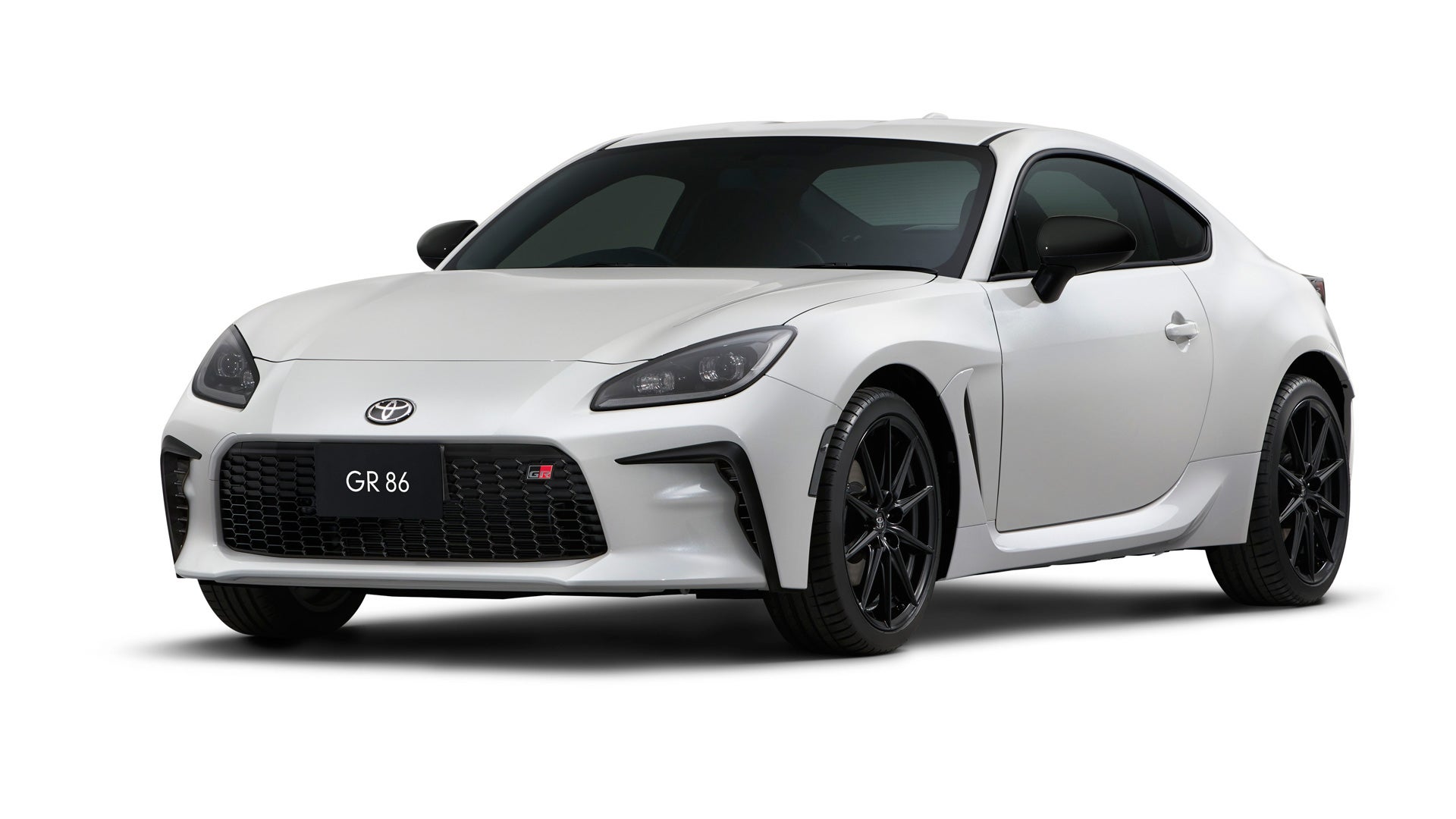 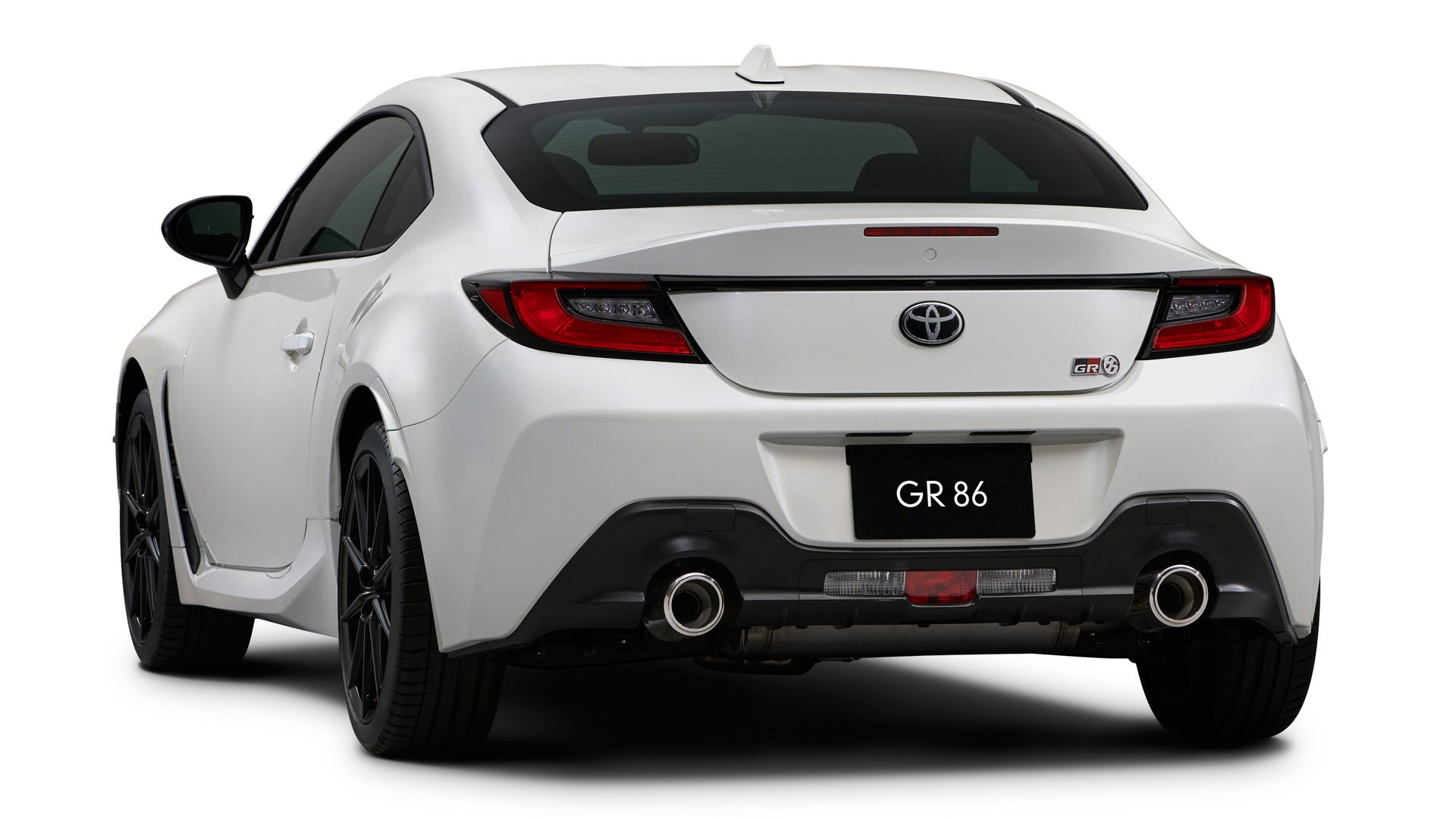 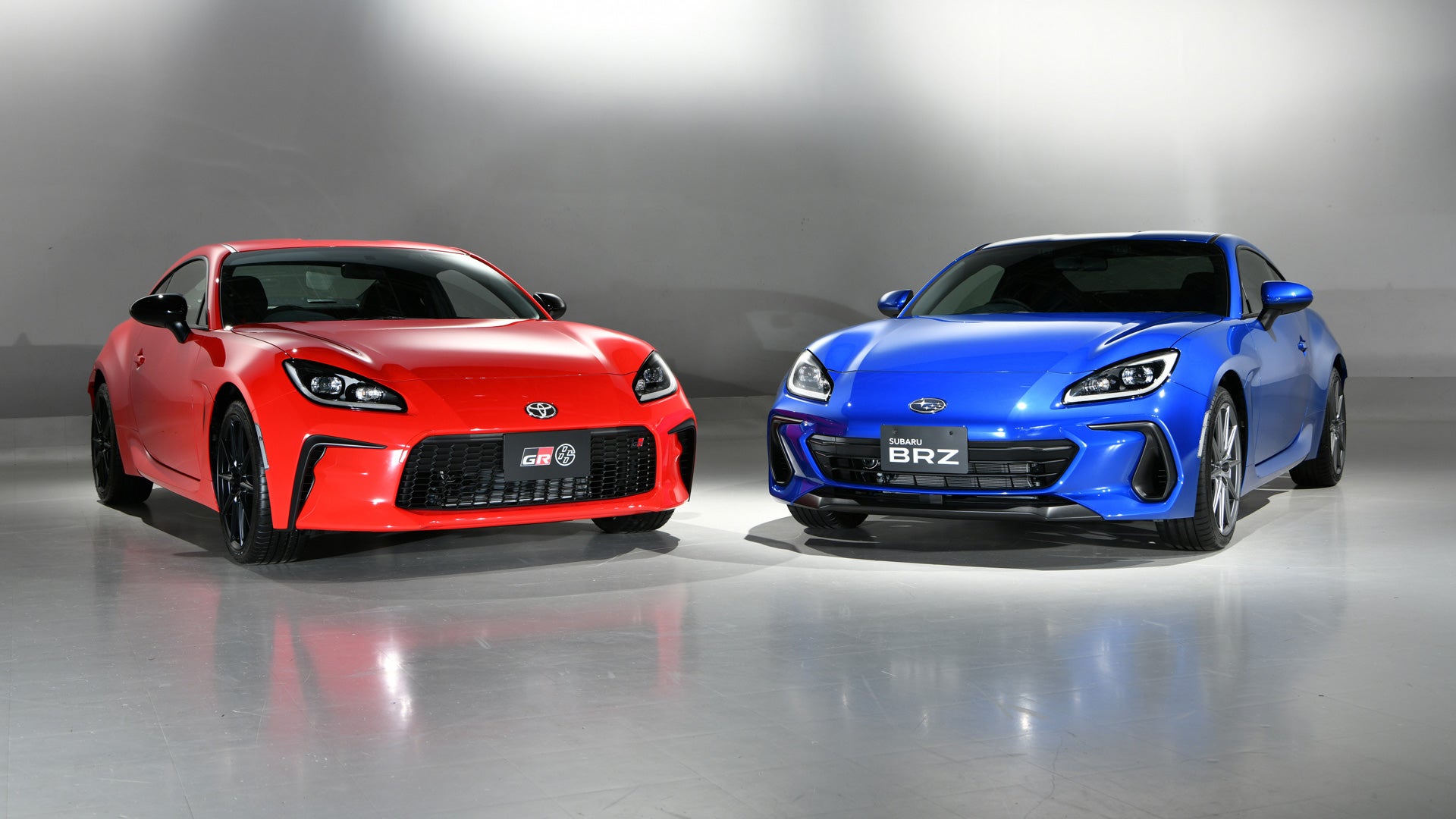