It’ll come to you. Just have faith. 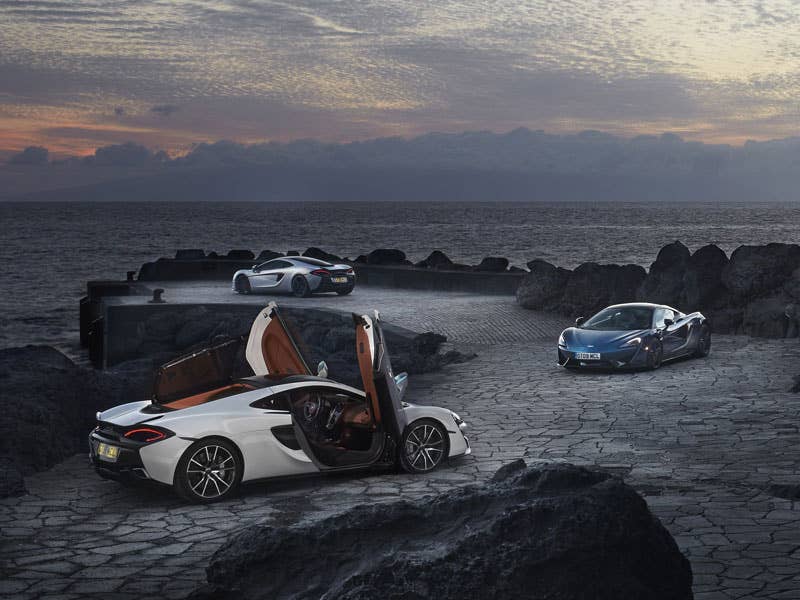 A few days ago, we had to zip over to the McLaren media site to dig up some pictures of the new MSO Carbon Fiber LT to share with you, our dear readers. When we landed on the home page, however, the banner image McLaren has sprawled across the top caught our eye. We stopped for a second. Stared at it. Something about it seemed awfully...familiar.

The position of the cars, the location, the upraised doors on the 570 GT in the foreground...we'd seen it all before. But where? Did McLaren steal that basic shot from another car company? Did it remind us of some painting we'd seen hanging in the Met?

And then, like a thunderbolt cast down by Zeus—it hit us.

Yes, McLaren's headline image these days is a near copy of the album art for Eric Cartman's Christian rock band, Faith + 1.

Either this is one of the biggest coincidences in the long, traditionally boring history of automotive stock photography...or there's one very sneaky South Park fan working at McLaren who managed to sneak a fast one past Ron Dennis. (Hell, maybe it is Ron Dennis.)

Either way, we figured you'd appreciate it.