But we will judge you harshly should you buy one. 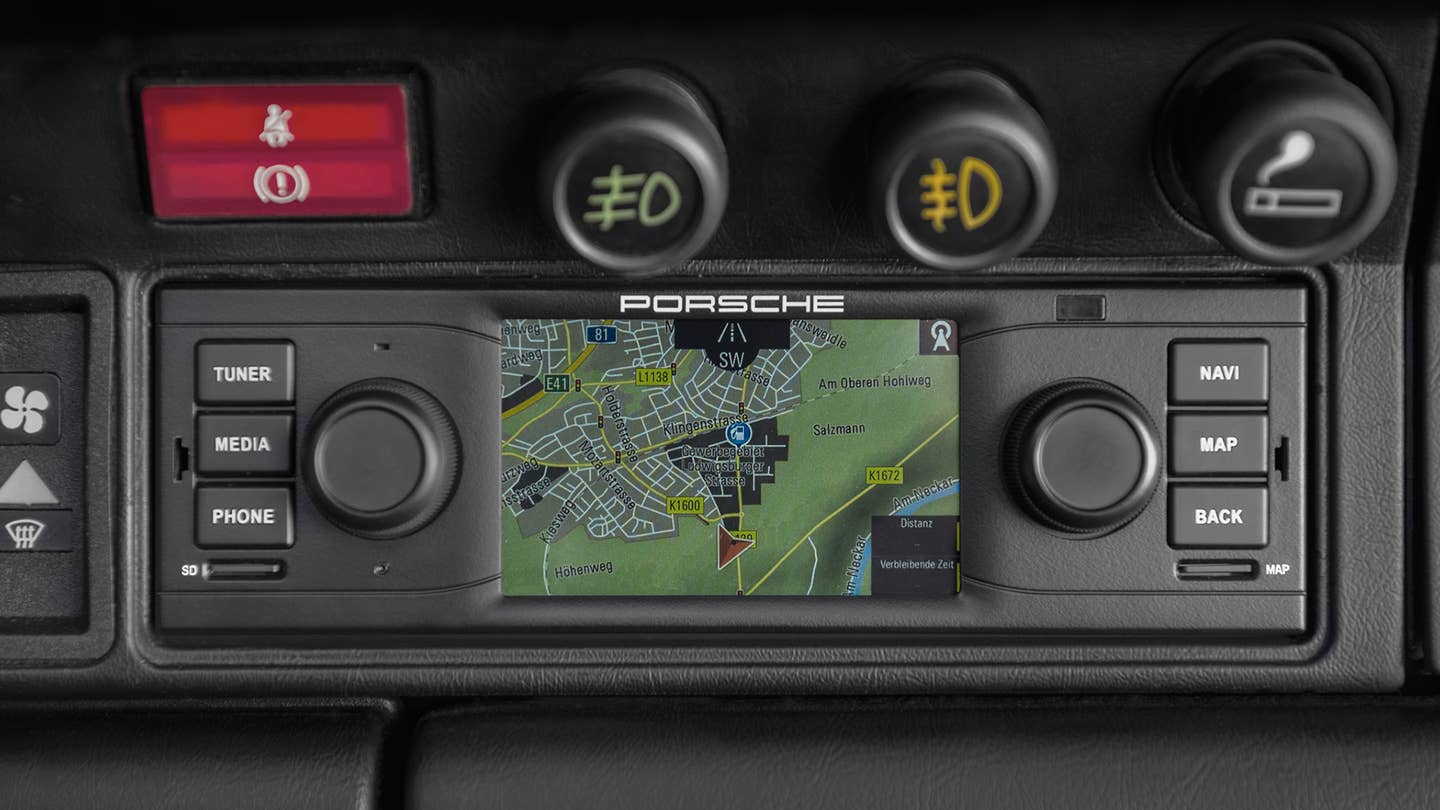 If you've ever climbed into a classic Porsche 911 and said, "Gee, the one thing separating this car from perfection is its lack of a navigation system," well, Porsche has just the thing for you: the Porsche Classic Radio Navigation System, a factory-authorized nav screen that slots neatly into the dashboard.

Also, if you have ever said that, you are insane.

It's not that the navigation system, which has been available in Europe since early 2015 but is now arriving in the U.S. and Canada, is gaudy or ugly. It fits snugly into the DIN-1 equipment slot used by Porsche radios for decades, and has been specially designed by Porsche to fit in with the aesthetic of earlier models.

But the glowing colors of a touch screen—even a teeny, tiny 3.5-inch one like the Porsche system has—have no place in the midst of the simple cabin of a vintage 911 or a venerable 928. Even the likes of the 914 and 924, those working-class heroes of Porsche sports cars, deserve better than to be saddled with the likes of Bluetooth connections to modern distractions like iPhones and Samsung Galaxys. And no Porsche made in an era when AM ruled the airwaves needs to be wired up for a satellite radio tuner.

Classic Porsches are beautiful not just for their looks or their speed. They're beautiful because they're a throwback to a simpler time, when cars were unburdened with computers and electronic distractions. They're an escape from this world of Snapchat and Instagram, of immediate gratification and constant amusement. Ironically enough, they're a way to slow life down for a little while.

So please, don't demean your old-school Porsche with one of these tiny nav systems. If you're that desperate to listen to Justin Bieber's "Sorry" behind the wheel of your 930, you deserve to have the turbos come on unexpectedly and punt you into an oak tree. Flick on the factory unit and dial up some scratchy classic rock. Or better yet, turn the radio off, listen to the engine wail, and be alone with your thoughts for a damn minute.

And if you really need technological help to figure out where you're going...pull over and punch it into Google Maps on your smartphone. Face it, you do that way more than you use your factory nav, anyway.

Uber Is Testing Cash Payments and Image-Based Navigation in Africa

Ride-sharing giant makes changes as part of a service expansion on the continent.