Must live in Arizona, be a fast typist, and be comfortable sitting on your duff for hours on end. 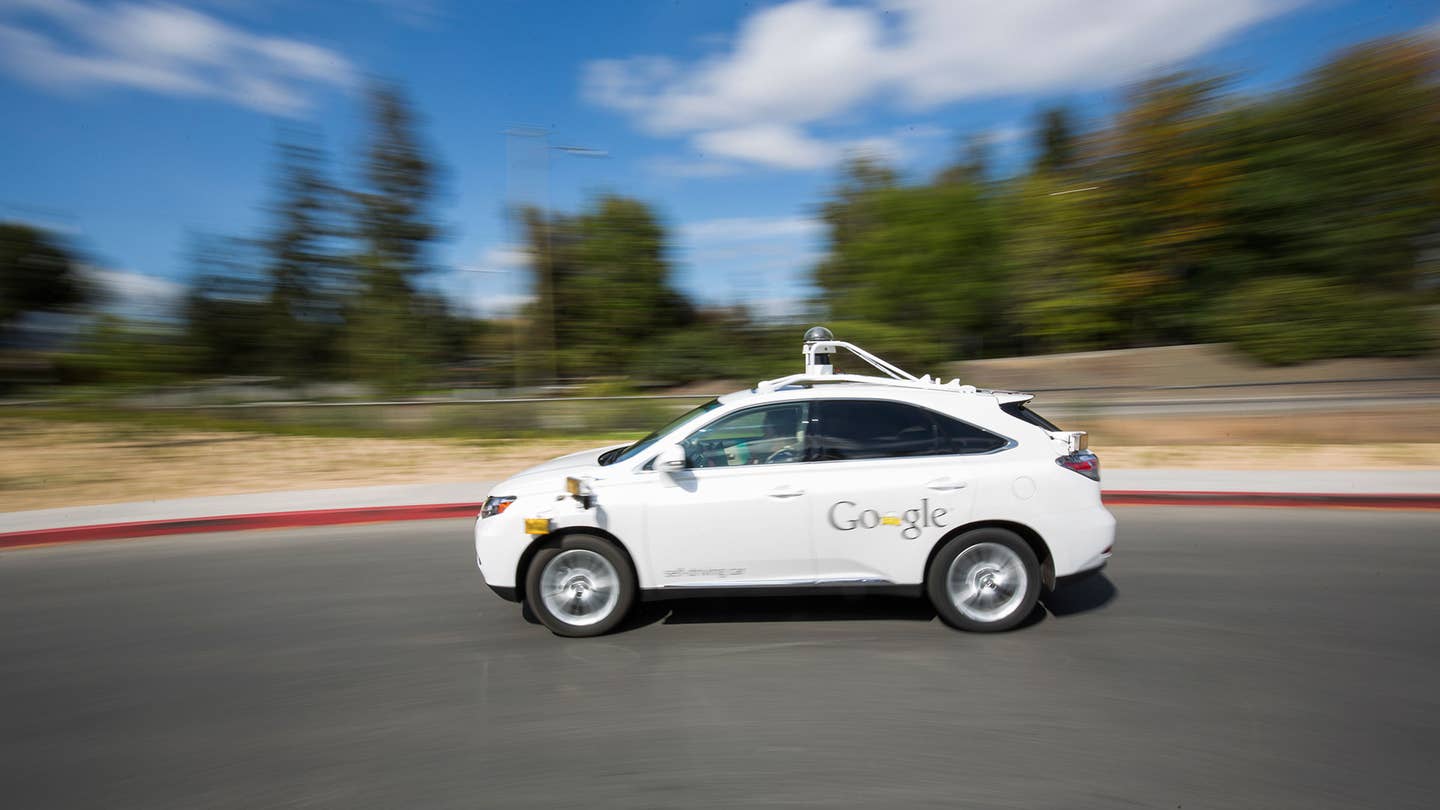 Looking for a new job that combines the cutting-edge technology of self-driving cars with the high-stakes, action-packed world of sitting on your ass and watching cars drive by? Then make your way to scenic Chandler, Arizona, where Google is looking for a few brave souls to sit in the tech giant's fleet of autonomous driving prototypes and monitor their progress. And the company is paying a Jackson (soon to be a Tubman!) an hour to anyone who fits the bill.

The "vehicle safety specialists," as the job listing on HireArt dubs the position, will be tasked with riding in the driver's seat of one of Google's Alphabet's self-driving Lexus RX sport-utility vehicles as it maneuvers its way through the streets of the Phoenix suburb, recording observations about how the autonomous SUVs handle the myriad traffic situations and providing feedback to the project's engineers. They'll also be responsible to take control of the car if needed—say, if the Lexus looks like it's about to lose a game of chicken with a bus during a lane change.

"The role of test driver is so new that there isn’t a particular type of person that we look for," Google self-driving program head of operations Brian Torcellini told azcentral.com, the website for The Arizona Republic newspaper. "We’ve hired people from all types of backgrounds, from English teachers to orbital welders. In general, they need to be excellent drivers who pay really close attention to the road and can predict the social aspects of driving."

The babysitters will work in teams, with one occupant behind the wheel and a second vehicle safety specialist sitting shotgun and taking notes on a laptop. All employees are required to have a bachelor's degree, a clean driving record, and the ability to type at least 40 words per minute and manage up to four different modes of communication at once. Oh, and they'll need to have tight lips, too; Google expects participants to "keep all project details confidential."

The $20-an-hour salary may not seem like much in places like The Drive's home base of New York City, or Google's home in the San Francisco area, but for the greater Phoenix region, it's a pretty solid wage. According to Bureau of Labor Statistics statistics from May 2014, that's roughly the same pay as a construction worker or police officer—and, somewhat depressingly for us, only a shade less than the average hourly wage for journalists and other members of the media.