It's quintessentially American to drive everywhere. This must've occurred to the planners of the United States Antarctic Service Expedition in 1939 when the joint government-private sector project ran into the question of how best to traverse Antarctica's frozen wastelands. The obvious answer? A car. A really, really, really big car. Or so thought Thomas Poulter, designer of the doomed Antarctic Snow Cruiser seen in these pictures.

You'd think a massive machine like this would still exist somewhere, even in pieces. And surely they made more than one for the journey. But no—the single Snow Cruiser built is lost somewhere in Antarctica (or at the bottom of the Southern Ocean). Just where exactly is an international mystery that's likely to remain unsolved forever.

Thomas Poulter wasn't just inspired by his American identity when he first pitched his idea to the Research Foundation of the Armour Institute of Technology in Chicago, Illinois in the mid-1930s. He had nearly died in a previous expedition to the bottom of the world after being trapped by weather at a remote Antarctic base. If only that base was mobile, he thought, his life would have never been in danger.

He must've been a good salesman, because the foundation agreed to go forward with his idea in 1937 and spent two years designing the vehicle under his direction. When Poulter heard the famed Admiral William Byrd was leading another scientific expedition to Antarctica at the end of 1939, he secured $150,000 in funding to get his creation off the drawing board with the government's blessing. Construction began at the Pullman Company in Chicago in August 1939 and was completed in just 11 weeks.

The vehicle—there is no other word for it—had a twenty foot wheelbase and a total length of about 56 feet. Powering the cruiser were two Cummins diesel engines. Their combined 300 horsepower spun two generators, which sent their power to four motors—one per 10-foot-diameter wheel. Yes, this was a diesel-electric drivetrain in a vehicle way before that was a thing. The motors could push it to a top speed of 30 mph and up a 35 percent grade.

With four-wheel steering, the Snow Cruiser had a 30 foot turning circle, excellent for its size. It could also raise and lower its suspension, allowing it to (theoretically) push itself over wide crevasses on its smooth underbelly—like a 75,000-pound penguin. Interestingly, that independent articulation was designed to allow the craft to tuck its wheels up into the body when parked so the rubber tires could be warmed with exhaust gases.

Inside was a control cabin, machine shop, kitchen, store room, and living quarters. These living quarters could accommodate the crew of five and Navy, a Labrador Husky along for the ride. All of the other space inside the vehicle was taken up by two massive spare tires and fuel. The Snow Cruiser not only carried 5,000 gallons of diesel for itself, but an additional 1,000 gallons for the plane it carried on its roof.

The Snow Cruiser was built in Chicago, but its journey to the Antarctic by sea would begin in Boston. Being Americans, its builders decided to drive it the thousand miles there. The journey saw several small accidents, including one where it drove off a bridge and got stuck in a stream bed for three days. A bad omen, but the team carried on. After reaching Boston, the Snow Cruiser was loaded onto the North Star and sent south to Antarctica.

It finally arrived in the land it was meant to conquer on January 12, 1940—barely. The wooden ramp built for it to drive off the boat collapsed under its weight, seen in this video:

Having never actually given the vehicle a test drive on snow—its August-November development timeline didn’t allow for that—the crew began the journey of just two miles to the Little America exploration base. The Snow Cruiser was immediately out of its depth. It lacked power and traction. It was far too heavy, and its smooth tires were next to useless on the ice even with the addition of chains. (Winter tire tech was still in its infancy then, and it had been tested on the dunes of Indiana, where those massive balloon tires were actually of use.) The envisioned cruising speed of 30 mph was laughably ambitious.

They weren't going to make it to the South Pole; the Snow Cruiser could barely make it across the Ross Ice Shelf where it landed. The thing reportedly had better grip in reverse, so the expedition’s crew resorted to driving around backwards when they needed to move. Remember, these scientists had work to do and this was both their only shelter and mode of transportation apart from dogsleds and the plane—which eventually suffered engine failure and needed to be shipped out for repairs.

After months of struggling with the Snow Cruiser, including an ambitious attempt to attach the spare tires to the front wheels for a proto-reverse-dually setup, the crew parked it and turned it into a stationary base in early 1941, the exact opposite of Poulter's intentions. The furthest it had managed to travel in a single shot was 92 miles. That's hardly 5,000. Soon after, the expedition was forced to pack up and abandon the Cruiser as the U.S. called back its personnel from the remote outpost at the onset of World War II. They left a few wooden poles sticking up around it to help mark its location given the constant snowfall.

The mighty Snow Cruiser was found in 1946 by a U.S. Navy expedition, at which point it supposedly only needed air in its tires and a little tune-up to run. In 1958, the behemoth was again uncovered by chance—the international team that spotted its signal poles dug through feet of snow and discovered its weatherproofing had held up and the interior was just as the original crew had left it, cigarette butts and all. Seeing as it definitely wasn't going anywhere now, they left. That was the last time anyone saw it.

Antarctica's ice is forever shifting, and several years after that final Snow Cruiser sighting, a large chunk of the Ross Ice Shelf broke off near where it had been parked. Whether the vehicle is still entombed on the landbound side or lost at sea is unknown. Ironically, Poulter's belief that the Antarctic could be seen by car wasn't totally off base—in 2017, Hyundai sent a Santa Fe crossover to the South Pole as a publicity stunt. 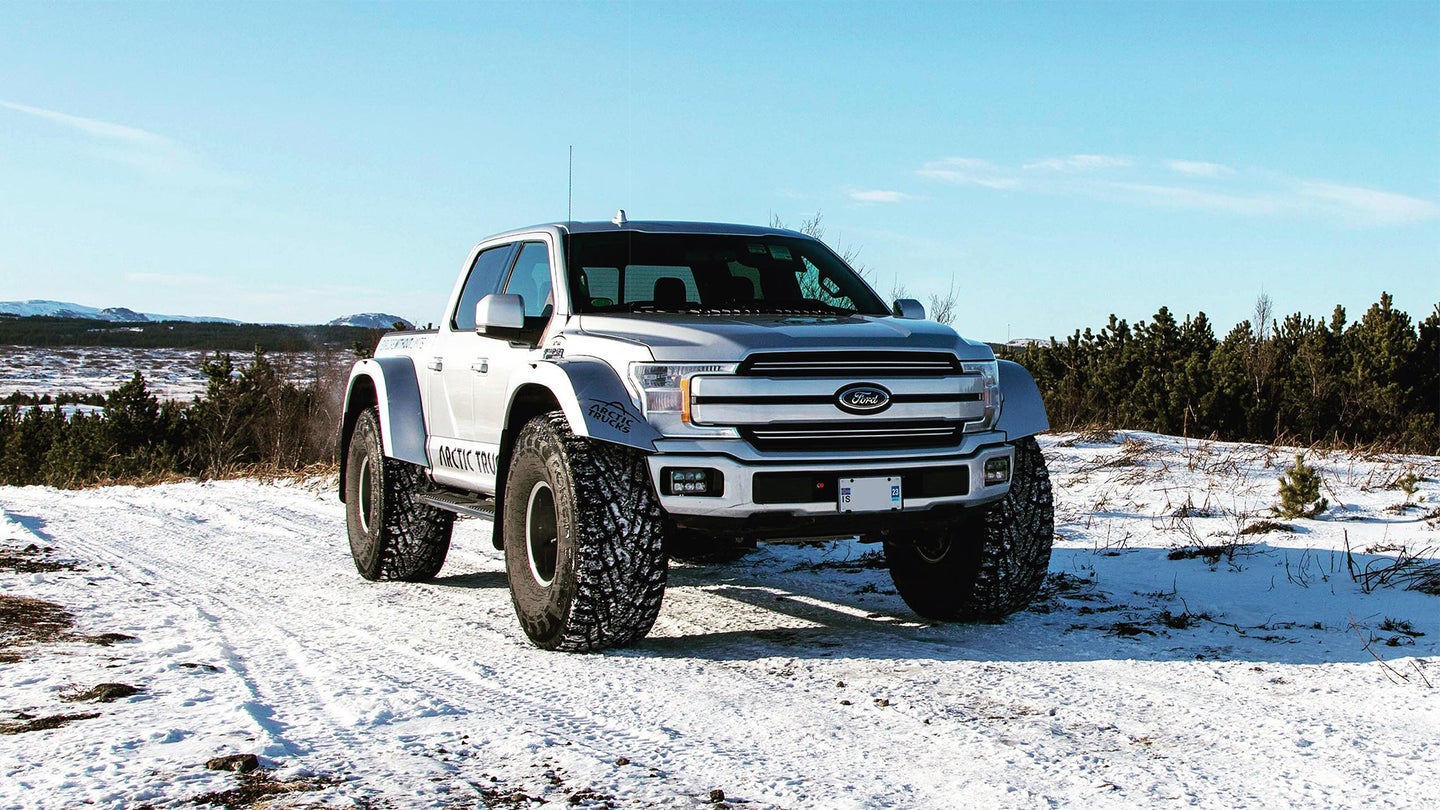 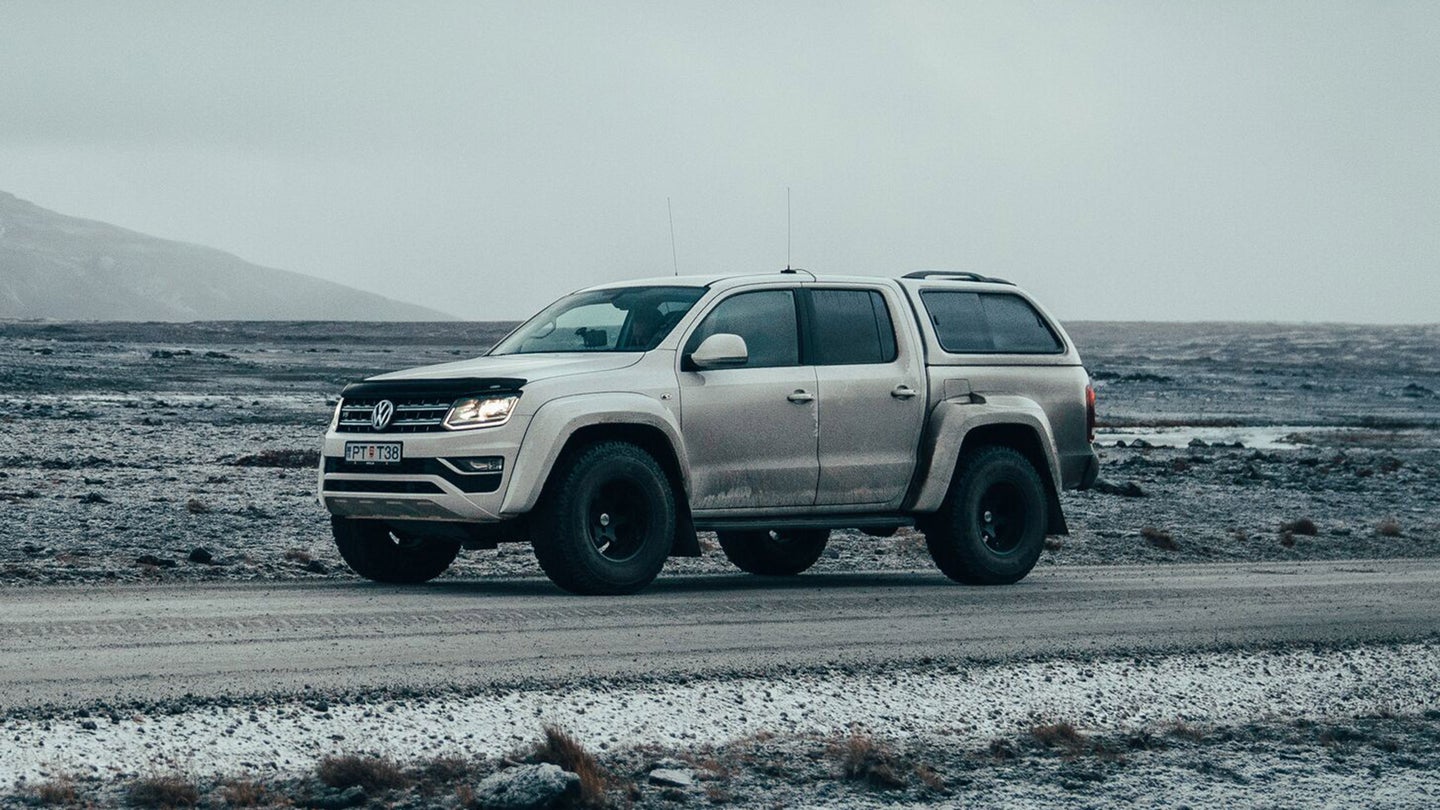 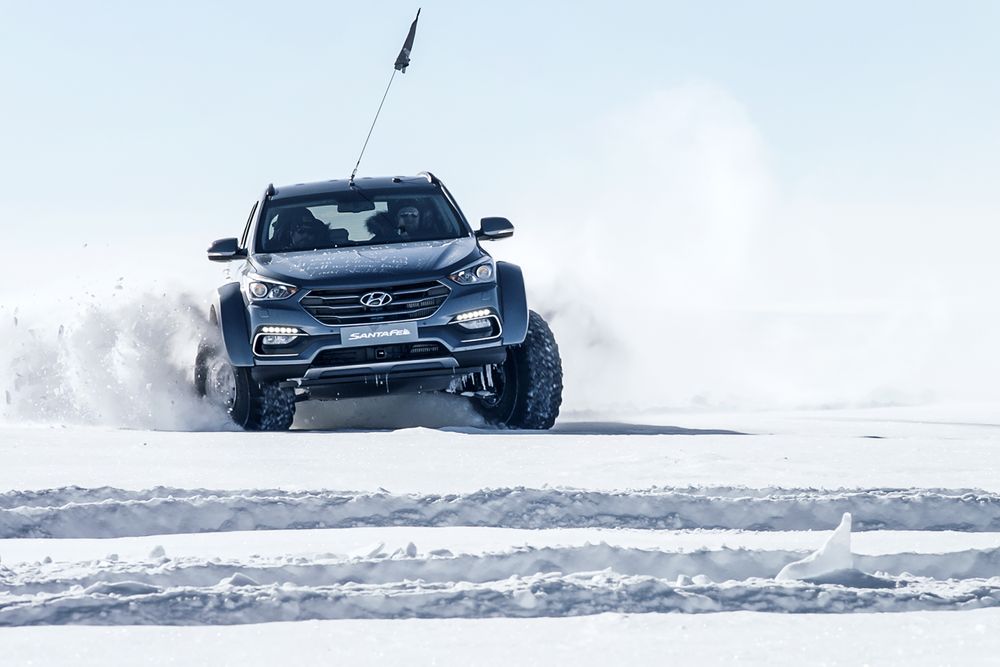