Kick your Cozy Coupe to the curb. These are the real deal. 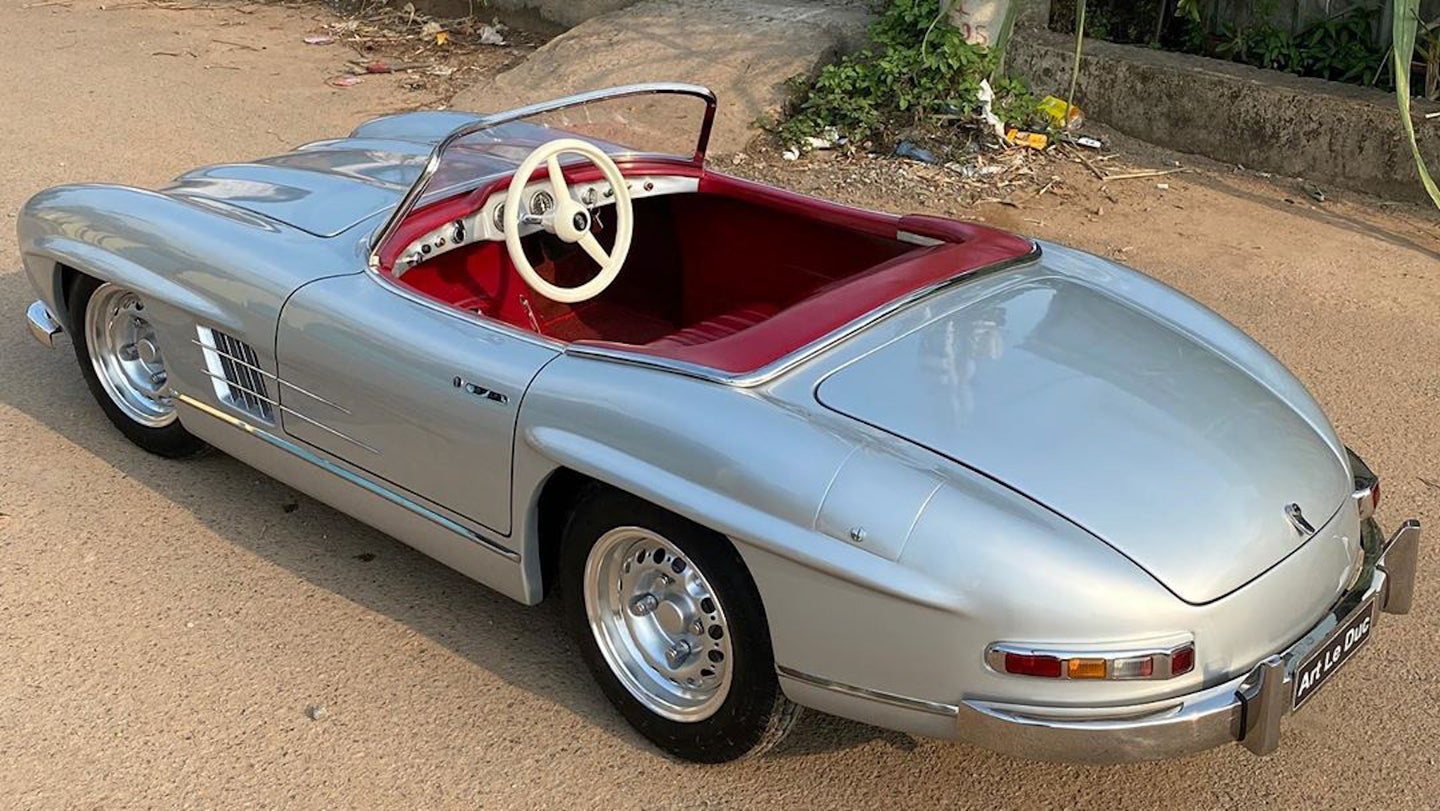 Power Wheels ride-on cars were the pinnacle of cool for '80s kids, with mini rides resembling the likes of Big Foot or Barbie's Jeep, meaning that privileged kiddos could live out their wildest vehicular dreams. Nowadays, U.K.-based company Harrington sells the one-percent equivalent of a Power Wheels, trading hard plastic tires for real rubber on fuel- or electric-powered cars with legit hardware and top speeds that could net you a speeding ticket in some neighborhoods. One of its specialties, the legendary Mercedes-Benz 300SL can do a nutty 40 miles per hour.

The company's website is full of wallet-emptying mini cars, all of which are weight-rated to carry most "standard" adults. Even better, the cars come in a variety of classic shapes, such as a Cobra 289, Willys Jeep, and a classic Lotus F1 car. Harrington will also paint the cars in almost any color you choose, offering a variety of hues from the DuPont automotive paint catalog. The mini cars come with real-deal powertrains that include either a 110cc gas engine or a 48-Volt BLDC 1200W electric motor. The petrol-powered minis are rear-wheel-drive and can reach nearly 30 mph and have three-speed semi-automatic gearboxes that perform sequential gear changes without a clutch. That’s on top of the fully-independent suspension and vented disc brakes with Brembo calipers. Cars with the electric powertrain are good for almost 30 mph as well, though some models have a lower or higher top speed depending on weight and other factors.

Thankfully for worried parents, the cars have a speed limiter that can dial back the intensity for younger drivers, which Harrington says can be as young as six years old for some of its models. These cars’ specs completely obliterate the loud, terribly slow Power Wheels we had as kids.

Some of the speeds would be downright terrifying in a vehicle so small, so gather up your courage and your wallet and pick one up. We’ve reached out to the company for comment on the cars’ pricing and will update this article with more information as it becomes available.

For starters, the Mercedes-Benz Sprinter van was the overall best-seller in April.