Also today on Speed Lines: Why Ford’s Jim Hackett still has a job, and Tesla takes a coronavirus hit too. 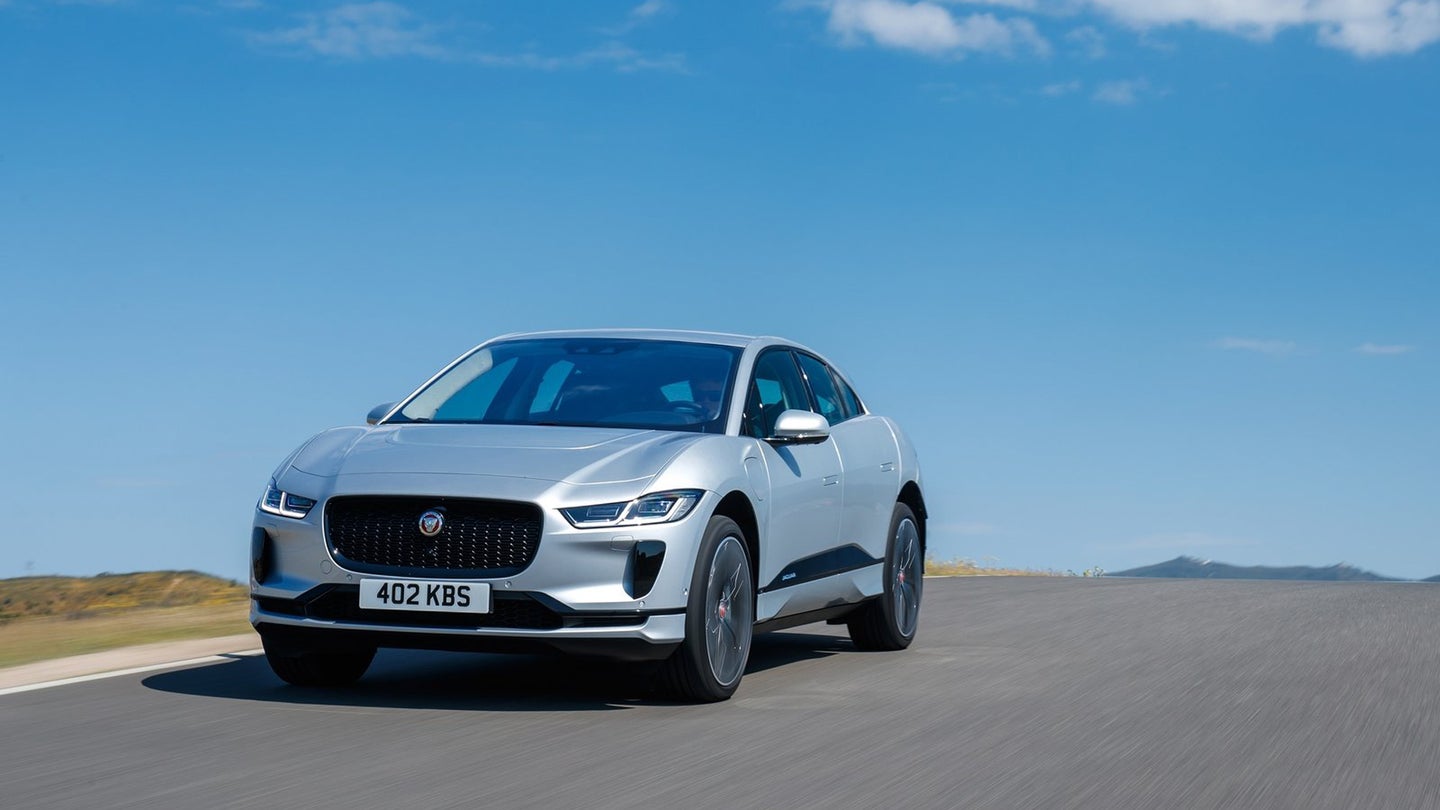 Welcome back to another edition of Speed Lines, The Drive's morning roundup of what's new and important in cars, tech and how we get around. Let's dive right in.

Cobalt: It's Not Great

Earlier this month we reported on the battery shortage that temporarily halted production of the electric Jaguar I-Pace thanks to issues at LG Chem's Wroclaw, Poland plant. As EV sales grow, figuring out how to better scale battery production will be a huge and necessary challenge for automakers and suppliers.

One big problem that must be solved is cobalt, as Wired details in this report. Sourcing raw materials for batteries, in general, is a difficult and environmentally destructive effort. Lithium mining comes with all sorts of issues, but at least it's relatively plentiful for now.

The same cannot be said of cobalt, which, in addition to its scarcity and expensiveness, is tied to child labor and human rights abuses in its mining. From the story:

Unlike lithium, much of cobalt is found in one place, the Democratic Republic of the Congo, or DRC—with 59 percent of the world's supply sourced from that country. Among many concerns, there's evidence of widespread use of child labor, and last year tech companies were sued for their alleged role in the death and injury of children.

Then there’s the harsh economics: Cobalt is also one of the most expensive metals in EV batteries, costing between $33,000 and $35,000 per tonne. And we simply may not have enough supply. Research from MIT suggests there's not enough ability to mine and process the material to meet demand. The research suggests that demand could reach 430,000 tonnes in the next decade, which is 1.6 times today's capacity.

One possible solution is switching to phosphate in batteries, but for now, those are better suited to shorter-range EVs and not the longer-range ones we Americans tend to prefer. Battery recycling helps as well, but it's can't meet all the scale needs for all these automakers' grand electric plans.

"We're going to need better batteries, or fix cobalt, if EV sales are going to continue to soar," that story says. Worth a read in full.

Jim Hackett Has Cover Fire From Mr. Ford Himself

"Hackett needs to go" is a refrain I've heard from observers of the Ford Motor Company, and from inside it as well. Since becoming CEO of Ford in summer 2017, Jim Hackett has failed to convince Wall Street investors that the company's stock is worth a damn, has stumbled many times in the transition to electrification and mobility, and last year presided over the disastrous launch of the new Ford Explorer.

So almost three years later, how does he still have a job? Bloomberg reports Hackett is helped, in part, by his very close relationship with the guy whose name is on the building:

If there were any doubts in the crowd about that statement, Hackett underscored it by discussing the early retirement of Joe Hinrichs, a Ford president whom many had seen as a potential successor to the CEO. The comment was a surprising display of force from a man who had just overseen another disappointing quarter that deepened the sell-off in Ford stock during his almost three-year tenure. The reason for such confidence: Hackett, 64, retains the backing of Executive Chairman Bill Ford.

While Wall Street has never really warmed to him, Hackett has managed to nurture a close relationship with the 62-year-old great-grandson of founder Henry Ford through frequent visits to each other’s offices, where they mind meld on a digitized future of transportation in which big data drives how automakers create self-driving and electric cars.

The two are inseparable, say people familiar with their relationship, who asked not to be identified describing Ford’s inner workings.

The story also goes into more detail about the sudden exit this month of former Ford exec Joe Hinrichs, who, despite being popular among the troops, lost his position in part over the botched Explorer launch. When Hinrichs dispatched one of his VPs to Ford's Chicago plant last year to address Explorer production issues, some subordinates "didn’t even show up for meetings to discuss the situation," showing Hinrichs wasn't as in control of the situation as he reportedly should've been.

Once more from the story:

But Farley is clearly in ascent. Even the trait once viewed as his biggest weakness -- his hair-trigger temper -- is now being recast as just the skill needed to effect change in Ford’s hidebound culture.

“He’s pretty intense,” David Whiston, an analyst for Morningstar with the equivalent of a buy rating on Ford shares, said of Farley. “I’m glad Ford has him.”

Tesla Takes A Hit From Coronavirus

It seems Tesla's rocketing stock price has its limits after all, and we have China's coronavirus outbreak to thank for that. From CNBC:

Tesla shares tumbled on Monday amid a broader market sell-off driven by investors’ coronavirus concerns. The COVID-19 epidemic in China could turn into a pandemic, with infections on the rise in Iran, Italy and South Korea.

Tesla, which recently began manufacturing operations in Shanghai, saw its shares close down 7.5%, ending the day at $833.79. Tesla also relies on many Chinese suppliers to make its electric cars, and is hoping to sell more cars to Chinese consumers.

By way of comparison, the S&P 500 lost 3.35%, and most large-cap tech stocks with limited exposure to China dropped around 4%.

Pretty much every auto manufacturer is taking a hit over the virus as car and parts plants grind to a halt while workers stay home.

This Stuff Is Too Confusing

Even I, a professional idiot on the internet somehow paid to write about cars, get confused over all the slick names around advanced safety features and semi-autonomous driving systems. Distronic, ProPilot, Pilot Assist, Toyota’s TSS-P—what does it all mean?

Buyers are extremely confused too, and they don't understand how these systems really work, reports The Detroit Free Press. But as this tech proliferates, the Society of Automotive Engineers, AAA, Consumer Reports and automakers are working on developing naming standards to keep all of these things simple—and straight.

The profusion of names — some reasonably intuitive, others as spacey as “Distronic” — makes it hard for shoppers to compare safety systems. It can also lead people to overestimate their vehicle’s capabilities. I get emails from people who think help staying in their lanes means their car can drive itself. IT DOESN'T. Keep your hands on the wheel.

[...] The list of safety and driver assistance features on price sheets for vehicles I’ve tested recently includes these manes: ASCC, active emergency stop assist, lane keeping assist & lane following assist, LFA, DAW, BCA and HVA. I couldn’t swear exactly what any of them mean without looking it up — and I do this for a living.

What hope do you have if you shop for a car every four to five years and just want to be sure your family is safe?

In this case, it's time for simplicity and safety to take precedence over marketing.

Not In My Back Highway: Inside the Fight to Rebuild the BQE in Brooklyn Heights (Commercial Observer)

Are you confused by modern, high-tech safety systems? It's OK if you are.