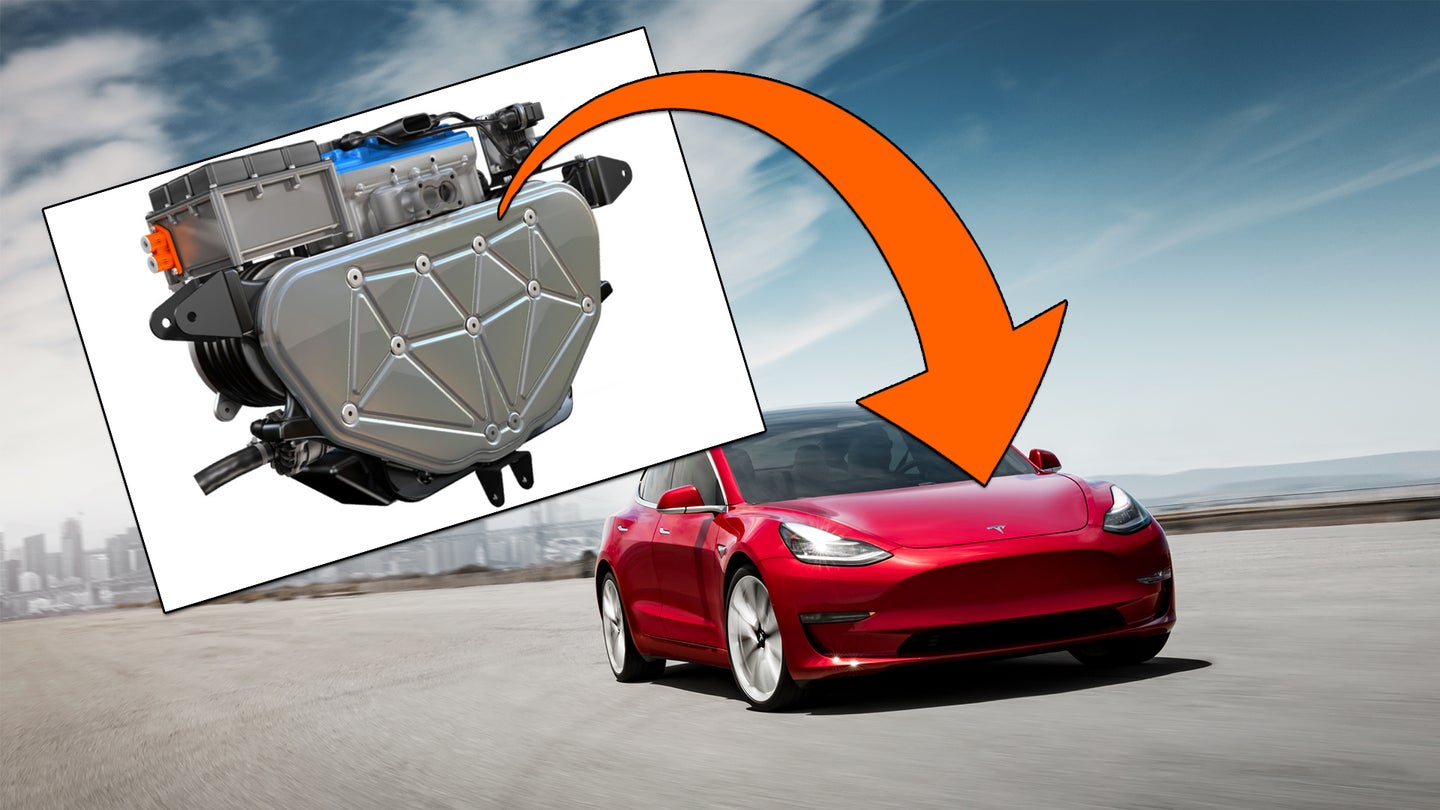 Since its founding, Tesla has committed to being an all-electric brand. While this has worked out quite well for the company as well as the overall adoption of electric vehicles, some industry leaders believe that hybrid powertrains are the true key to the future of automotive engineering. In fact, according to European outlet Edison, one engineering firm has even retrofitted a Tesla Model 3 with a gasoline engine to produce a hybrid version of the automaker's most popular sedan.

Obrist, who once worked for father of the rotary engine Felix Wankel, birthed the project as a way to create an efficient hybrid vehicle that could out-perform a fully electric car in terms of cost and environmental impact, despite being at least partially powered by gasoline.

Don't let the name fool you—even though it sounds like some sort of supercar creation, the first version of the powertrain was stuffed into perhaps one of the plainest compact cars out there: the Chinese-manufactured Geely EC7. Soon after, a new prototype of the so-called hyper hybrid was unveiled, this time transforming a Tesla Model 3 into the Obrist Mark II.

Obrist began the project by removing a number of battery packs from the Tesla's floor, saving around 840 pounds of total weight compared to the vehicle's stock form. Of course, fewer batteries means less battery-only range. The stock 50-kilowatt-hour (kWh) battery pack has been swapped for a more modest 17.3-kWh unit, meaning that its overall energy capacity is reduced by nearly two-thirds.

The Mark II makes up for the lost capacity by boasting a small 54-horsepower, two-cylinder engine in its frunk, a device that Obrist calls a "zero vibration generator." Any time the vehicle travels more than 40 miles per hour, the generator kicks on and constantly charges the battery. Obrist says that this constant charging protects the battery cells from damage and does so quite efficiently, sipping only half a gallon of gasoline for every 60 miles it travels.

The main goal of the project wasn't necessarily to hybridize a Tesla. Rather, it was to decrease the overall cost of an electrified car. So while we likely won't see a Model 3 with this particular conversion hitting Tesla's configurator any time soon, we could still see similar applications elsewhere in the world, especially as vehicle prices continue to rise.

Initial price aside, there's likely a number of other cases in which the powertrain could be useful.

While this particular example might seem like blasphemy to Tesla purists, it's an interesting take for the rest of the world. Obrist says that the company has already signed a deal with a "prominent international market player" and expects the technology to make its way into a mainstream vehicle as early as 2023.