F-35 Will Be Combat-Ready This Year, Pentagon Insists 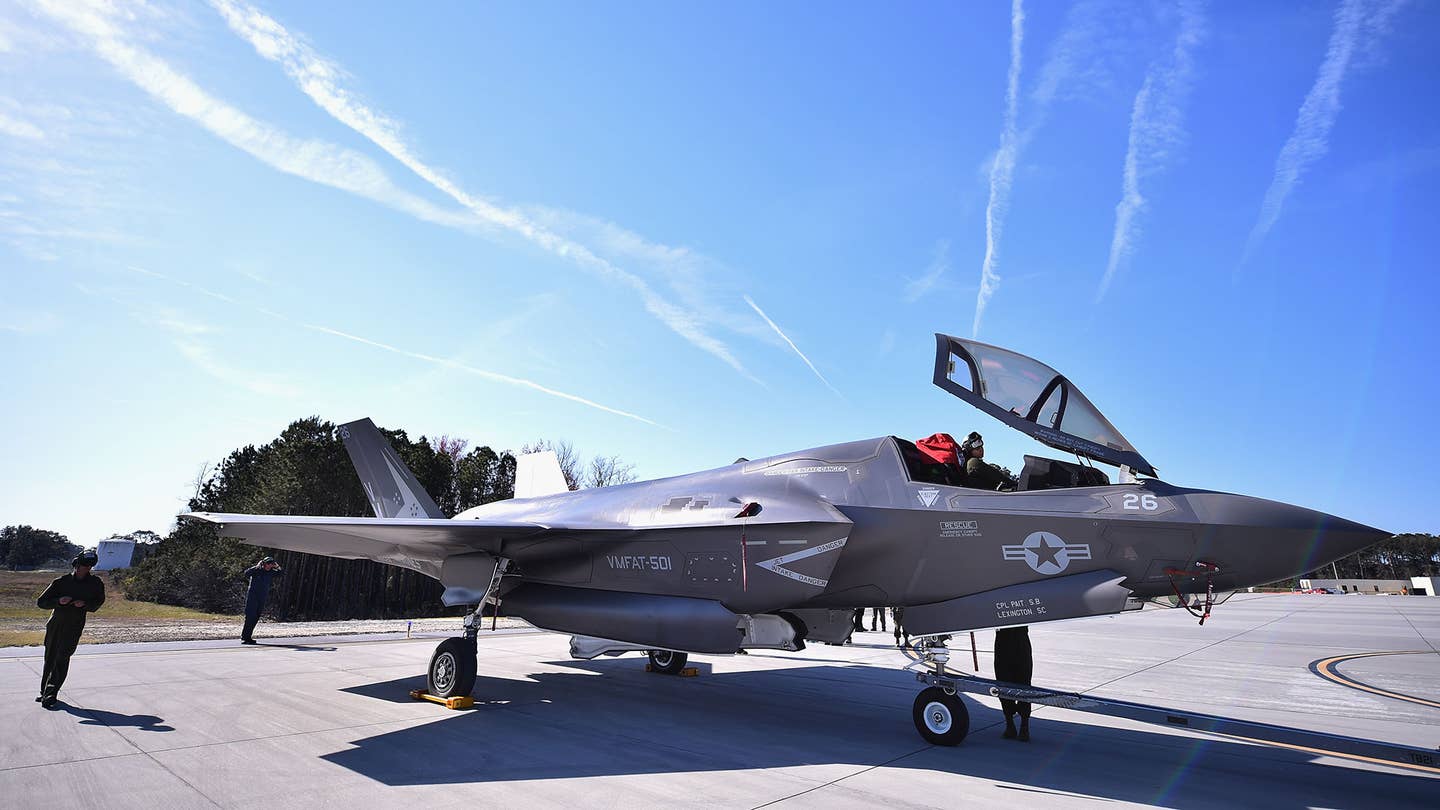 Lockheed Martin's F-35 fighter jet will indeed be ready for combat operations by the second half of this year, according to the U.S. Air Force, in spite of the laundry list of problems that have cropped up during the plane's development.

The news comes a week after a group of generals in command of Air Force Materiel Command and Air Combat Command assembled in Utah alongside pilots, maintenance personnel, and Lockheed representatives to review the F-35's progress. After the conference, Air Combat Command spokesperson Colonel Tad Sholtis said the Air Force didn't see any reason why the plane's deployment would be delayed beyond the planned August-December window, in spite of those issues.

The F-35, Sholtis said according to Fortune, had both “very strong suits” and “less strong capabilities. According to him, the plane's performance continued to exceed the expectations of both the pilots and the ones flying accompanying aircraft.

Deploying the F-35 on schedule, Sholtis continued, would give pilots and mechanics a chance to get to know the planes sooner rather than later. And testing the plane out in the real world will be the key to proving its value.

“We anticipate that side-by-side, air-to-air and air-to-ground tests will be illustrative of the fifth generation fighter’s advanced interdiction capabilities,” Sholtis said. “This aircraft is built to go where legacy platforms cannot.”

The F-35's growing pains have been legion. Just to scratch the surface: A problem with the fifth-generation fighter's radar system recently led to speculation that the plane's combat debut would have to be pushed back;the plane's $16.7 billion computer logistics system, dubbed ALIS, has more issues than TV Guide; and the ejection seat currently has a flaw wherein lighter pilots could be severely injured or killed during a low-speed ejection. For this last one, the Pentagon says it will have a fix implemented by November. (Which sort of makes us think the early part of that August–December deployment timeline is a wee bit optimistic.)