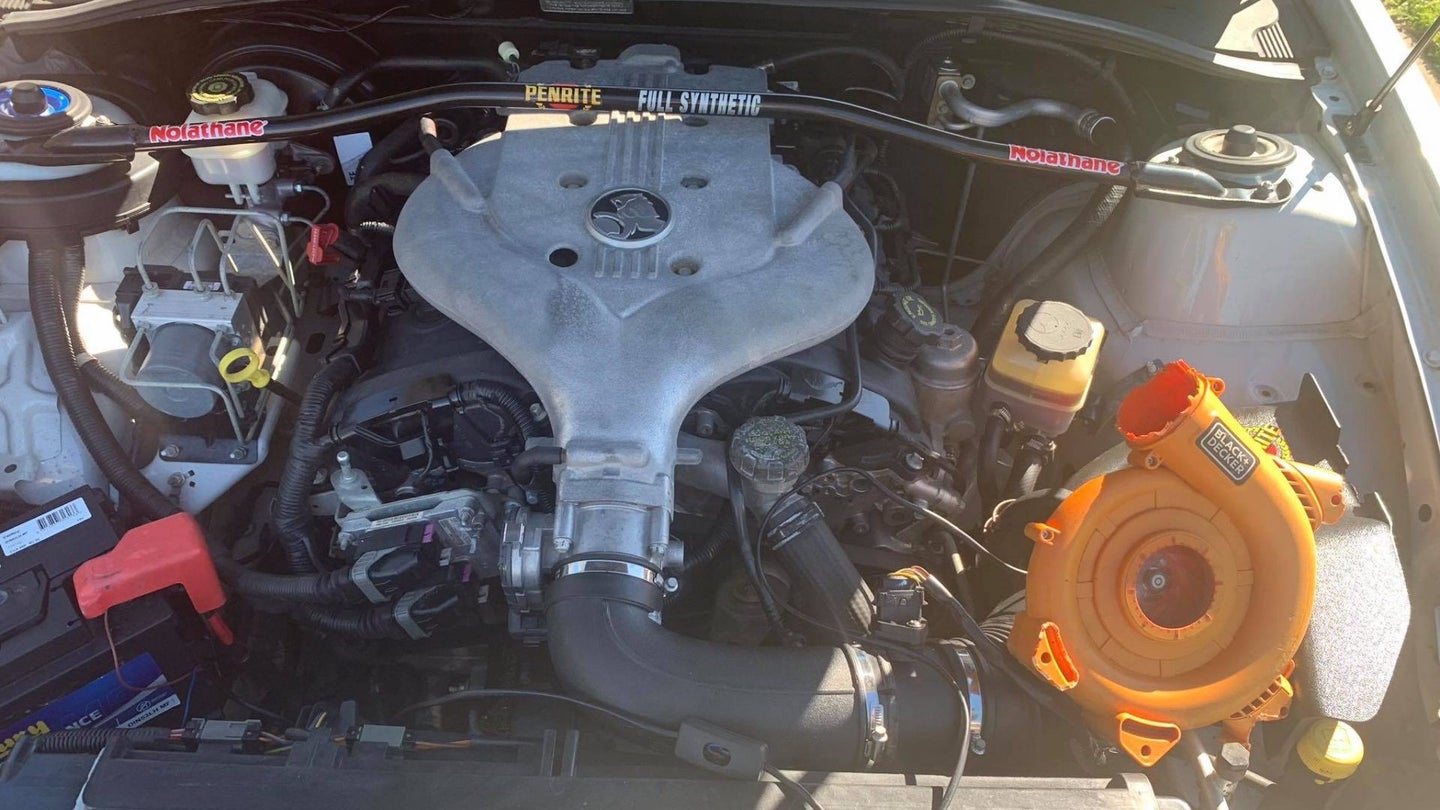 We've seen leaf blowers used to take care of things on top of the hood, but this is the first time we've seen 'em employed under it. Here's an automotive hack that falls firmly into the "It's So Stupid, It Just Might Work" category.

Police in west Sydney, Australia pulled a dude over on Tuesday for a random breathalyzer test and found a white Holden Commodore with a hilariously sketchy modification. On top of some seriously worn out and cracked tires, cops opened the hood to find a "garden variety" leaf blower in the air filter box, hooked up to the battery and pointed towards the engine.

According to the 35-year-old driver, the DIY mod was made in hopes of "improving engine performance." I mean, to be fair to this MacGyver-wannabe, the yellow Black & Decker gardening tool does kinda resemble a turbo. So we'll give it points for style...and earnestness. Oh, and police don't mention it but those blacked-out taillights don't exactly look legal or safe.

What the authorities do mention, however, is the fact that the driver tested positive for methamphetamines and was arrested. The Whalan man was apparently tested again at the station just to be sure, a test which came back positive. Police are currently awaiting lab results to confirm the substance is really an illegal drug before likely slapping him with a DUI. In the meantime, the Holden driver has been issued a 24-hour driving ban as well as a fix-it ticket.

Whether the ticket is for the messed up tires, black lights, leaf blower air box, or "all of the above" is unclear.