However, it’s still not clear if the tiny truck will be available in the US. 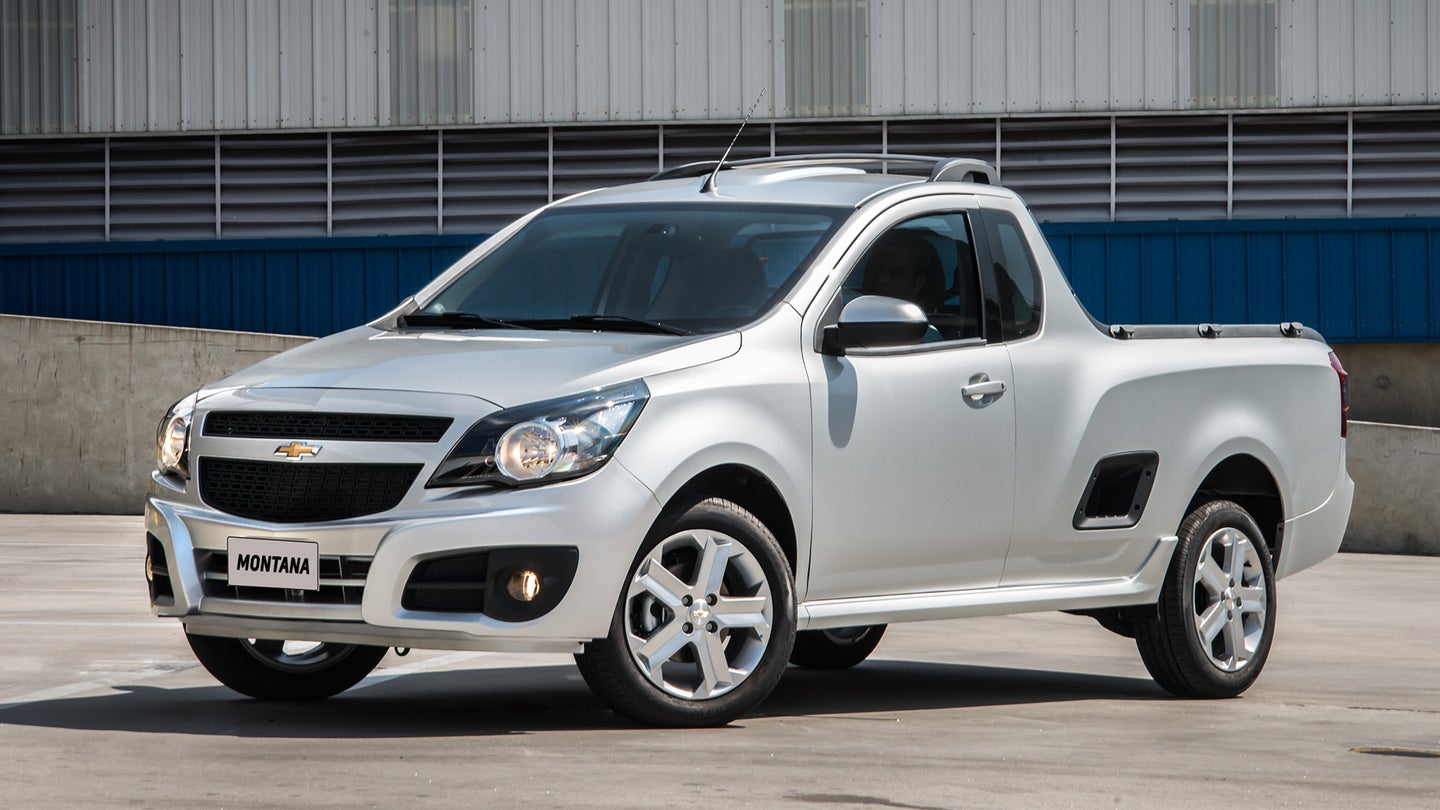 General Motors is working to build a new compact unibody pickup under its Chevrolet moniker, reports GM Authority, citing sources familiar with the matter. The new pickup would replace the current generation Chevy Montana, which is sold in Latin America and other emerging markets, and is expected to hit showrooms as early as 2020.

Sources say that the Montana's successor will grow in size, making the compact pickup a little less condensed. Currently, the Montana's claim to fame is its two-door, two-seat configuration and short bed, closely resembling its hatchback parent, the Chevy Agile. The new model is said to use a stretched chassis and equip room for an additional number of passengers by adding a second set of rear doors.

Subsequently, the compact pickup market is expected to grow in the near future. Other automakers have been introducing vehicles like the Volkswagen Tarok and Hyundai Santa Cruz, both of which would fit within or around the niche quite well. If anything, the sudden interest in compact trucks could indicate a shifting market, much like the recent push for electric vehicles among manufacturers.

It may be too early to speculate on the vehicle being sold in the North American markets, however, with both Volkswagen and Hyundai potentially targeting the U.S., we're not going to call it impossible—only presently improbable.

The small truck is expected to be built on GM's brand new Global Emerging Markets (GEM) architecture, the successor to the aging Gamma platform on which many current-generation GM vehicles are built upon today. Given that hints of a subcompact crossover are in the works, a unibody pickup would fall right into line with both current offerings and the introduction of a new platform.

Like most modern automakers, GM's plan to dig deeper into platform modularity signals its investment into operating cost reductions. Vehicles across GM's many brands, both domestic and overseas, are expected to shift to the new GEM standards. It's not yet clear how well this translates into the manufacturer's commitment to electrification, but we do know that GM has openly said that it believes electric pickups are "decades" away.