GMC Might Finally Add a Subcompact Crossover to its Lineup

A lil crossover slotted below the Terrain could print money for GM’s truck and SUV brand. 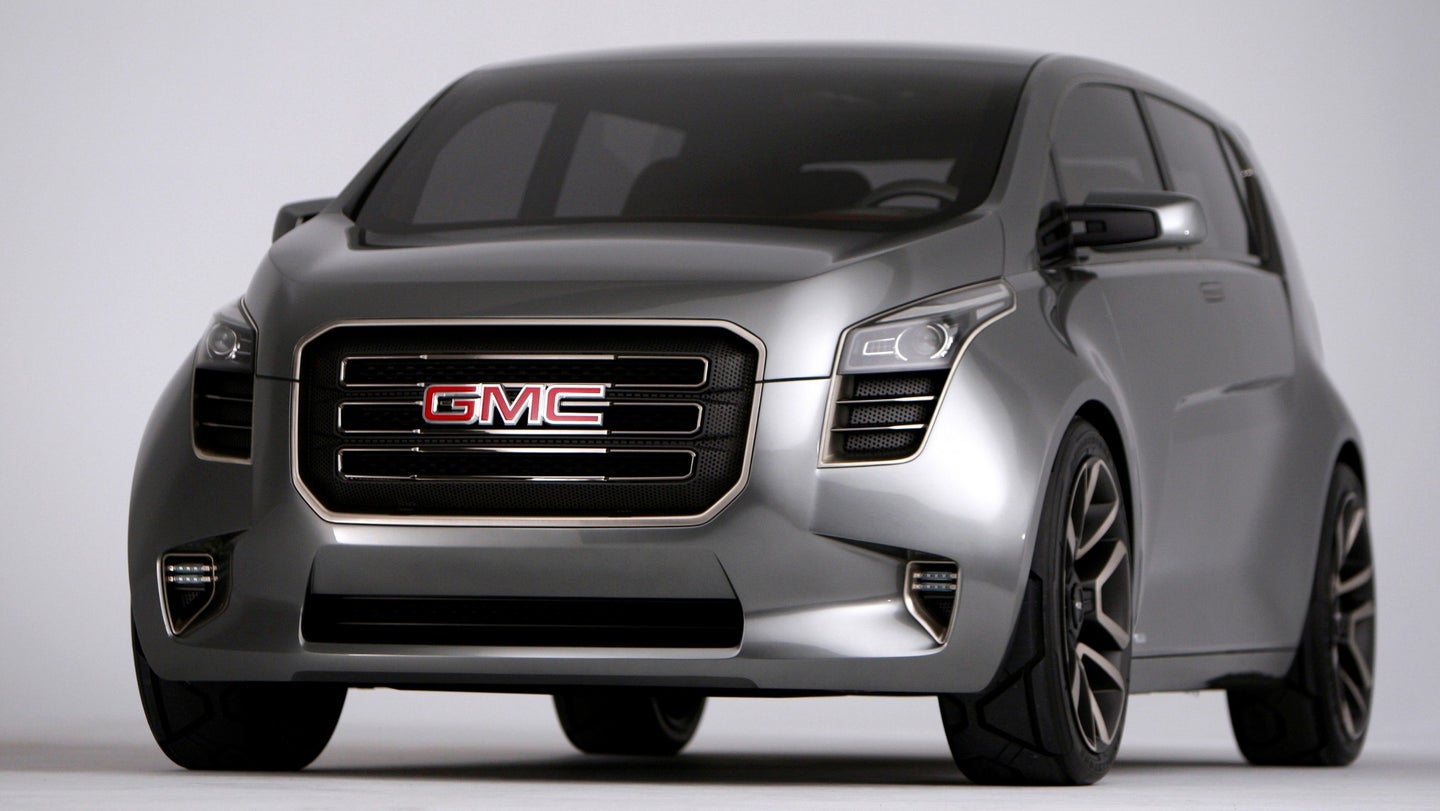 Despite primarily being an SUV brand, a subcompact crossover is absent from the current GMC lineup. Last time we heard this was way back in 2015, but it hasn't happened yet. The closest GMC has gotten to the fast-growing subcompact SUV segment is with the Granite concept (pictured above) from 2010. A lower cost of entry to the GMC brand with a new entry-level product would help drive down the age of its average buyer. That certainly worked with the Buick Encore and there’s no reason it couldn’t work for GMC.

According to Automotive News, Buick and GMC Worldwide boss Duncan Aldred who took the job in 2014 thinks GMC should have started competing in this segment a long time ago. He believes that GMC “should have been the first in the segment” and that “there is more room for SUVs in the GMC stable.” Currently, the smallest, cheapest GMC is the Equinox-based Terrain which starts at $24,995. A smaller offering from GMC closer to $20,000 could be a strong player in a competitive segment.

The easy way to execute this smaller SUV would be to use the GM Gamma II platform on which the Buick Encore and Chevy Trax are built. The Encore has been the best-selling Buick since 2015 and the Chevy Trax is outselling the similar subcompact Sonic three-to-one. Development cost would be low considering there’s already a platform ready to go, all GMC would have to do is make it a GMC.

The question is; would a subcompact GMC cannibalize the Buick Encore? The two brands often share a dealership so the two crossovers would be competing with each other on the same lot. The key is for GMC to make its little ute different enough from the Buick to attract a different crowd. Perhaps a GMC could draw in buyers looking for something with a more rugged, outdoorsy aesthetic who would normally consider a Jeep Compass or Renegade. In any case, it’s hard to imagine a subcompact GMC crossover that isn’t a huge hit and one of the brand’s best sellers.