It's a Van! It's a sauna! It's everything I never knew I needed in one vehicle. 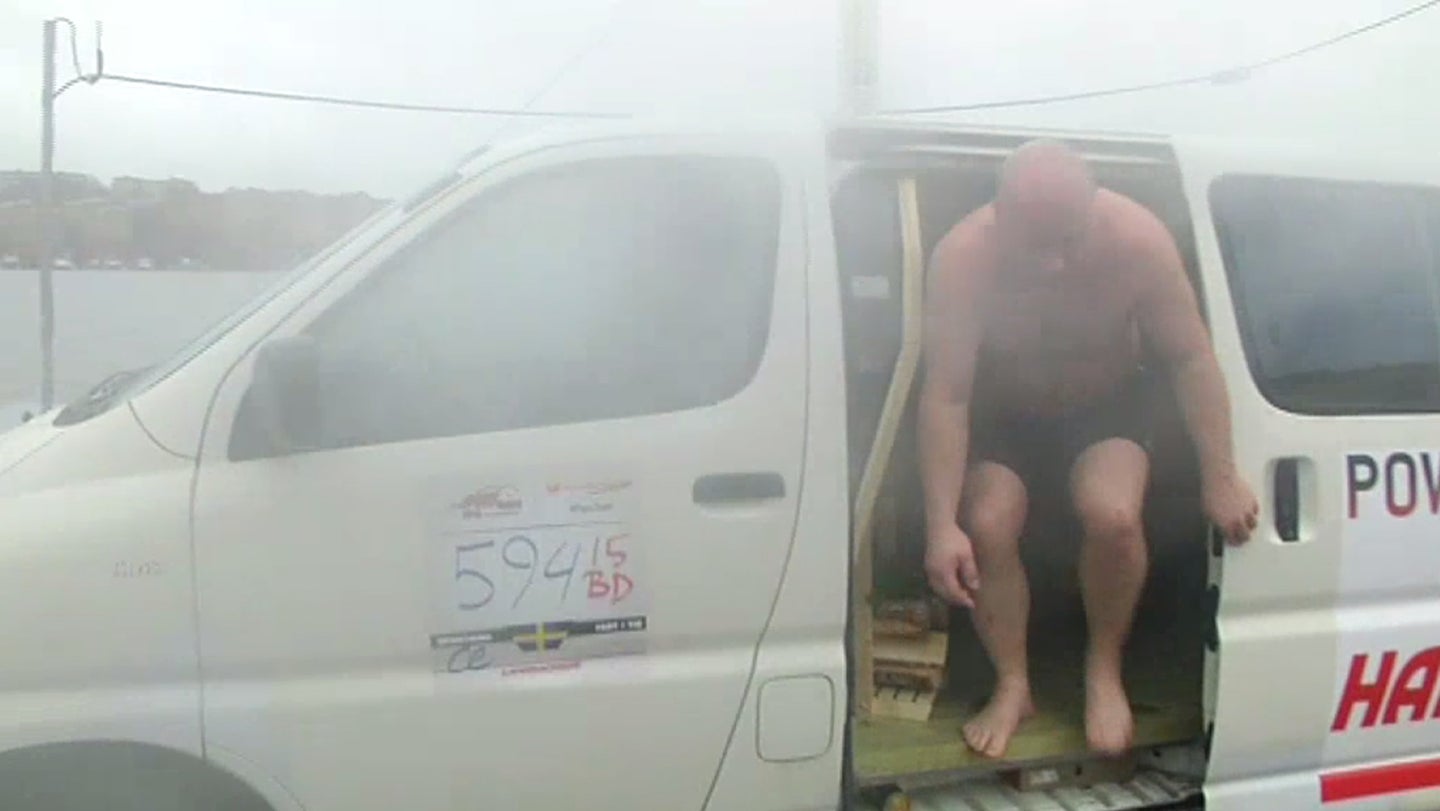 Up for sale on Swedish sales site Blocket is the van of my dreams: a sauna. It's a 2000 Toyota HiAce van that also happens to have a full wood-burning sauna in the back. In other words, heaven.

The idea of using a car as a sauna isn't new per se. Top Gear turned cranking the heat up on a hot day into "Car Sauna: The Game," which I wouldn't recommend. I also owned a faulty 2002 Nissan Altima around the same time which liked to turn its air conditioning off to compensate for a bad headgasket which caused the car to overheat. That's smart on the car's part, but is also something I wouldn't recommend. (Especially since it did this in August.)

But no! This is a fully functional, well-ventilated, wood-burning Harvia M3 sauna built inside a Toyota van. It's got the wood-lined interior, benches, and everything. I'm not sure I would recommend using the wood stove while it's in motion, but it appears to be in working condition.

Naturally, this van's steamy interior also landed it on television. Swedish channel TV4 did a feature on the van, which you can watch in use here.

Should you need to move your sauna, this one comes equipped with a diesel engine mated to an automatic transmission. It's a low-mile sauna, too, as the HiAce has somewhere between 30,000 and 34,999 kilometers on the odometer, as the ad only specifies a range. It also has a towbar, should you want to tow a trailer with more wood for the furnace, or perhaps a kiddie pool to cool off in.

It's also a well-timed sale. It's freaking December, when the days are short and irritatingly chilly. Winter officially kicks off later this month. There's nothing better on a cold day than a relaxing trip to the sauna.

This ultimate relaxation zone on wheels can be yours for 100,000 Swedish Krona, or $11,034 U.S. Sadly, you'll have to wait to import it as it doesn't meet the U.S.'s absurd import regulations, but making the trip to Sweden (where saunas are plentiful) sounds like a good idea right about now.

They're both Swedish, and that's got to count for something, right?
The Drive