The dribble of leaks ahead of the auto show season is slowly turning into a faucet. Earlier today, official pictures and a spec sheet for the 2020 Jeep Gladiator midsize pickup truck reportedly popped up on Fiat-Chrysler's official media site before being taken down a few minutes later—but not before someone at JeepGladiatorForum.com managed to snag them first. It's a real Jeep Wrangler pickup, with all the goodies that name implies.

Its appearance is hardly a surprise, though it's nice to finally see it without all that chunky camouflage. From the B-pillar forward, it looks exactly like a new JL Wrangler. But the roof terminates in a sharp 90-degree angle behind the back seats, diving down to a slab-like bed whose clean sides are punctuated with flared fenders in an understated retro touch. It looks tough and tested, tried and true.

The spec sheet boasts that the Jeep Gladiator will be "the only true open-air 4x4 pickup truck" with an "easy-to-use premium soft top" (seen in the top image) along with two separate hardtops available. As we speculated during our own close encounter with a camouflaged tester, the pickup also retains the Wrangler's fold-down windshield and removable doors. The release also promises "dozens of different door, top, and windshield combinations."

In terms of hardware, it looks like everything that makes the JL Wrangler such a riot off-road is returning in the Jeep Gladiator—in a slightly longer package, of course. That means solid Dana axles front and back with available locking differentials, optional electronic sway-bar disconnect, and the ability to ford up to 30 inches of water. Regular models will come with Jeep's Command-Trac four-wheel-drive system, while the Rubicon (yes, there will be a Rubicon model) gets the advanced Rock-Trac setup, plus forward-facing off-road cameras.

Powertrains will also be identical to the Wrangler, with the venerable 3.6-liter, 285-horsepower Pentastar V6 available at launch paired with an eight-speed automatic or a blessed six-speed manual. The promised 3.0-liter diesel engine won't be offered until 2020, but the Gladiator will still be able to tow 7,650 pounds and haul 1,600 pounds in its five-foot steel bed—if true, both numbers would be best in the midsize pickup class.

Now for the only disappointment we can spot. The release doesn't mention a thing about any single or extended cab configurations, only the four-door crew cab. The two-door midsize pickup market isn't very big, so its potential exclusion here would probably make business sense, but having a shorter wheelbase option could make the Jeep Gladiator truly unstoppable off-road. Case in point, the Chevrolet Colorado ZR2 is available in two-door form.

We reached out to Fiat-Chrysler for any statement they might have on the apparent leak, though we don't see any reason to doubt these images. The 2020 Jeep Gladiator is scheduled to be formally unveiled at the Los Angeles Auto Show later this month. 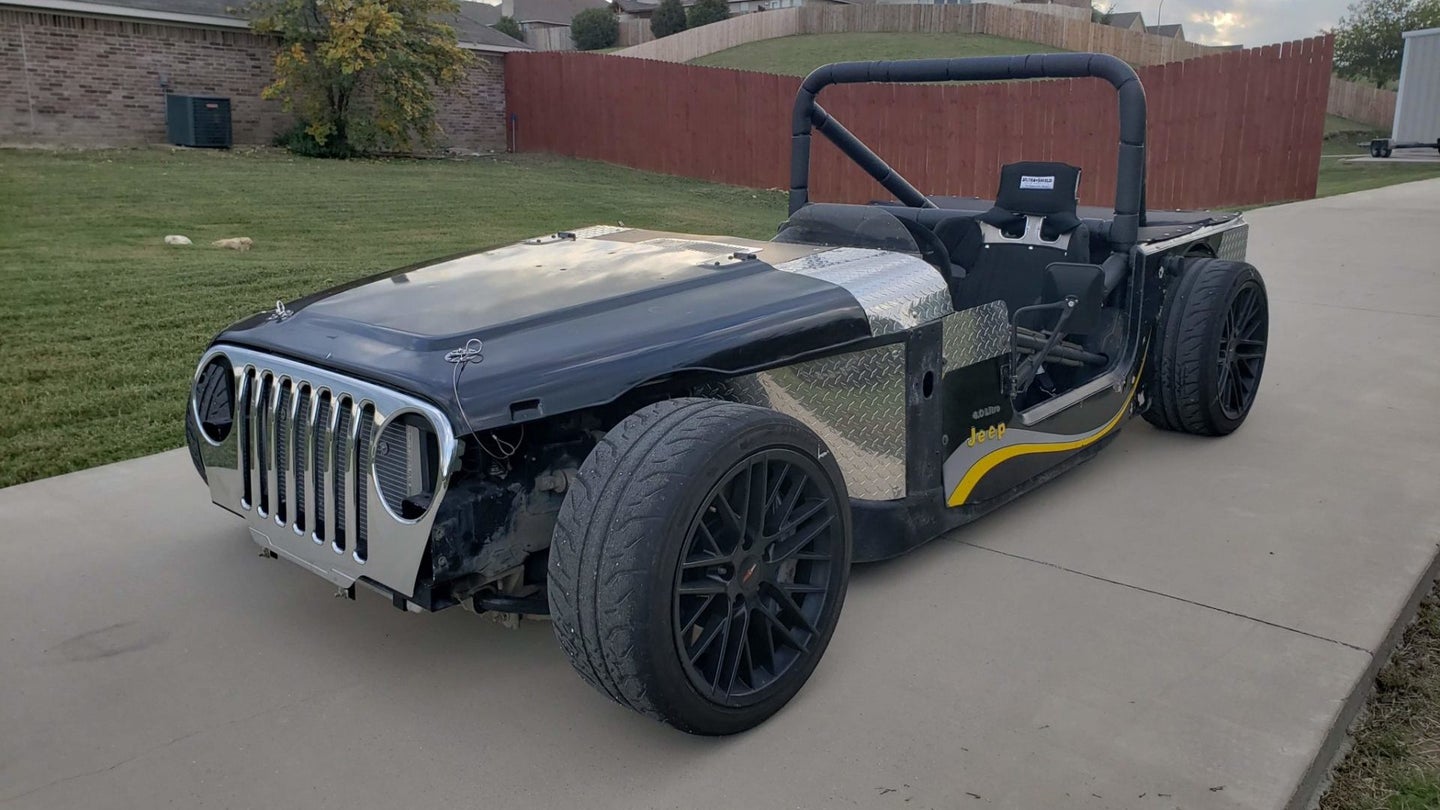 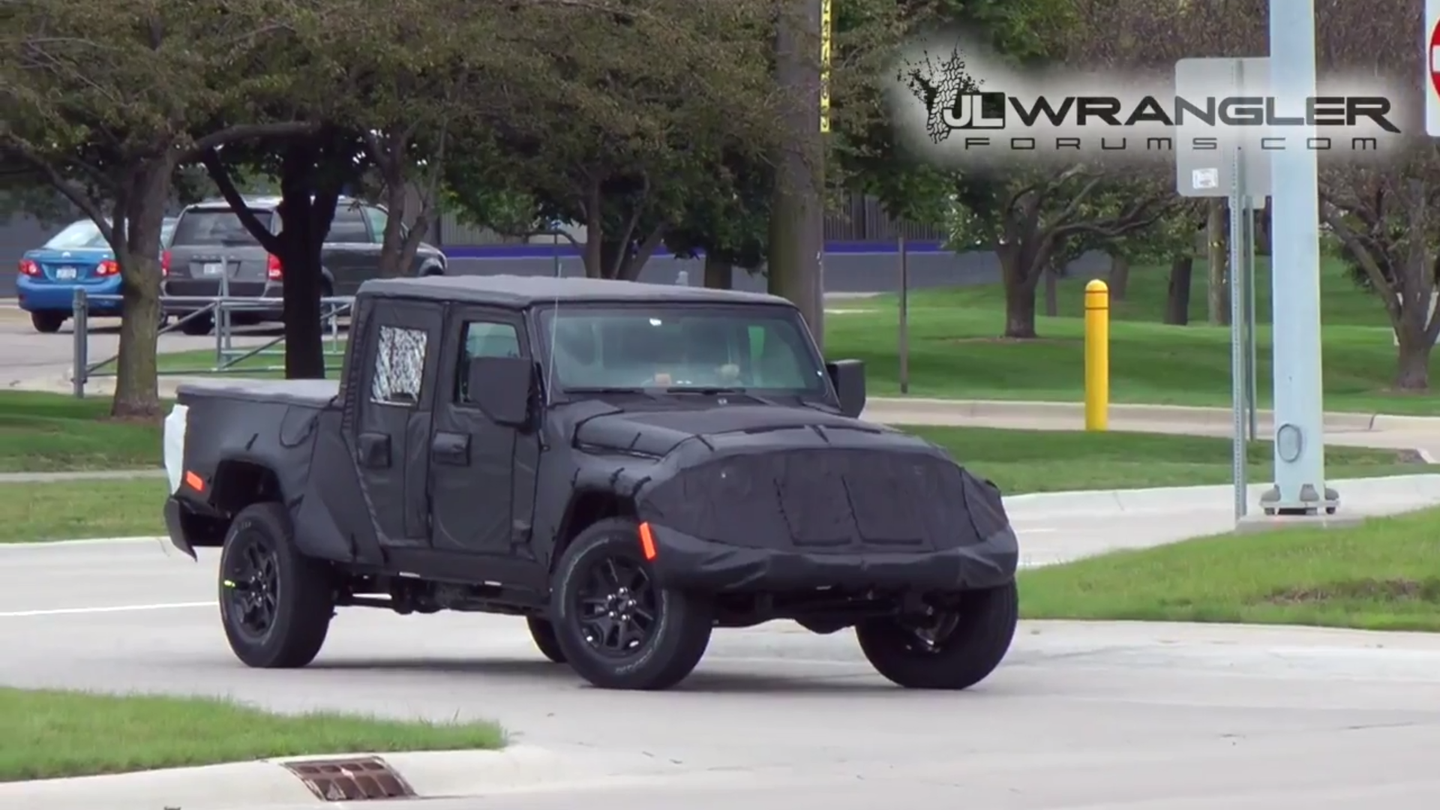 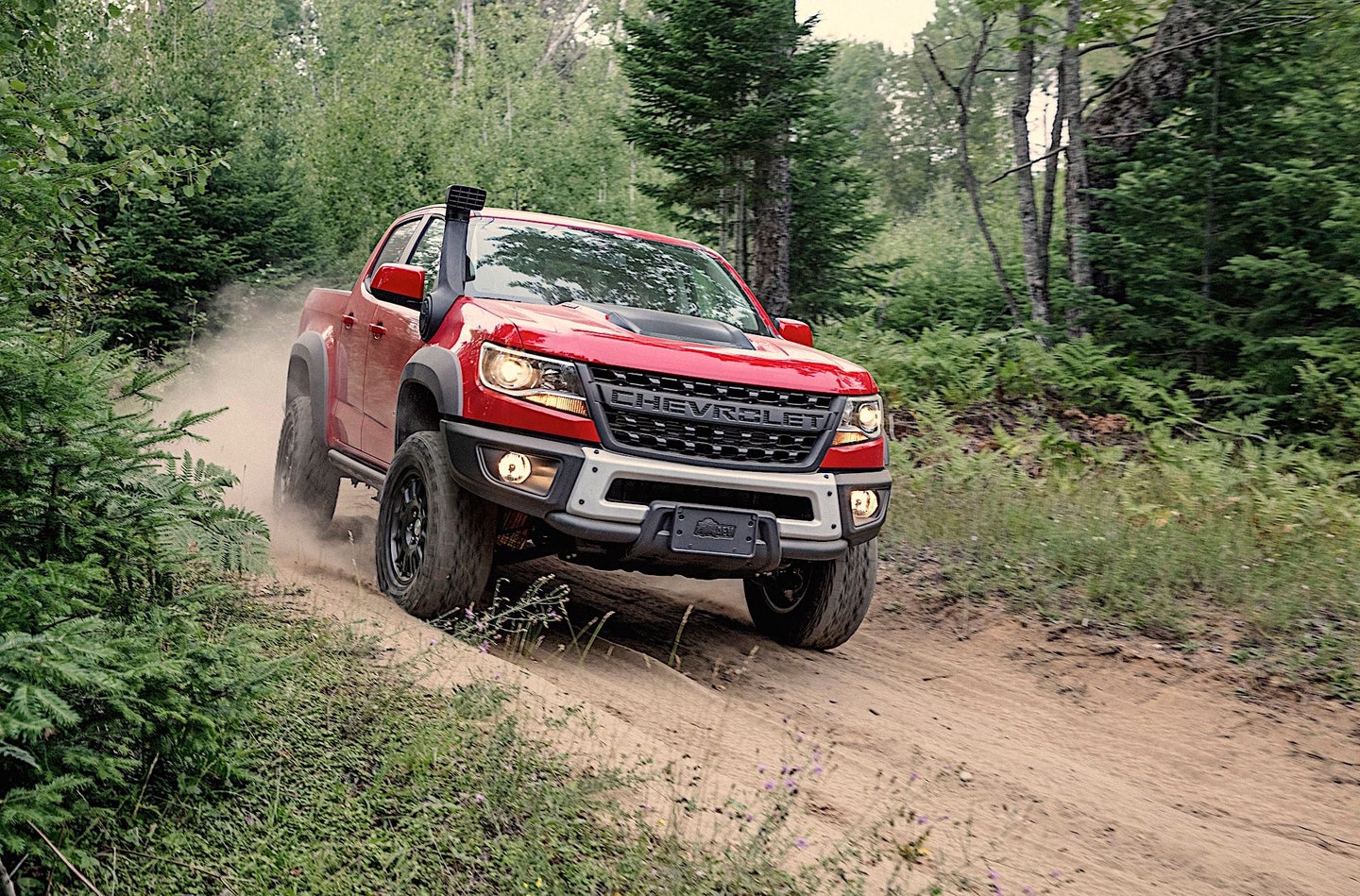 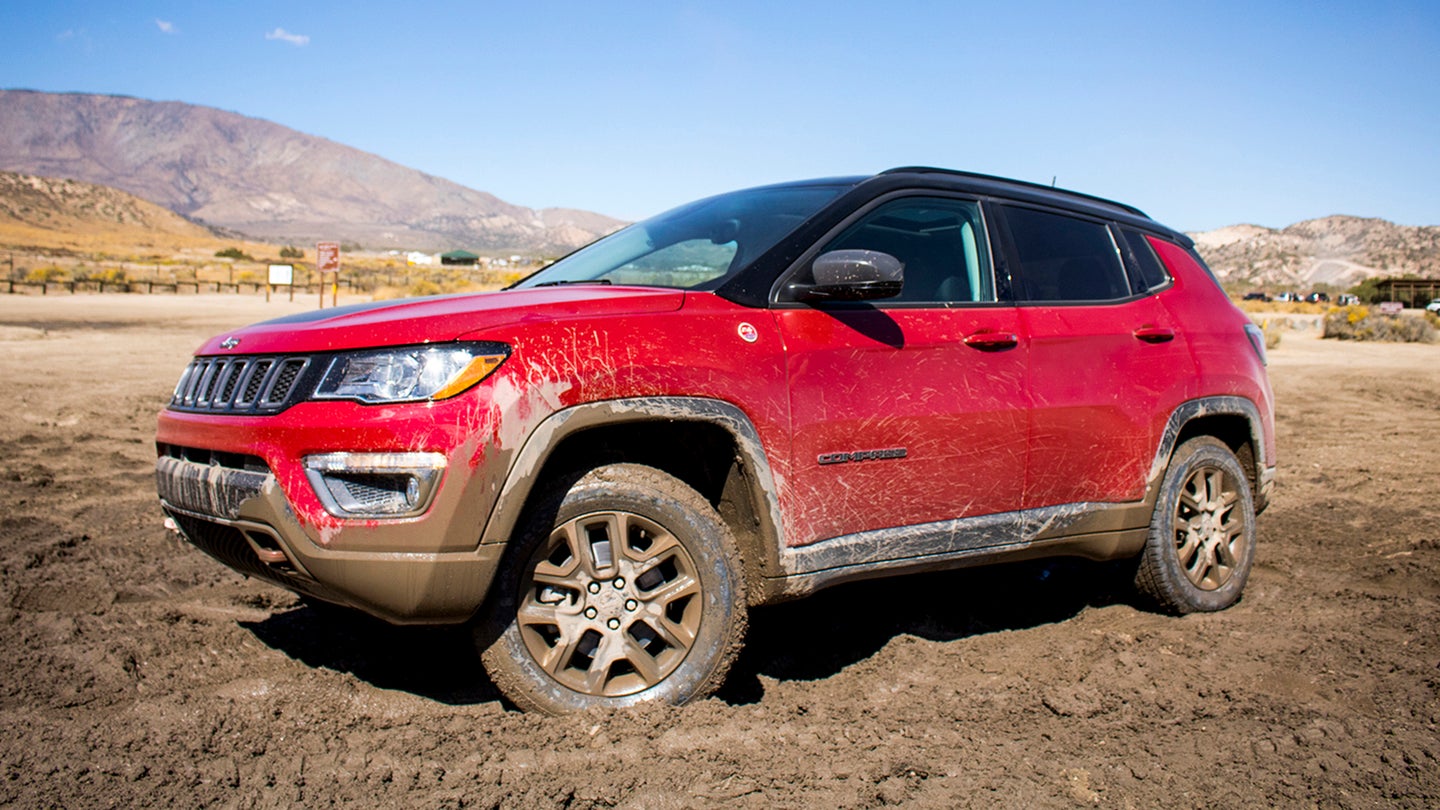 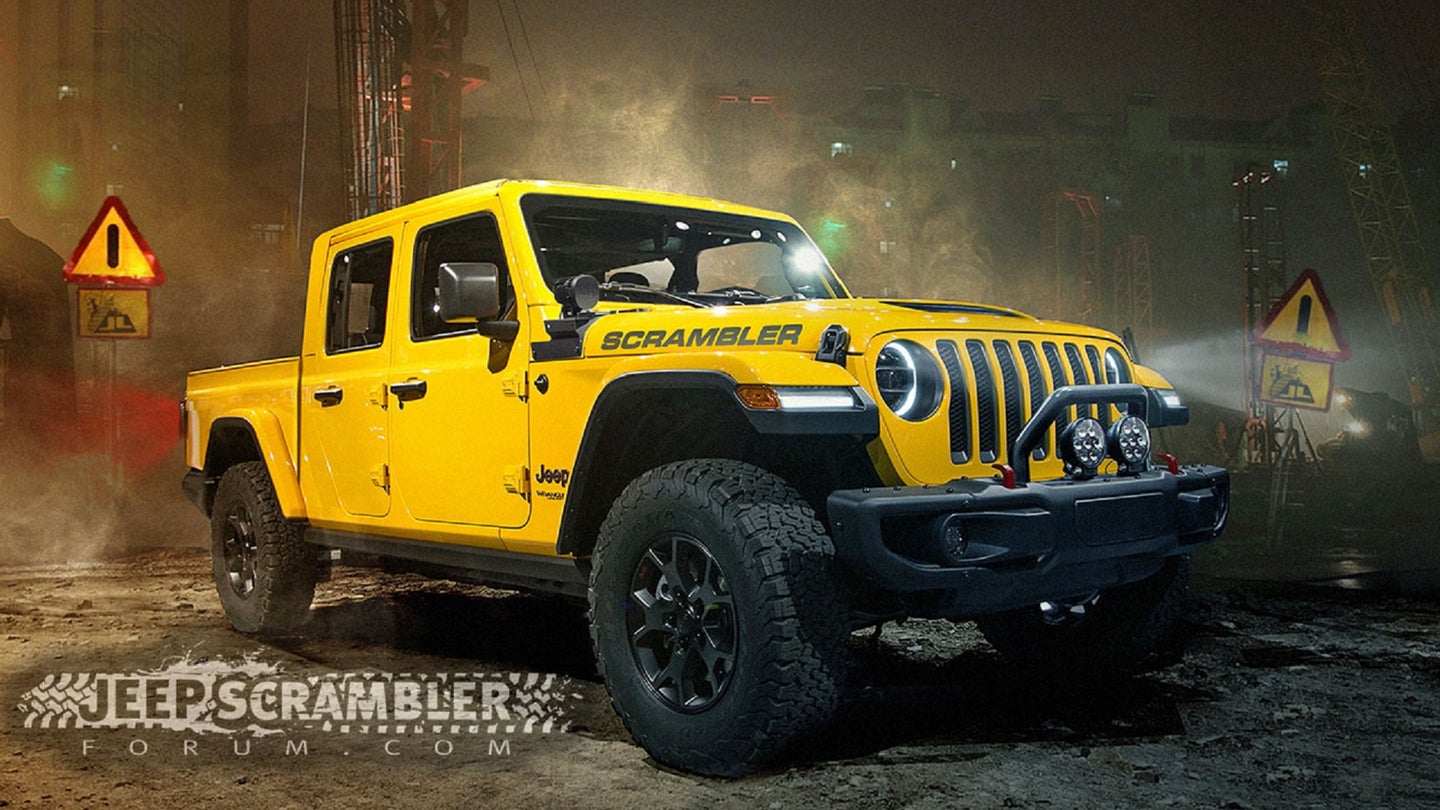