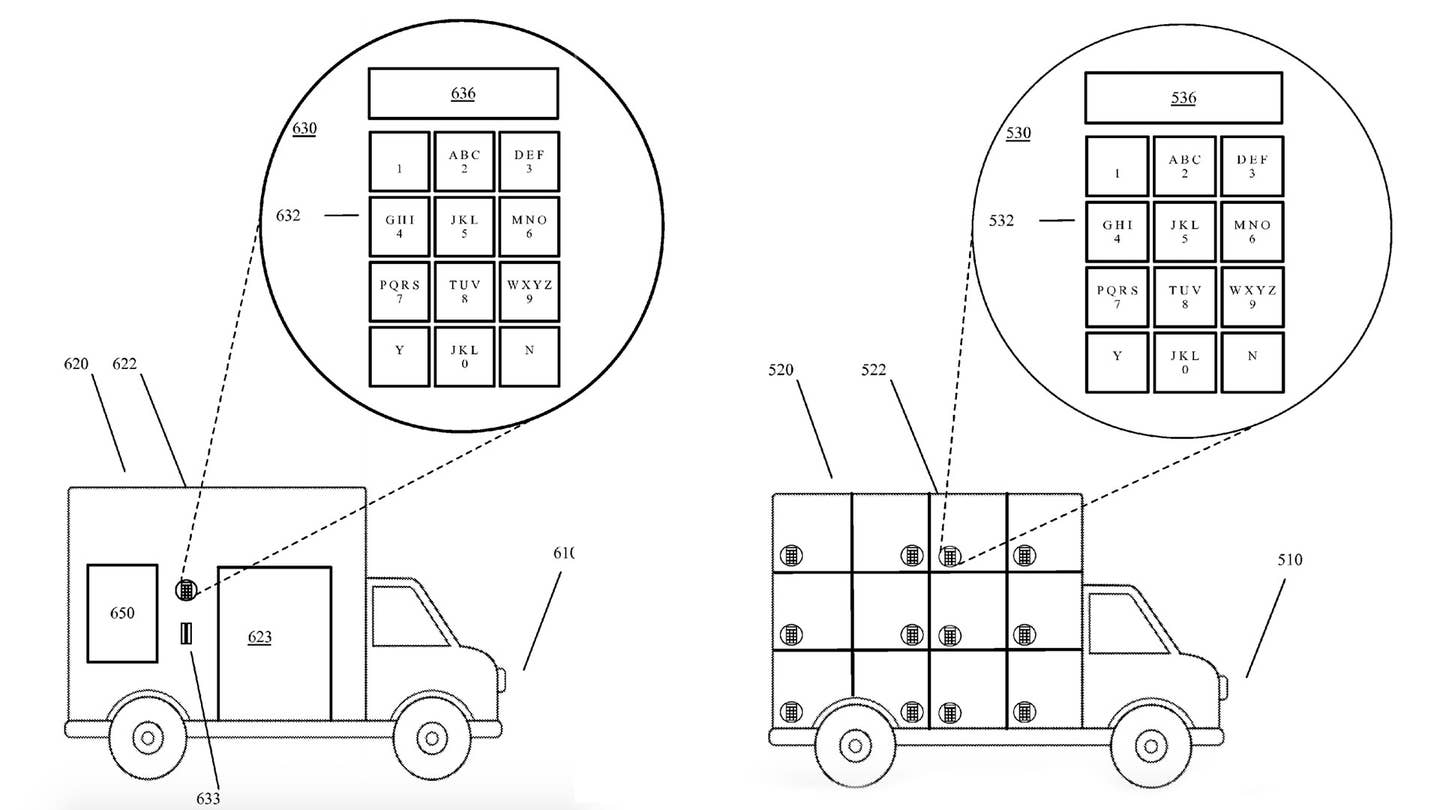 On July 1, 2013, Google submitted an 18-page patent application for an “autonomous delivery platform.” It’s essentially a self-driving cargo truck outfitted with secure lockers, and it took until this month for the U.S. Patent and Trademark Office to grant patent 9,256,852 B1. The submission gets breezy when discussing how the truck gets from depot to delivery location, but gets specific on how a customer claims a package. It’s an interesting concept.

Here’s how it works: The recipient gets an app notification, predicting when the truck will arrive; then, once the vehicle is on-location, the customer can open the secure locker containing their package with a PIN, or a pre-texted code, or a touchless credit card swipe using Near Field Communication.

The autonomous programming wouldn’t be limited to out-and-back runs, as Google’s application lays out a vision in which the truck can retrieve more goods while it’s out making deliveries. And, the way the application presents it, the pilotless lorry will carry anything that can fit into one of its “package securing subsystems,” everything from pizza to IKEA.

Cargo delivery is already a staggering business, growing steadily as online shopping becomes more and more prominent. Simplifying and expediting how a customer gets his delivery is the focus of some of the greatest minds of our generation, as well as enormous R&D budgets. Amazon is prepping a drone fleet for its Prime Air service, Google parent Alphabet counters that with its Project Wing that it’s been trialing for two years. Perhaps closest to reality is the effort of Workhorse trucks, which is testing its Horsefly parcel service using drones launched from the top of its electric delivery trucks. And the British are in on the mix, too.

While Amazon has nothing to do with vehicles, Google’s autonomous car fleet has already covered more than 1.4 million miles in California, Texas and Washington state. On top of that, it’s been working on clearing regulatory hurdles to test autonomous commercial trucks.

One day soon your delivery man will be the ghost in the machine. We should probably start thinking about how to tip him.