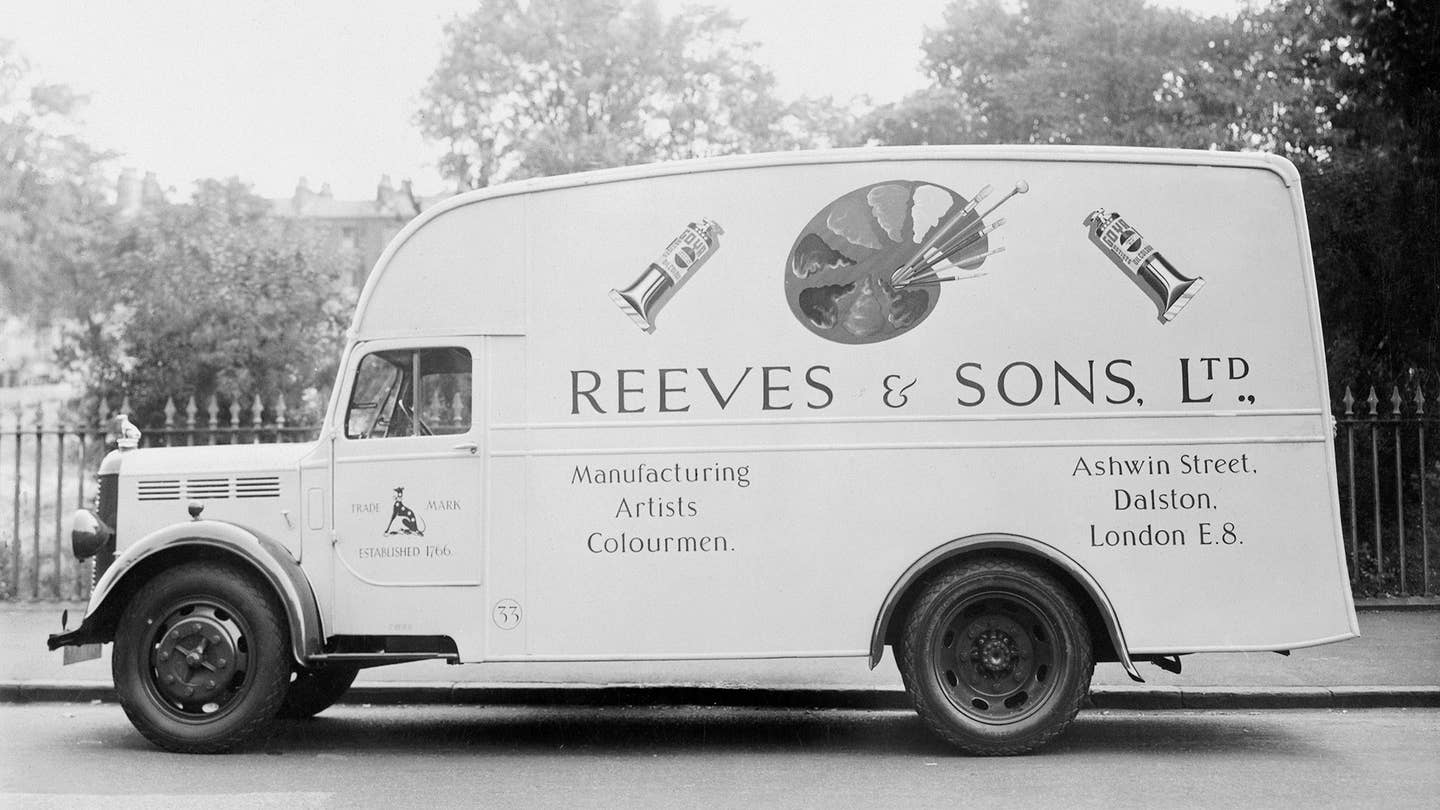 It’s a double-edged sword: Self-driving cars will open up mobility options for those who can't or don't want to drive, but robo-vehicles are also coming to take our jobs. (And our dolphin’s jobs—Ed.) If you're a delivery van driver in England—a.k.a., a “white van man”—it's time to stop ogling The Sun’s Page 3 girls and start worrying about self-driving deliveries. Starting next year in London, a three-stage autonomous delivery program will go into testing mode, transferring goods between warehouses and big U.K. chains store, like Tesco and Sainsburys.

The plan is to move away from the traditional work timing towards a true 24-hour delivery system, allowing self-driving package-carrying vehicles to travel outside of rush hour. Traffic in downtown London is so terrible that even Santa Claus would get stuck, so being able to work when all are a-bed just makes sense.

As with current delivery routes, large trucks will move bulk freight between central warehouses, and then smaller driverless vans will move in to take packages to central locations. Then, short-range self-driving robots will take the packages to individual houses, travelling at Postman Pat walking speeds.

Transport Research Laboratory representative Dr. Nick Reed says this program is “about demonstrating the concept and then thinking about how that changes the business model for logistics and deliveries. It means you can do things around the clock.” But it's unclear whether the delivery method will allow your package to actually be delivered when you're at home; critics have been quick to point out that people really need to be awake to sign for a delivery.

The real regret here is that this development might spell the end of the white van man, England’s most capable and aggressive driver. Forget the rally champions and Lewis Hamilton: the white van man is capable of flogging a diesel Ford Transit to within an inch of its life, setting speed records while munching away on a bacon butty in one hand. For decades, they've been as much a part of the English landscape as the London Cabbie. The self-driving car may finally put paid to both.