“One by one, one by one. Holy God, I’ve never seen such a sight before,” a witness told The New York Times. 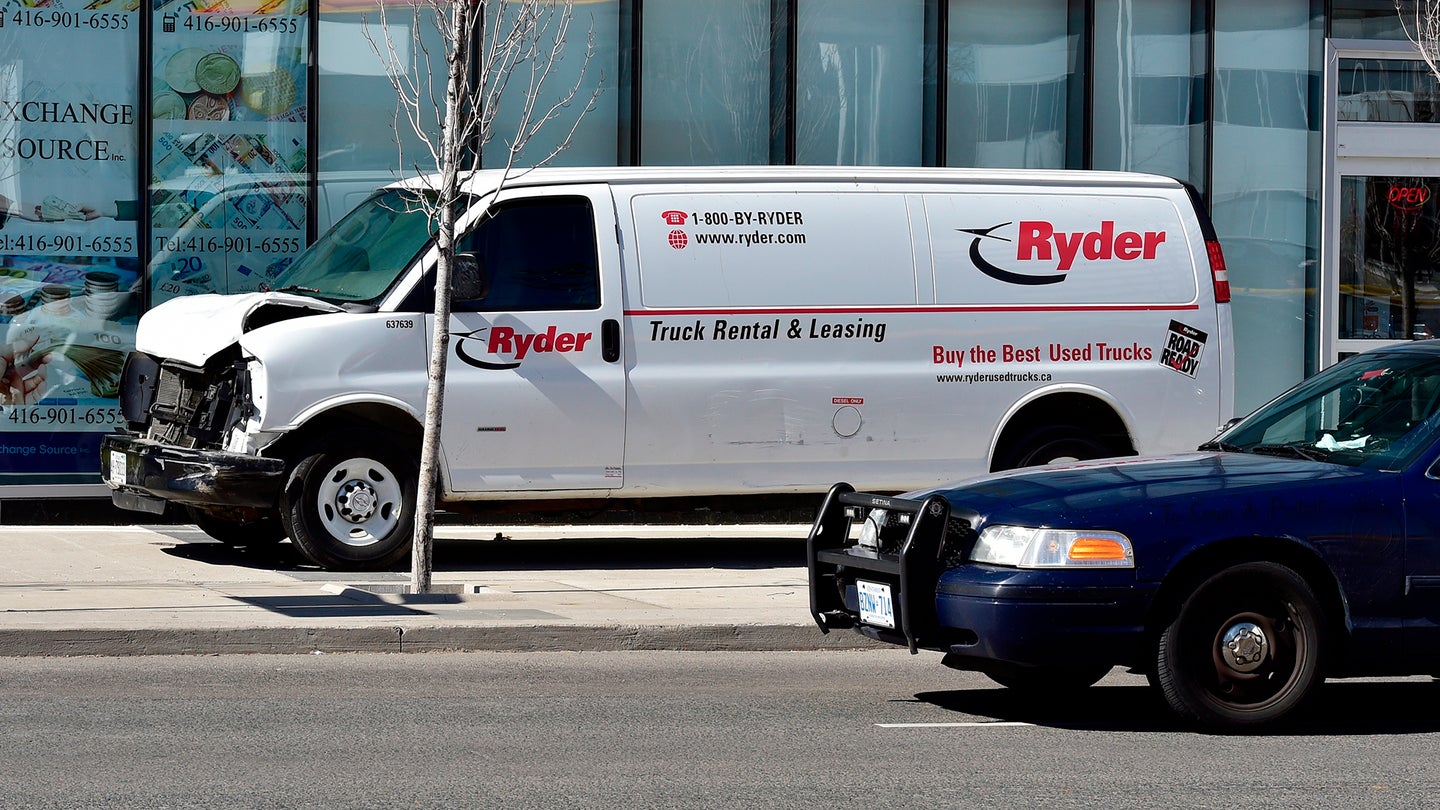 Police in Toronto, Canada have arrested a suspect after a white cargo van mowed down at least 25 people, killing nine, in two separate locations along a busy thoroughfare—a horrific incident that left North America's fourth-largest city reeling and officials scrambling to determine a motive.

Just before 1:30 pm, the as-yet-unidentified driver of the van struck at least one person who was crossing Yonge Street, a major road in the city, in the North York area of Toronto. The driver then continued for a south for over a half a mile towards a pedestrian plaza and civic complex called Mel Lastman Square, where he mounted the curb and intentionally drove through a crowd of people before speeding away, according to the CBC.

Due to the spread of the crime scene, it took police hours to confirm the exact number of injuries and fatalities. But late this afternoon, officials confirmed that at least 25 people had been struck by the van, 9 of whom died. Authorities warned that number could still rise, as several of the victims have suffered catastrophic injuries.

Witnesses describe a gruesome, horrible scene, with victims being caught completely off guard by the speeding van.

"One by one, one by one," a man named Ali told The New York Times, describing the methodical attack. "Holy God, I’ve never seen such a sight before. I feel sick."

The suspect then fled further down Yonge Street before being apprehended by an officer with the Toronto Police Department. Intense video captured by a witness shows the van pulled over on the sidewalk, with the driver standing in front of it and gesturing at the officer with an unknown object in his hands. After a few moments, perhaps realizing that the officer isn't going to shoot him, he drops the object and surrenders.

Canadian Prime Minister Justin Trudeau, who was in Ottawa at the time of the attack, told reporters that "our hearts go out to anyone affected" and said that officials were working to get more details.

It would likely take tens of thousands of boulders, barriers and bollards to keep cars and trucks off of the trails.

Could a Simple Safety Feature Help Reduce the Destruction of Vehicular Terrorist Attacks?

While not a perfect solution, a simple software tweak could help reduce the later carnage of these increasingly common terror attacks.