Can you guess what they are? 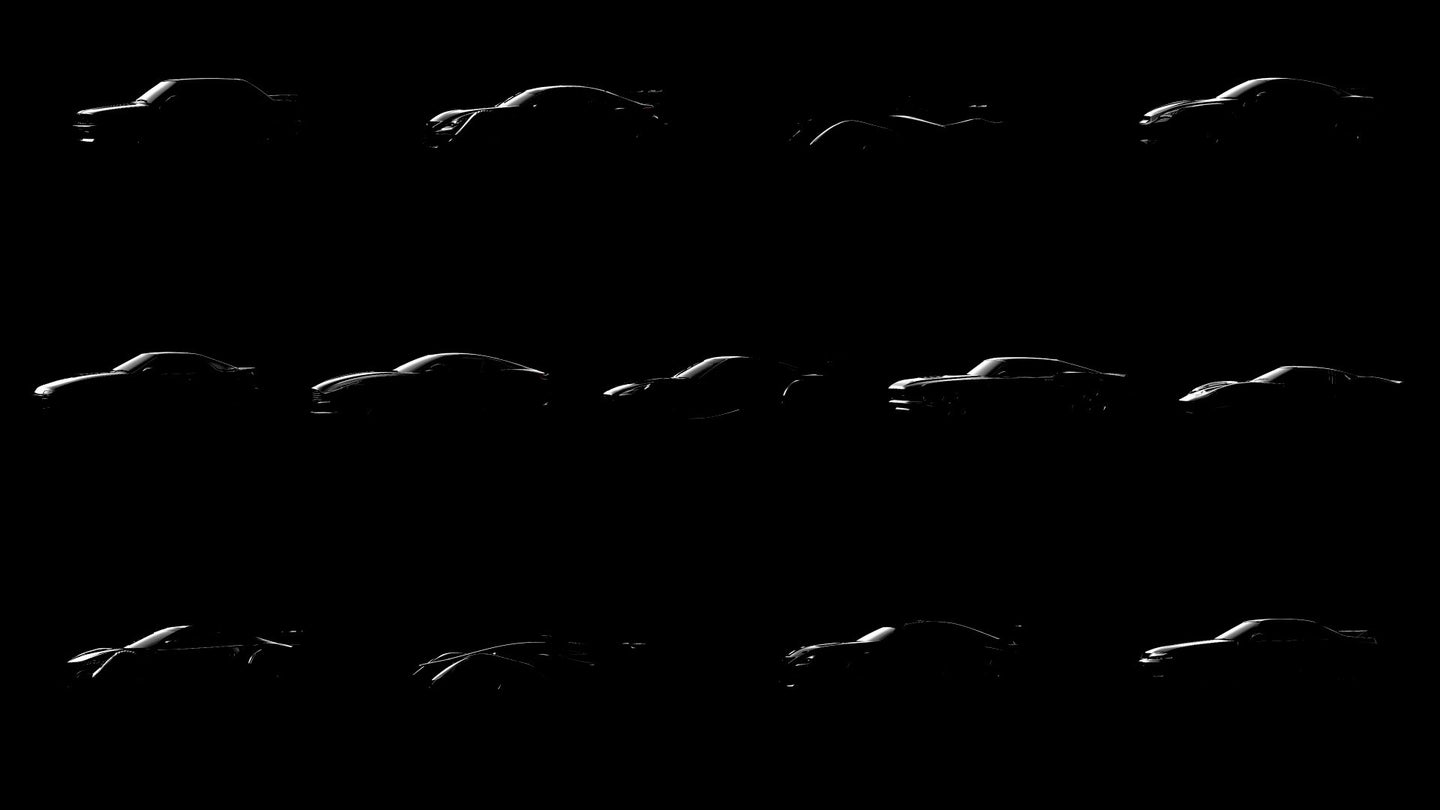 Making good on the promise to deliver a total of 50 downloadable automobiles by the end of March, 13 new cars will be added to Gran Turismo Sport next week. In a Friday tweet from series creator Kazunori Yamauchi, the PlayStation racing game's next batch of virtual vehicles was teased in yet another dimly lit image. Can you tell what they are?

We'll admit, this roster was a little harder to decipher than past content drops but let's take a stab at it anyway. Starting from the top left, we have what is clearly an E30 BMW M3, marking the iconic Bimmer's first-ever appearance in a GT game. Given this car's cult status and the fact that Gran Turismo has been cranking out driving games for two decades now, it was about damn time. To the right of the E30, we have what appears to be a Japanese Super GT-spec Lexus RC F, what we estimate to be some sort of tiny, classic racer (you're gonna have to help us out on this one), and another variant of the R35 Nissan GT-R.

Moving a row below those, we see what appears to be a second-generation Mazda RX-7, the refreshingly modern and British Aston Martin DB11, another compact, sporty vehicle we can't quite put our finger on, a classic Mustang of some sort (our money's on the 1969 Boss 302), and the Ford GT40.

If you have any idea what the more obscure cars are or are convinced that one of our predictions is completely off the mark, kindly let us know in the comments. Emphasis on kindly.

Gran Turismo Sport's latest car pack will be available as a free update next week on PlayStation 4.