I ain't afraid of no ghosts but I'm terrified of other drivers. 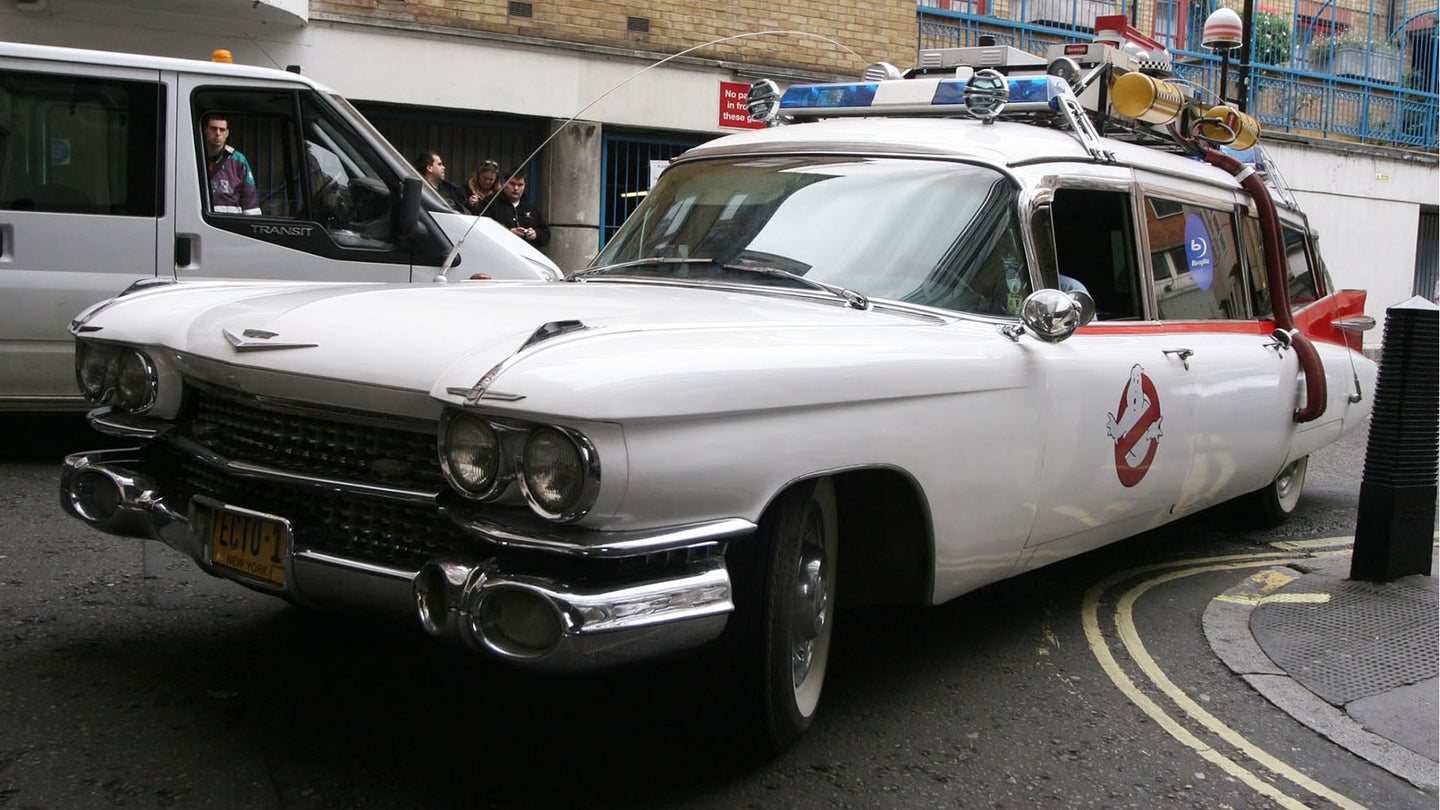 So there you are, driving along, minding your own business, towing your project car and somebody rams into you on the highway. Accidents are frightening things but having your project victimized when it’s not even rolling under its own power just adds insult to injury.

According to Lehigh Valley Live, That’s exactly what happened on Route 57 in Mansfield, NJ Friday morning. A driver in a red Chevy Suburban towing a Ghostbusters-themed Hearse was involved in an accident with a Ford pickup truck. The Suburban overturned and the Ford struck the trailer, damaging the “Ecto 1” clone. It happened at 10:20 a.m. near Komar Road.

The driver of the pickup was taken to Hackettstown Medical Center after injuring their arm and hand. The driver of the red Suburban wasn’t hurt despite the Chevy being found overturned on the roadway. Police say they were driving fast and had to slam on the brakes as it rolled up to another vehicle making a left turn. As the Suburban skidded to a halt, it overturned to its right side, with the trailer moving left into oncoming traffic where it was hit by the Ford pickup truck. The driver of the car making the left turn was not involved.

The custom Hearse featured the full Ghostbusters paint-scheme complete with the frightened-ghost logo and red accents. There’s also a neat installment up top meant to mimic the movie car. After the accident, the Hearse can be seen teetering on the edge of the trailer. The original article features over 30 pictures of the accident, giving you a great view of all the angles of Ecto 1.