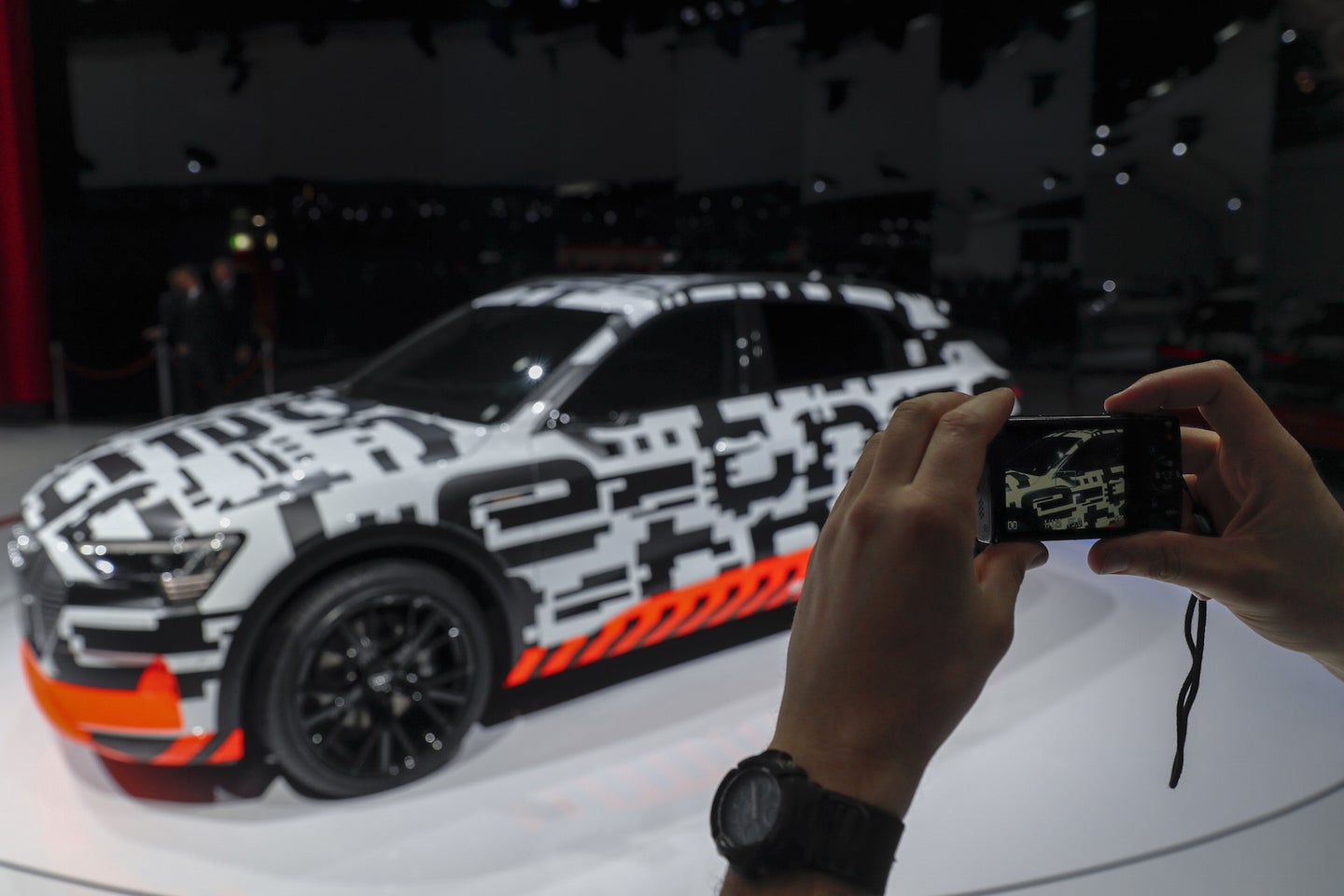 Audi’s e-tron, the electric SUV with a camouflage exterior and 150 kilowatts of charging capacity, debuted at Geneva’s press preview last week. To give consumers a further look at the forward-thinking model, Audi is following in the footsteps of other companies by using a modern form of advertisement: social media.

The brand, which is usually camera-shy about previewing its models, will unleash 250 of its e-tron SUVs through Geneva, Switzerland, as the motor show continues through March 18. Consumers and observers are highly encouraged to take photos of the model and post them to social media, using the hashtag “#etron.”

Audi has already documented its favorite photos on its site. The e-tron models you’ll see contain a black and white pixelated print and a bright orange trim. Audi designers Marco dos Santos and Stephan Fahr-Becker created these unique features exclusively for the Geneva show. The graphic smattered with the letter "e" to represent the revamped e-tron logo, and the orange trim around the bottom was inspired by colorful sneaker treads.

The car was built in Audi’s factory in Brussels, Belgium, which produces 3,000 megawatt-hours of electricity each year. Everything, from battery manufacturing to motor engineering to bodywork and data programming is all completed in the factory.

The car also boasts an energy-conserving TDI combustion engine along with a charging station network that ensures the best charging location for your mileage and battery.

The e-tron won’t be available for purchase until Aug. 13, when it hits the market in Brussels, Belgium. Until then, Audi will drive the car through other international terrains in Scandinavia and Africa to see how it handles in extreme weather conditions.

Audi improved its sales last month, selling more than 130,000 models with a year-on-year increase of 4.6 percent. Its small, but speedy Q2 SUV was its best seller. Perhaps the e-tron SUV will be a large contributor to Audi’s future sales. The e-tron is the first release of Audi’s electric car series, which will include a Sportback and Gran Turismo coupe by 2025.

Still, Audi’s electric cars will comprise a small fraction of the Volkswagen brand, which aims to release 300 different electric models by 2022.