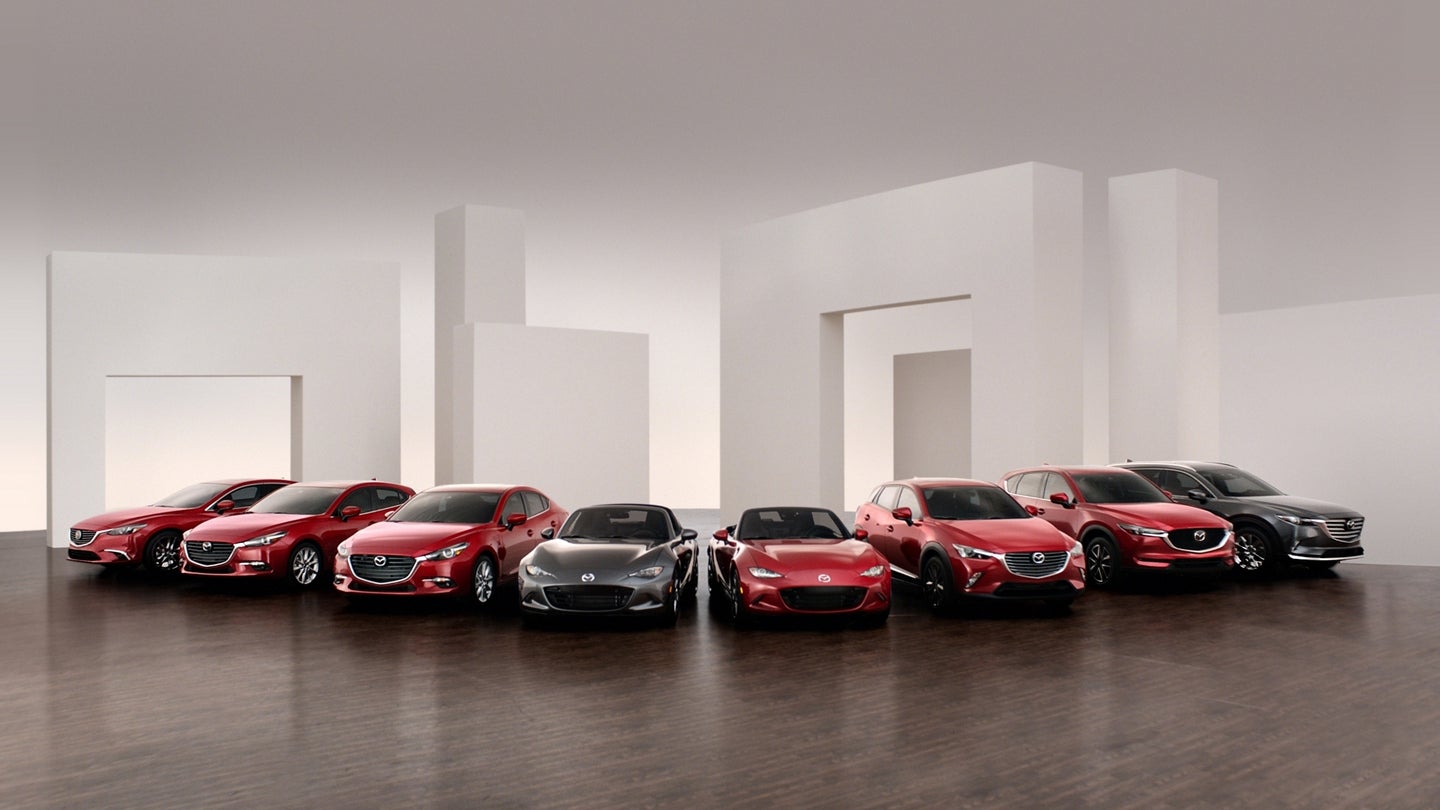 The year when the Mazda Millenia was launched in the U.S. was the last time Mazda had a January as good as the one it had in 2018. Mazda sold 24,962 vehicles in the U.S. last month, a 15 percent increase over January of 2017. About 67 percent of those vehicles were crossovers, while the split between car sales and crossover sales in the same month the previous year was almost exactly 50/50.

It’s no surprise that crossover sales are up, but the margins by which crossovers are up and cars are down are still staggering. The CX-3 is up 14 percent, the CX-9 is up 46.8 percent, and the granddaddy of Mazda sales, the CX-5, is up a whopping 66.9 percent. The CX-5 alone made up over half of all of Mazda’s sales in January and this was its 10th consecutive record sales month. Snowy roads must give drivers a craving for all-wheel drive because 56 percent of Mazda crossovers sold last month were equipped with Mazda’s i-ACTIV all-wheel-drive system.

The outlook for Mazda cars is downright depressing. The Mazda3 only took a 12 percent dip, but the Mazda6 and the Miata tanked, 53 percent and 53.1 percent, respectively. The Miata was by far the brand’s worst seller, moving only 436 units last month. Granted, January isn’t a very good time of the year for roadster sales, but that’s still a pretty sad number.

We know we shouldn’t be surprised, but the crossover craze marches on with no signs of slowing down. It’s getting hard to think that what started as a trend is anything but a permanent market shift. It wouldn’t be so sad if Mazda cars weren’t so good.