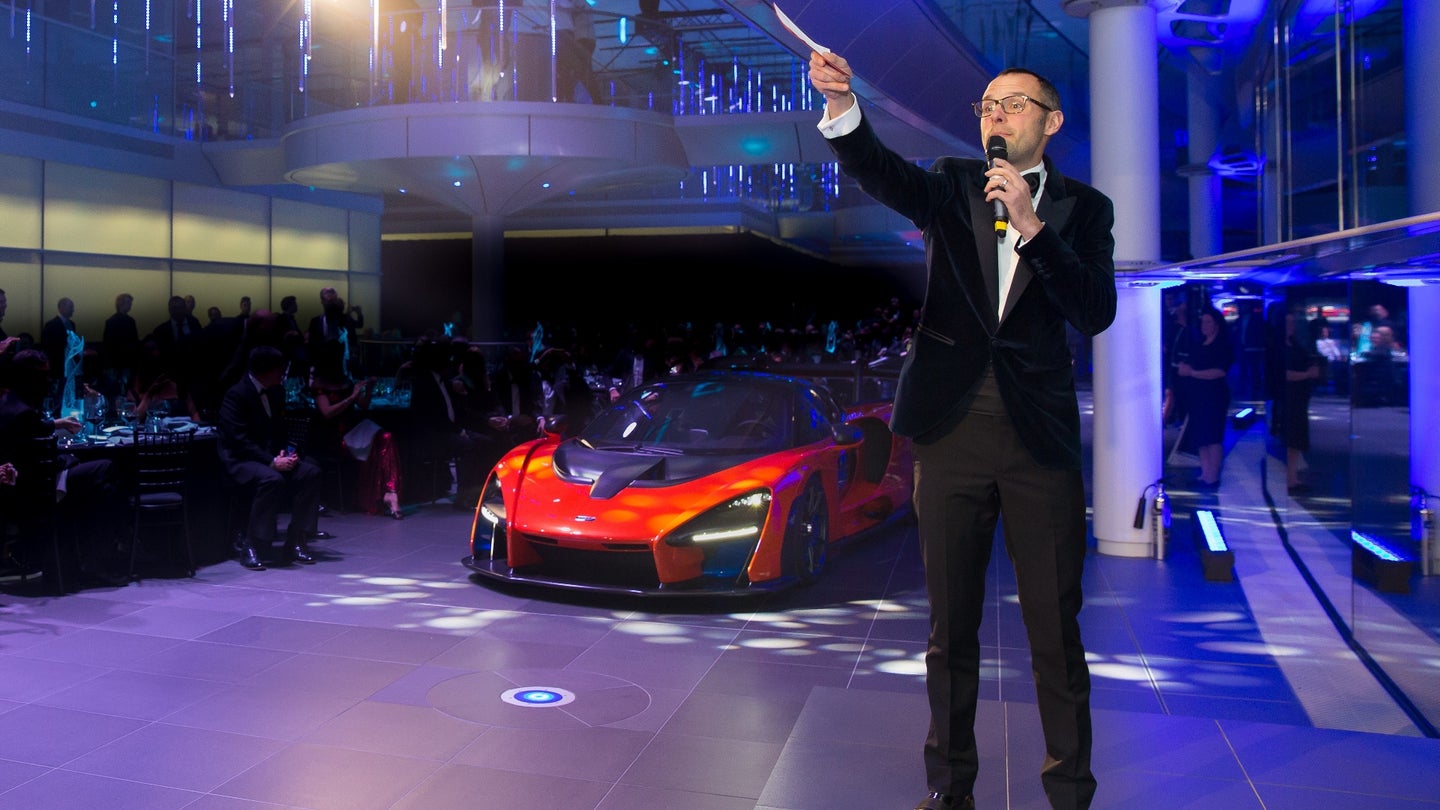 The 500th and final build allocation for a McLaren Senna just sold at a private auction of McLaren customers for $2.67 million. Proceeds go to the Ayrton Senna Institute, named for the late three-time F1 world champion who famously raced for McLaren. Senna’s sister and nephew were in attendance at the auction.

Don’t feel bad about missing out on getting one, though. The Senna is one of those cars so rare and exclusive that you had to be invited by the manufacturer to have the privilege of spending £750,000 ($1 million) on the hypercar.

The McLaren Senna will be the second installment in McLaren’s Ultimate Series alongside the hybrid P1. It’s powered by a twin-turbo 4.0-liter M840TR V8 engine that makes 789 horsepower and 590 pound-feet of torque. Those insane numbers come in a light package, with the Senna tipping the scales at just 2,641 pounds.

The New McLaren 570S Sprint and P1 LM
The Drive

Power and lightness aren’t the only things that make the Senna the “most extreme” road car McLaren has ever built (McLaren’s words, not ours). It also comes with an RCC II RaceActive Chassis Control hydraulic suspension and downright ridiculous aerodynamics with enormous front and rear splitters and a comically large rear wing, all of which are functional for keeping the car planted on the track. The Senna was designed so obsessively with aerodynamics as a top priority that it made for an aesthetic that’s been met with mixed reactions. If you think it’s ugly, just remember that it’s ugly for a reason.

The Ayrton Senna Institute that benefited from the auction selling the last Senna was founded in 1994 after the legendary racer’s untimely death and provides education to children in the Sao Paulo district of Brazil, Ayrton Senna’s birthplace. The Institute is presided by Senna’s sister Viviane Senna da Silva Lalli, who was in attendance at the auction along with her son Bruno Senna, who happens to be a race car driver like his late uncle.