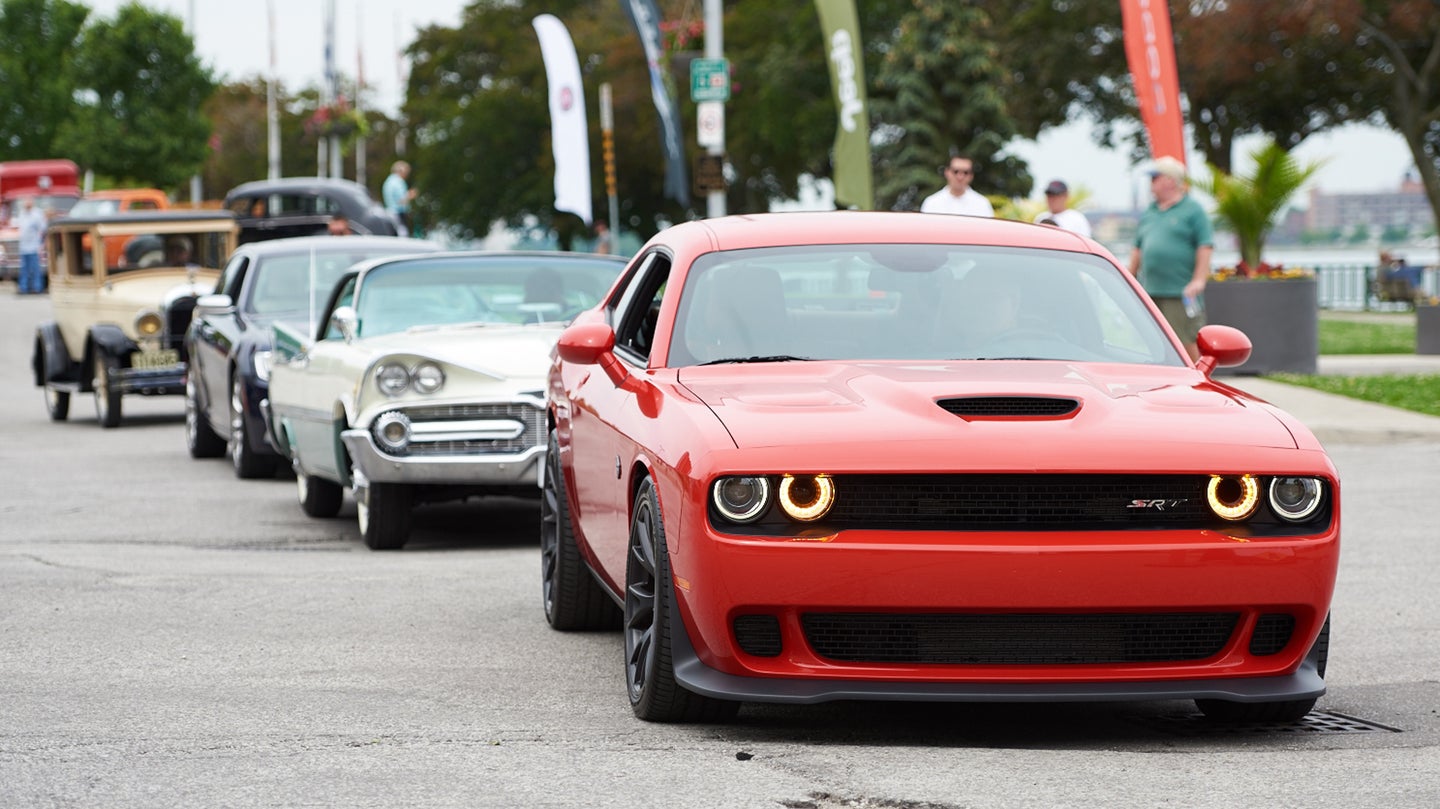 As long as they've been making Dodge Challenger SRT Hellcats, people have been crashing them. It's a fact of life, really. And so it's almost poetic that a man fleeing police in a small town outside Chicago this week should wreck the Hellcat he bought just two weeks ago right in front of an auto museum. Sounds like a perfect monument to these crazy times.

The Chicago Tribune reports that an officer spotted 22-year-old Dakota Eckmann driving his 2015 Dodge Challenger SRT Hellcat at a high rate of speed and weaving in and out of traffic on Route 12 in Wauconda, Illinois. By the time the officer was able to turn around, Eckmann was already more than a half-mile down the road.

An off-duty officer was driving ahead of Eckmann and stated that the Hellcat passed him on the shoulder at about 100 mph, Wauconda Police Chief David Wermes told the Tribune. He then exited the highway and sped down a rural road before failing to navigate this turn in front of the Volo Auto Museum and crashing into a utility pole.

According to Wermes, officers arrived at the scene of the crash within a minute to find the Hellcat already beginning to burn. They pulled Eckmann out and were able to extinguish the flames before the car was totally destroyed. You can see another good picture of the damage here; honestly, wouldn't that look great in a museum?

Police charged Eckmann with two felony counts of aggravated attempt to elude, plus reckless driving, passing on the shoulder, speeding, and unlawful possession of drug paraphernalia. Wermes told the Tribune that they "believe he was smoking the pipe while he was driving," and confirmed his all too brief ownership of the Hellcat.