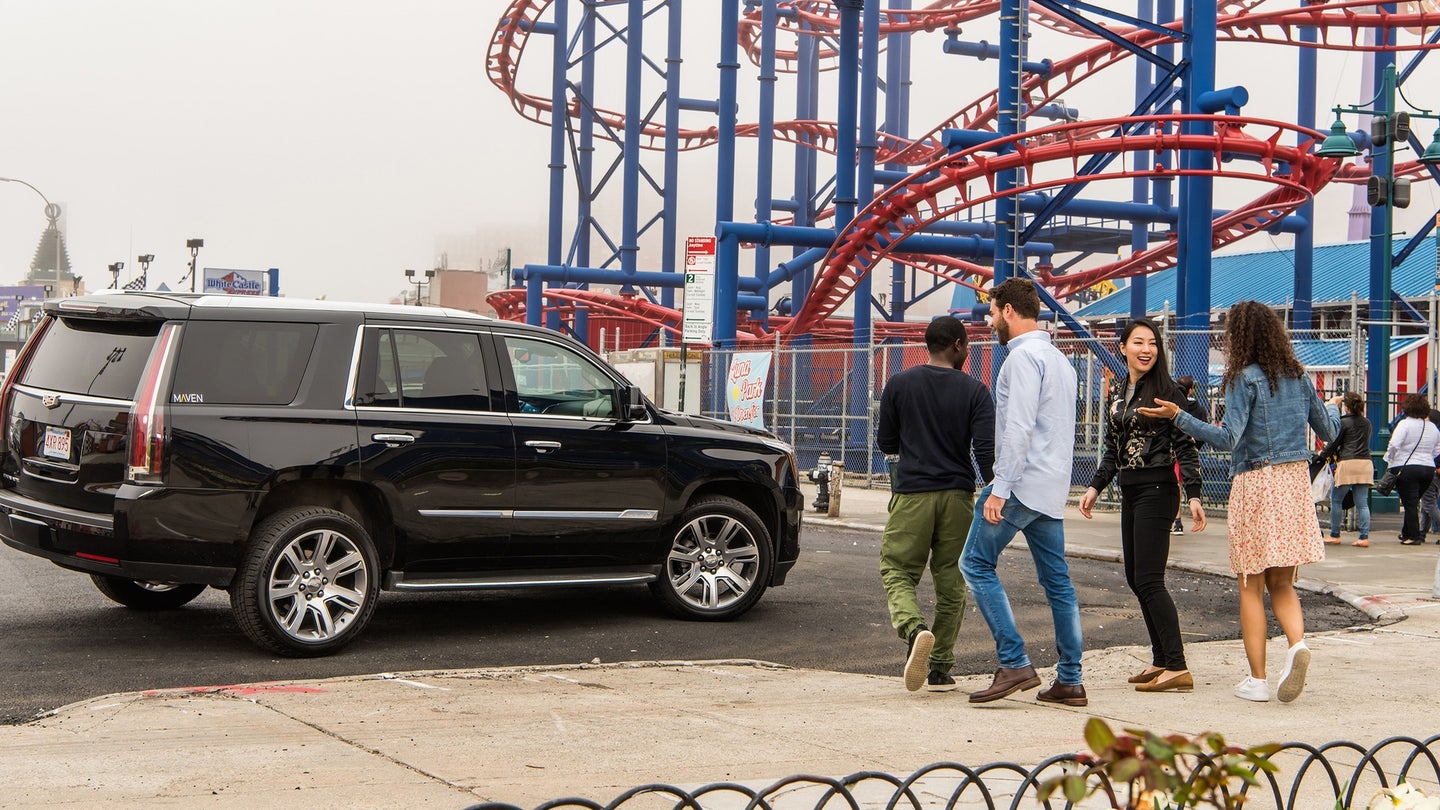 Before it launched Maven as a nationwide brand, General Motors stuck its toe into the mobility-service waters by launching a limited car-sharing operation for residents of certain high-end apartment buildings in New York City. Now, Maven is back in the Big Apple with bigger plans. The company has deployed more than 80 cars in Manhattan for public car sharing use. The vehicles are available for hourly or daily rentals—coordinated, as always, through Maven's smartphone app. Maven plans to expand availability to New York's outer boroughs in the future.

Unlike many of the other cities where Maven operates, New York actually has a fairly robust public transit system...at least, when said system isn't hobbled by maintenance issues. But Maven believes its car-sharing service will address the one factor that keeps many New Yorkers among the ranks of car owners: the need to take trips outside the city.

Maven believes its car-sharing service can essentially eliminate the need for New Yorkers to own cars, by providing them with short-term rentals for trips to nearby places that are more convenient to reach by car, like Long Island's glitzy Hamptons or New Jersey. Not that anyone really wants to go to New Jersey.

GM's car-sharing operations are part of a trend toward automaker involvement in mobility services. While these businesses initially represented a threat to automakers because of their potential to reduce car sales, companies like GM view them as potential new forms of revenue that can augment sales. Because they build the vehicles, automakers may have somewhat of an advantage over car-sharing companies that must purchase fleets of cars, or ride-sharing companies that rely on freelancers to invest in their own transportation.