Volvo XC60 Will Steer Itself Away From Potential Accidents

The crossover will have three new tech-heavy safety features designed to prevent drivers from crashing. 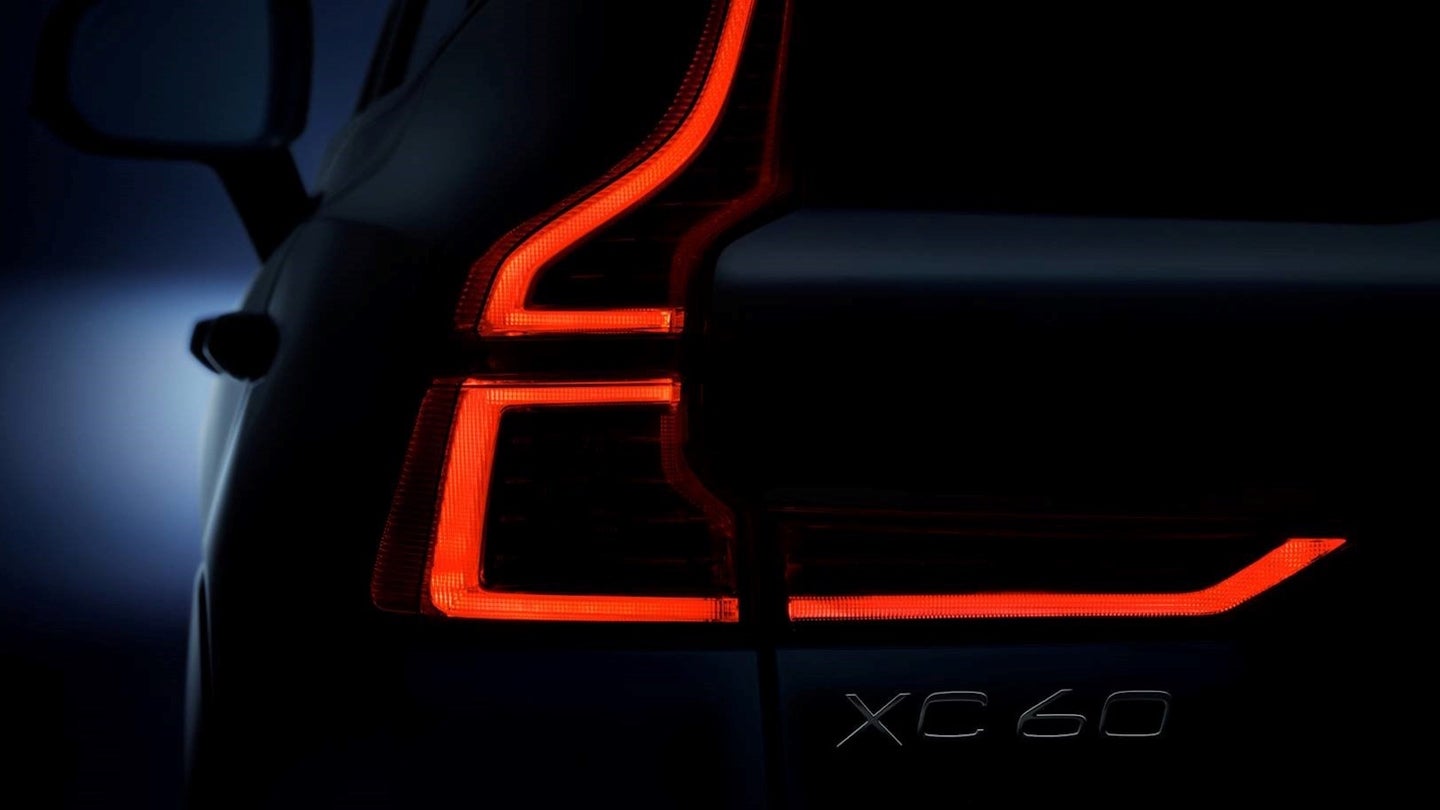 The yet-to-be-revealed Volvo XC60 will be stuffed with a bunch of Swedish safety-tech goodies that the automaker hopes will help prevent potentially avoidable accidents.

Volvo is equipping the new crossover with tech that will steer itself away from potential accidents, the automaker announced in a press release on Tuesday. The car will attempt to turn away from the dangers when it recognizes that its auto-braking system isn't able to prevent a crash by itself. The tech is active when driving between about 31 miles per hour to 62 mph, and actively monitors potential hazards in the form of cars, pedestrians, and large animals.

The crossover is also getting a new system the automaker calls "Oncoming Lane Mitigation" that is designed to prevent head-on crashes. The tech monitors whether the car is drifting out of its lane; if it notices the XC60 has wandered outside of those boundaries, it sends a warning to the driver and reels the car back into its lane. This tech works at speeds between around 37 mph to 87 mph.

“We have been working with collision avoidance systems for many years and we can see how effective they are," said Malin Ekholm, senior director of Volvo's safety division. "In Sweden alone we have seen a decline of around 45 percent in rear-end frontal crashes thanks to our collision warning with autobrake system. With the XC60 we are determined to take the next step in reducing avoidable collisions with the addition of steering support and assistance systems."

The crossover will also guide itself back into its lane if it notices the driver attempting to change lanes when a car is in its blind spot.

The implementation of this new tech is a step toward Volvo's goal of producing a fully-autonomous car by 2021 and to prevent deaths and serious injuries from occurring in one of its new cars by 2020. Volvo CEO Hakan Samuelsson is also pushing for a record year of global sales in 2017 for the fourth year in a row, moving the company towards 800,000 global sales by 2020. Volvo sold 534,332 cars in 2016, and the XC60 can be thanked for 30 percent of that.

The new car will be shown off for the first time at the Geneva Motor Show next week.

This allows for an “immersive experience” through social media.