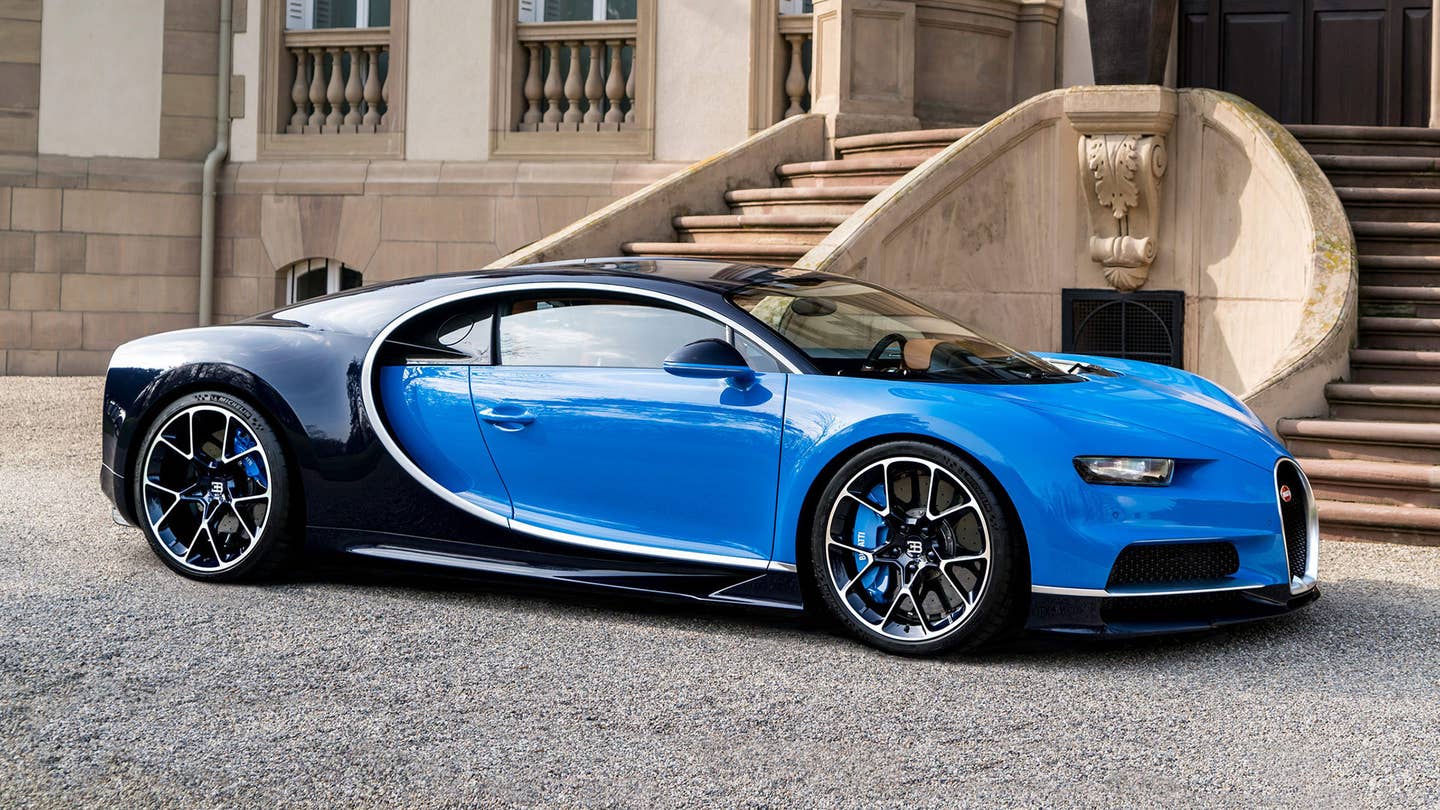 Existing superlatives cannot due justice to the insanity that is the 2017 Bugatti Chiron. So rather than try and confer how ridiculous this car is through clever compound adjectives like “fantastimad” or “bonkersanity,” we’ll let the car’s spec sheet speak for itself: The Chiron has 1,480 horsepower and 1,180 pound-feet of torque.

Yeah. You’re gonna want to sit down for this.

Let’s start with those power figures. Thanks to a revised version of Bugatti’s 8-liter, quad-turbocharged W-16, the Chiron cranks out roughly 300 horses more than the Veyron Super Sport and about 500 more ponies than the original Veyron. Combined with a seven-speed dual-clutch automatic transmission and all-wheel-drive, Bugatti says the Chiron can leap from 0-60 in less than 2.5 seconds. Big whoop, right? The Porsche 911 Turbo S is only a couple tenths off that pace; the Ferrari LaFerrari, Porsche 918 Spyder and McLaren P1 can all match or beat the acceleration. But no stock Porsche, Ferrari, or McLaren can come close to matching the Chiron’s 260 mph-plus top speed.

Why so cagey with this “260-plus” business? As of now, Bugatti will only say that the Chiron will be restricted to 260 mph for on-road use, which is kind of a hilarious statement when you think about it. As for its actual top speed, well, Bugatti is just saying that the car is primed to capture the production car top speed record. We fully expect an announcement, with great fanfare, whenever the record is broken before deliveries of the car start this fall.

The Chiron isn’t just faster than the Veyron, it also looks a lot meaner. It’s still unmistakably a Bugatti, but every visual cue has been ground down or bulked up, creating something that looks every bit as fierce as a nigh-1,500-hp hypercar should. Inside, it’s the palace of a cockpit you’d expect, with rich-looking leather and burnished carbon fiber coating just about every interior surface. (And is that a Porsche-like control knob we see at 8 o’clock on the steering wheel? Sure looks like it.)

The new Bugatti hypercar, predictably, is going fast. Only 500 examples of the Chiron will be made, and one-third of the production run is already spoken for. Gather your spare change, kids: This one costs $2.6 million.