Toyota's full-size pickup is long overdue for a refresh, but if you want a work truck for, you know, work, the Tundra is good cheap labor.

Welcome to Critic's Notebook, a quick and off-the-cuff car review consisting of impressions, jottings, and marginalia regarding whatever The Drive writers happen to be driving. Today's edition: 2018 Toyota Tundra SR5.

WHAT: Toyota's full-size pickup, slotting above the midsize Tacoma.

WHERE: NYC to Pennsylvania. A decent four hours on the highway, total, plus some around-town puttering and driving on the excellent NJ and PA roads around the Poconos.

WHEN: The never-ending late winter of 2018; aka early May in the Northeast, aka Lousy Smarch Weather.

Even though Japan is mostly known for strict emissions regulations and a hard pivot towards renewable hydrogen, you don't get to be one of the world's largest automakers without building a big-ass truck for America, a country that can't get enough big-ass trucks. The Tundra is a workhorse both in capability and philosophy: the model is only available with a V-8 engine (either a 4.6-liter with 310 horsepower and 321 lb-ft, or a 5.7-liter with 381 hp and 401 lb-ft) which can only be mated to a six-speed automatic transmission, and can be configured on end among its three cab styles, two bed-lengths, and choice of rear-wheel or four-wheel-drive.

It's also a bit long in the tooth: the 2018 model-year Tundra is a continuation of long-ago refresh for a vehicle that's desperate for a full rethink. Demand and supply both run scorching hot for full-size pickups, and the Toyota feels ancient compared to recent all-new models from Ram, Chevy, and Ford, among others.

Checking Out Interior Features in the Tundra
The Drive 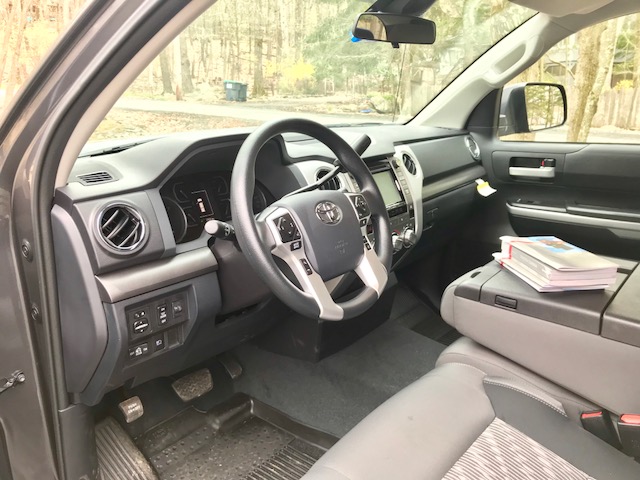 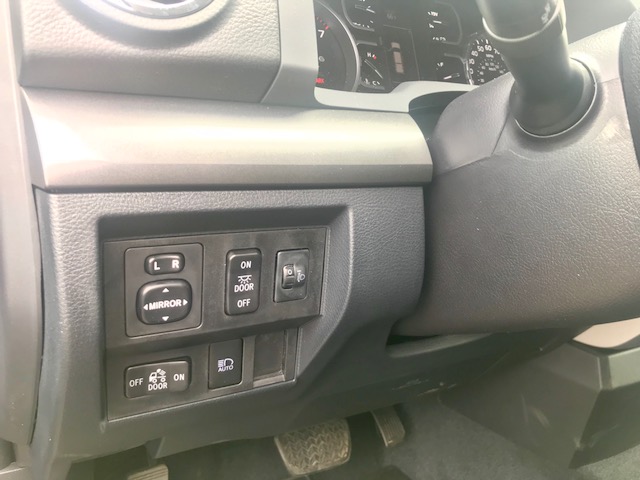 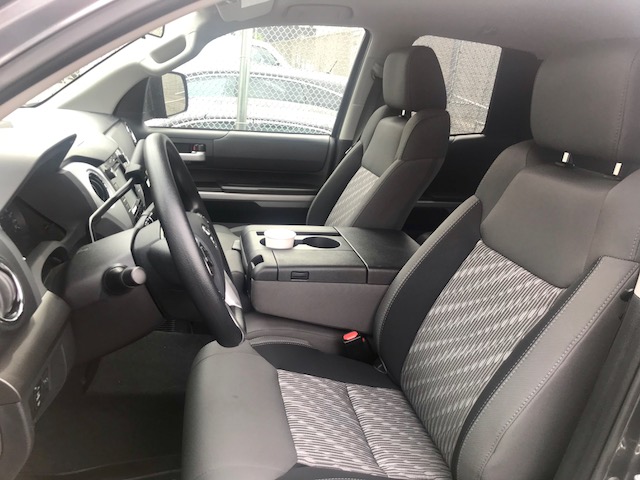 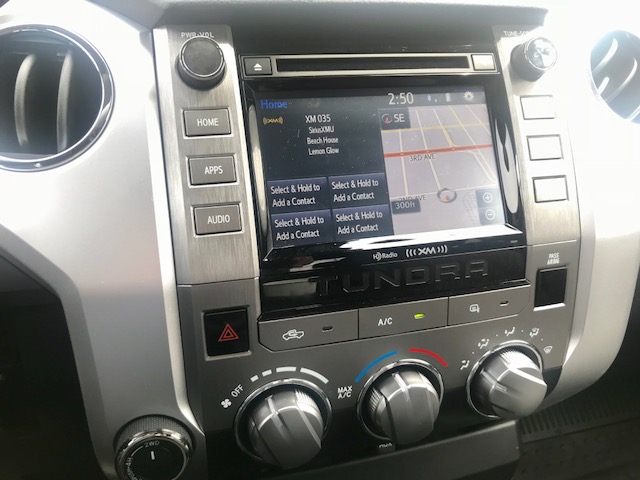 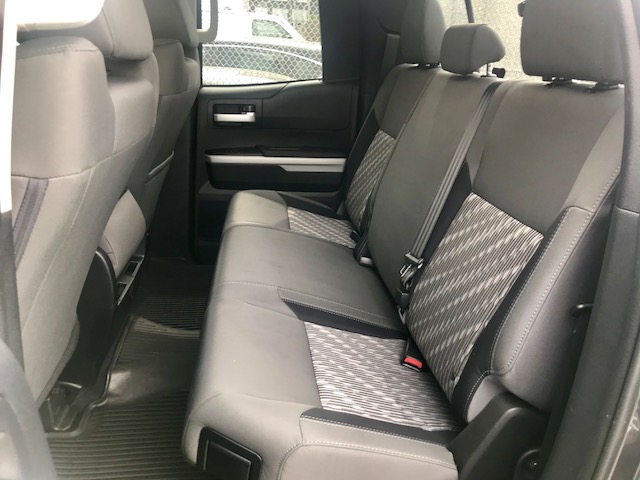 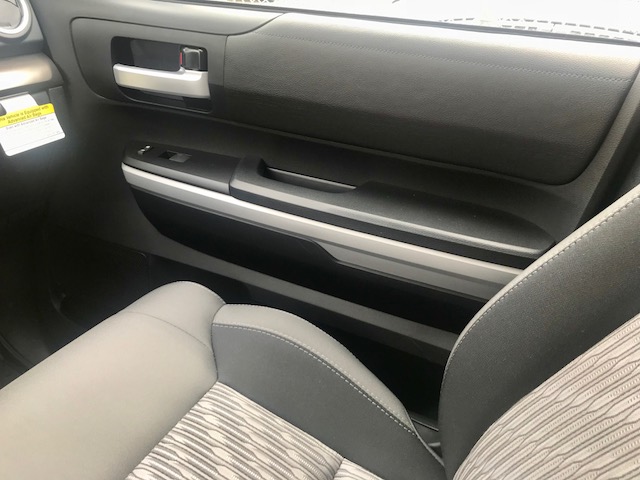 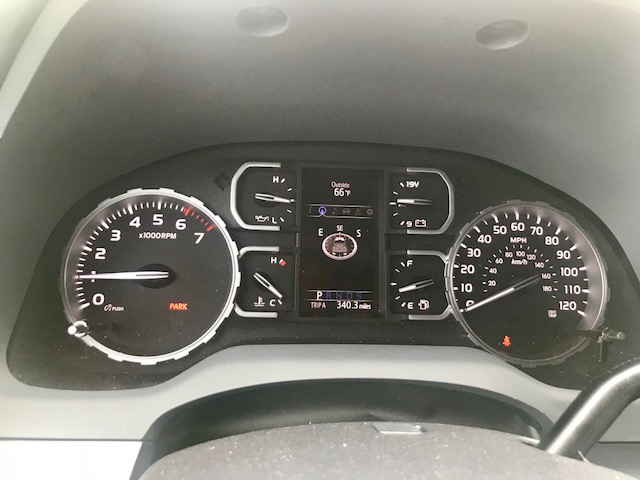 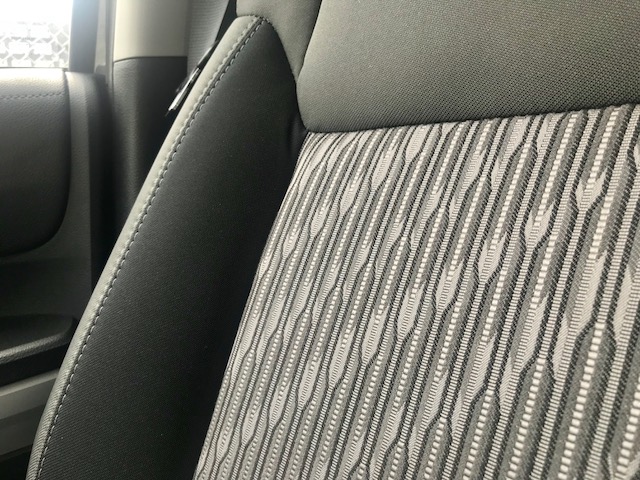 I wound up with the Tundra at the last minute, and so I was unprepared to give the 2018 Tundra the test it wants, which would include moving apartments, towing horses, and helping a friend put an addition on her house. Instead, I just cruised around rural Pennsylvania, mostly stopping to look at old furniture and eat pancakes. For that, it was great: it's a bigger vehicle than I would ever want to buy, but it's comfortable and easy to maneuver for its size. If you don't mind the body wiggles inherent to a heavy, tall, softly-sprung long truck—and I don't at all—this is the type of vehicle that will have a nickname inside a year.

Also, the one thing I kept coming back to is the notion of perceived value. So much of that term now resides in luxury materials and gadgets, even when talking about a class of vehicle invented for farmers and tradesmen. While a small business owner would look at any truck with a different eye, the first things I noticed about the Tundra were the outdated bits, like the huge stalk shifter and Sega Genesis infotainment system—and there are a lot of truck buyers looking at potential purchases with the same shallow gaze.

The lack of content is apparent and the Tundra loses to the newer competition on the bragging-rights truck specs, but you can still tow up to 10,500 pounds while comfortably transporting six people and, say, a couple dirt bikes in the bed, with an MSRP just a tick above $37,150. It's more than most people will ever need to use, and I found it charming, as well. (Note: I am notably amenable to and lenient on pickups.)

Still, it can't tow 12,500 pounds, so as far as the hardcore truck-guy market is concerned, it might as well be a Toyota Prius.

Toyota Tundra SR5, By the Numbers: