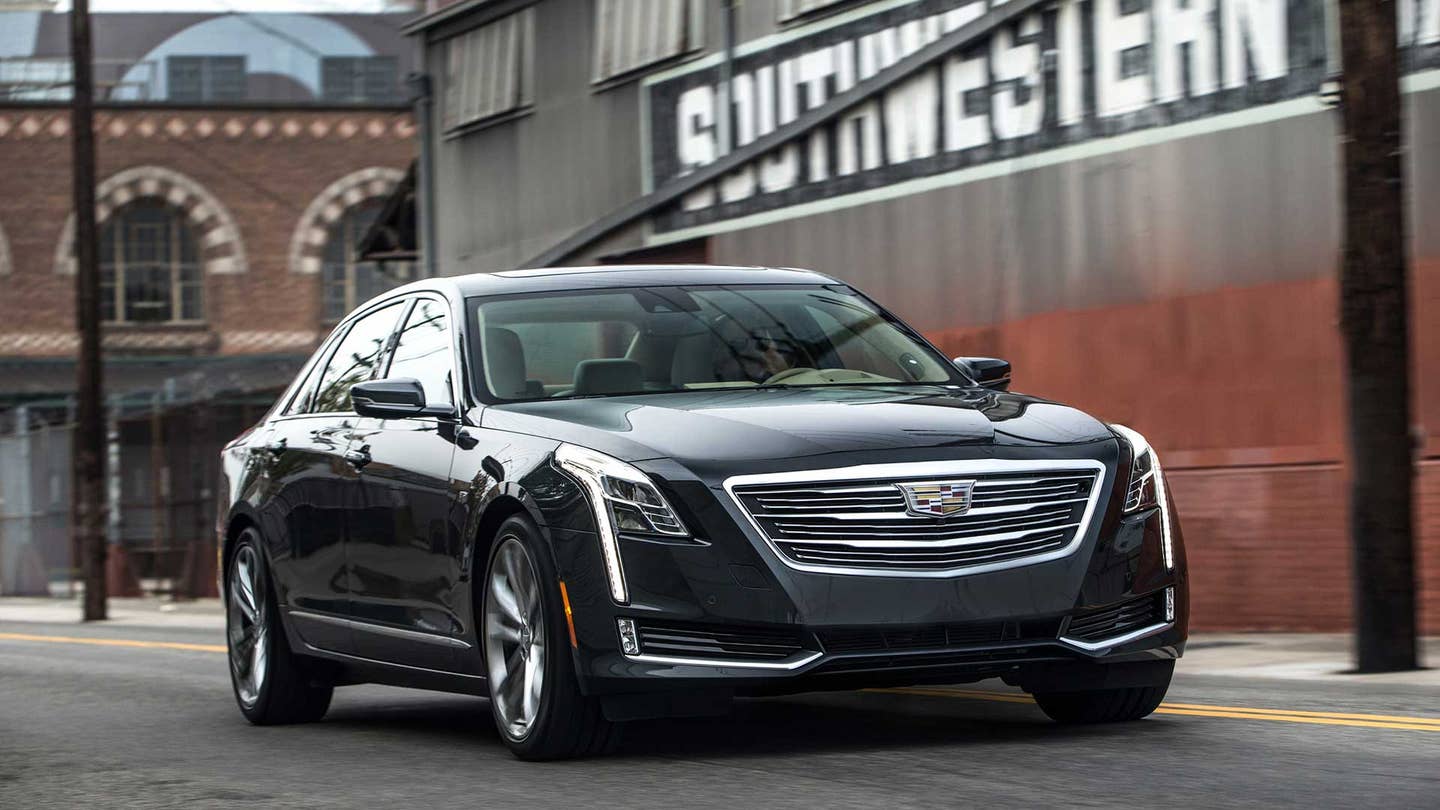 Want more proof that the auto industry has made the proverbial left at Albuquerque and gone in a different direction? Cadillac, the brand that could have single-handedly inspired the fear and respect in the phrase “Big American V8,” does not have a big V8 in its flagship sedan. The most powerful engine Cadillac offers in its CT6 is a twin-turbo V6, and journos have badgered execs there for an entire year to bore out two more cylinders.

Full disclosure: In these pages we recently debated if Cadillac needs a V8 to be great again, and decided it does not. But there is a V8 coming, which will please those with opposite view, and now we know more about it. Brand CEO Johan de Nysschen foreshadowed its arrival a year ago in an online Q&A, then proffered more details during the CT6 press launch.

It will be an all-new 4.2-liter twin-turbo V8 developed specifically for Cadillac and not based on GM’s small-block architecture. De Nysschen said puissance will hit “the upper 400s,” but delivery is focused on finesse and refinement. The power number would give it plenty of distance from both the 400-horsepower twin-turbo V6 presently in the CT6 and the 640-hp supercharged 6.2-liter LT4 V8 in the Cadillac CTS-V. If the product matrix holds steady, the V8 will be offered only on the all-wheel drive version.

Speaking of V, Cadillac will not speak of grafting its V-series modifications onto the CT6. In harmony with plans for an easy, silken eight-cylinder, Cadillac seems to be about defining CT6 as a luxury overture that can hold its own dynamically, not an American Thor in a leather suit. For that matter, it won’t be an AMG or M competitor, either. It could get a more powerful V-Sport version, though.

That V-series stance could change when a new flagship replaces the CT6 at the peak of the model range, allowing the CT6 to be obstreperous. We don’t know when the burlier car and V8 engine are coming, but they are developments that we–and the late, great Boss Hogg–are looking forward to.