Who Wants an Exploding Motorcycle Alarm? 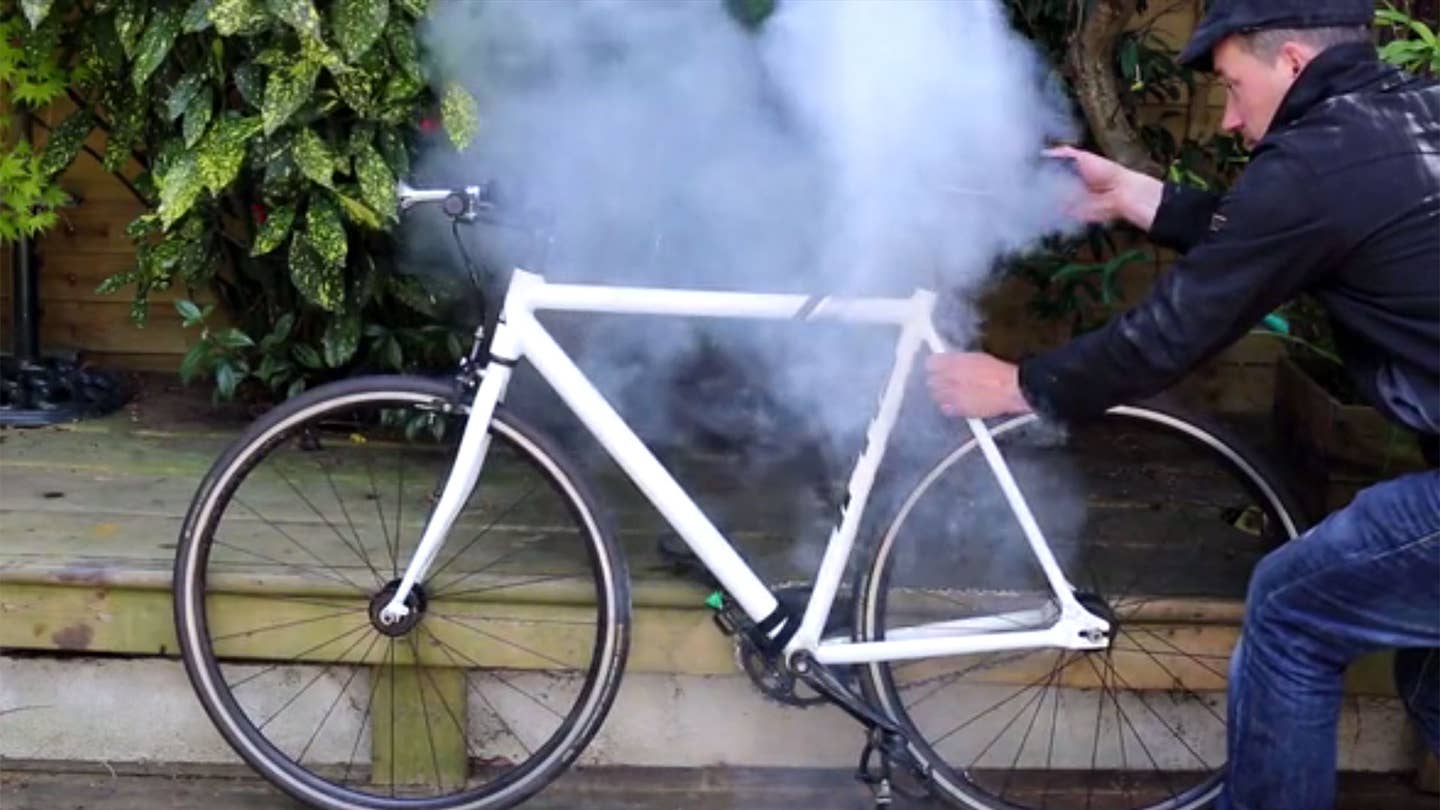 At this point, alarm systems—home, car, motorcycle, and otherwise—are part of every city's acoustic landscape. As such, most folks tune out the noise and associate it less with theft than bumbling owners; impotently blaring, beeping, and wailing, most alarms are as effective at deterring crime as a Pomeranian puppy guard dog. Enter the unsettlingly-named Bike Mine, an exploding charge that, with 150 decibels and a plume of smoke, is meant to bring legitimacy and proper fear back to alarms. Yours for $71, providing the Kickstarter gets funded.

According to Yannick Read, the British inventor of the tiny land mine sure to be a hot item with possessive siblings everywhere, the Bike Mine is the world's loudest alarm and also, somehow, completely safe. (The explosive is the same used in signal flares, and is completely legal in most municipalities.) The entire contraption consists of a length of titanium wire, a spring-loaded trap, and a small detonator, with a rubber-and-velcro casing that allows it to be attached to almost any bike or motorcycle. When a wheel is turned the little bomb is detonated, raining a shower of sparks, smoke, and noise on potential thieves. Read says he has had both bicycles and motorcycles stolen by thieves in London at night, while sleeping; their small size means both can easily be tossed into a truck by a strong guy or three. With the Bike Mine, the inventor hoped both to scare off thieves with a gunshot-like noise and wake owners from slumber. Inadvertently, he may end up making the city sound like Gettysburg during a Civil War reenactment.

Ask yourself: In a world in which car owners set off the majority of their own alarms, how many excitable new Bike Mine owners will forget that they've booby-trapped their bikes, Home Alone-style, and end up triggering the explosion themselves? As good as a deterrent as it may well be, the Bike Mine is also sure to leave most users looking as frazzled as current-day Macaulay Culkin.