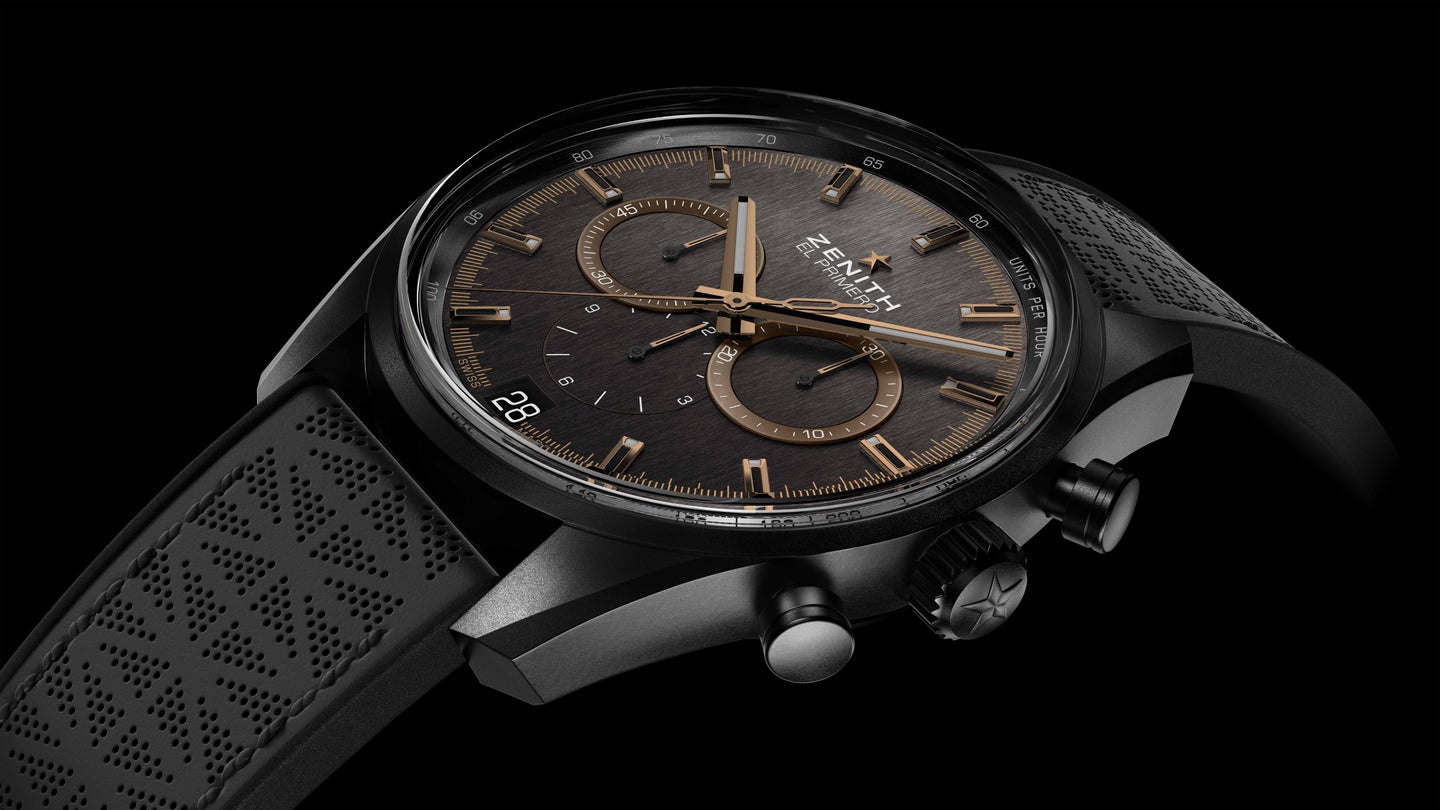 Back in 1969, the prototype that would become the original Range Rover carried the name "Velar," reportedly a play on the Latin "velare," meaning "to veil"—a reference to the secrecy around the project. That same year, elsewhere in Europe, Swiss watchmaker Zenith unveiled the world's first working prototype of a self-winding chronograph movement, called "El Primero," meaning, "the first."

Fast-forward to 2017, where the two brands have used that synchronicity as an excuse to collaborate on a the Zenith Chronomaster El Primer Range Rover Velar Watch, which is a long-winded name for an El Primero inspired by the new mid-size luxury SUV. For those who don't know, the El Primero is a true icon in the watchmaking world; the Chronomaster Velar is a decidedly modern take on that idea, which means a custom "ceramized aluminium" (British for "aluminum") 42-mm case finished in burnished copper (the hands and hour-markers are also copper-covered and treated with SuperLuminova for low-light viewing), an anti-reflective domed sapphire-crystal, and a sapphire-crystal caseback that allows you to see the high-beat movement—both brands and model names are engraved on the oscillating weight—that produces 36,000 vibrations per hour. There's also a brushed slate-gray dial, three chronograph sub-dials, and a date window at six-o'clock. The rubber strap features an overlay of the same diamond-perforated Scottish calfskin found in Range Rover interiors, and has a triple-folding titanium clasp.

Zenith hasn't announced pricing, but given an entry-level El Primero runs several thousand bucks, our guess is somewhere north of $10,000 for this limited-edition piece.