Hero of the Day: Car Artisans 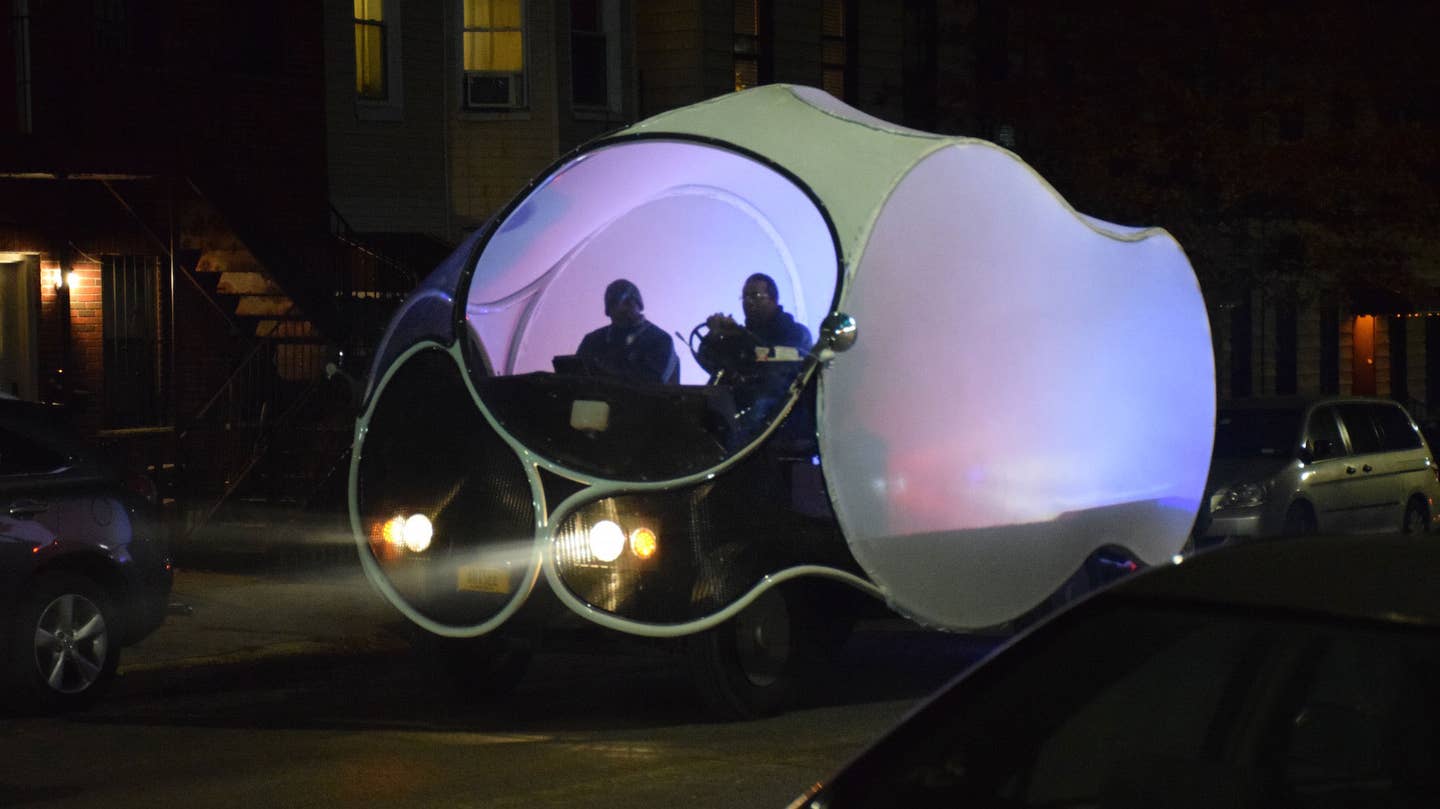 These guys, who are rolling a homemade art car around Brooklyn. The Drive’s own video guru, Jason Sanchez, recalls spotting the thing:

“It’s last Friday. I’m walking in South Slope, testing out a new camera, when I see this lit up blimp on wheels. I’m thinking, What the fuck is this thing? It comes to a stop on Prospect Ave and 6th St, then doesn’t move. But it tries. Oh, it tries. Enough for smoke to start coming out. Finally, after some panic by the drivers, it gets going again. This woman across the street, who’d seen it all go down, too—we just look and shake our heads in disbelief.

Jason’s original question remains unanswered. Seriously, this thing looks like Christo & Jean-Claude’s did a lava lamp for Pier 1 then put it on wheels. Plus, the vanity plate reads “ARTSEE.” Weirdo car guys and they’ve got puns? Heroes.