What About the Other Formula E?

Formula Elastic, that is... 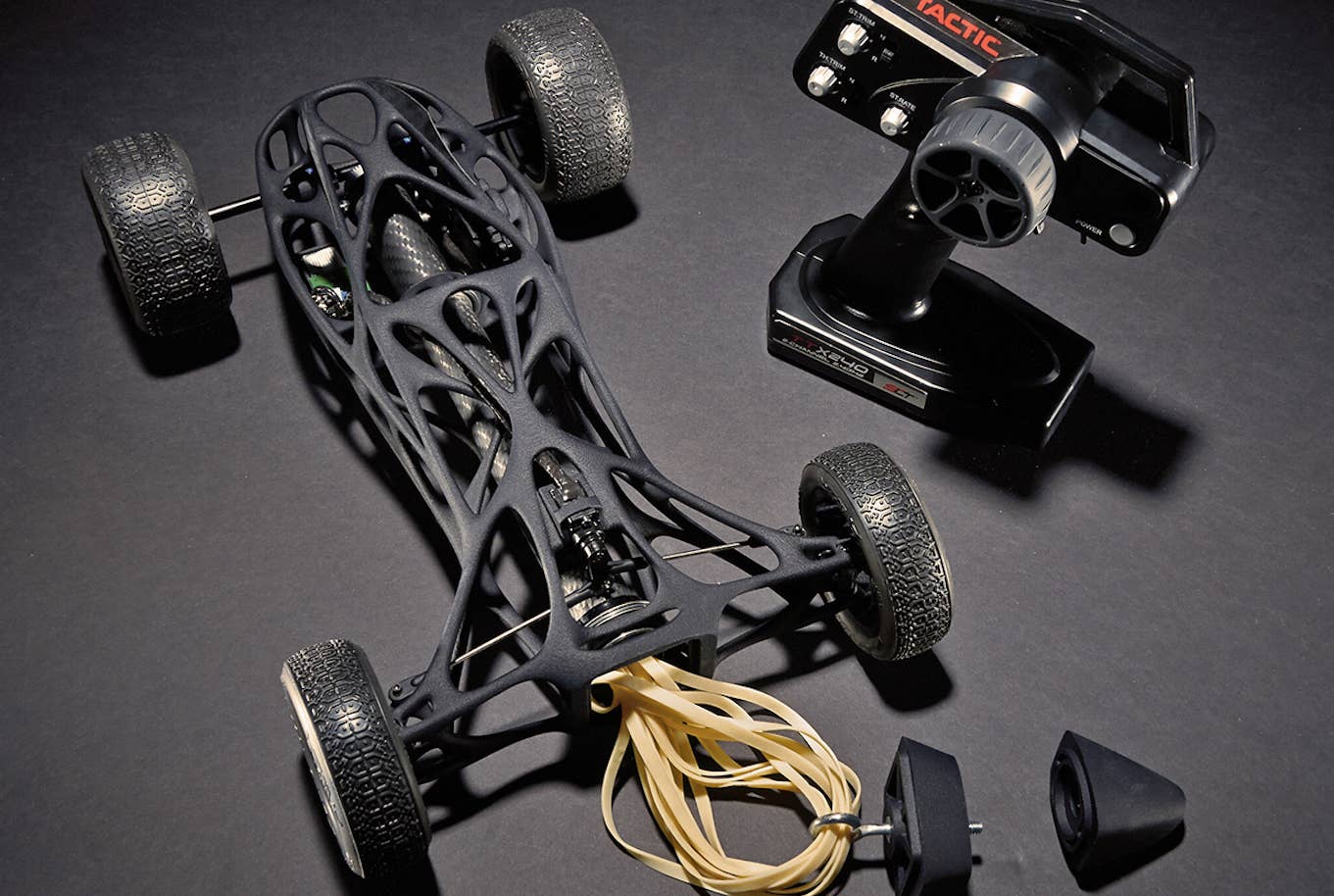 Apple’s acquisition talks with McLaren are still a rumor, but the next Formula E venue is confirmed. During a press conference Wednesday, FIA president Jean Todt announced that the world’s only all-electric major motorsport series will race through the piers of Brooklyn in July 2017. That's a big deal. Such a big deal, actually, that it overshadowed the other, lesser known Formula E.

Each year, a group of graduate students in California create, and race, R/C cars powered by stored elastic power. Some look like miniature Dakar rigs or pared-down 1950s F1 chassis; others, like nothing you've ever seen before. All use a 16-foot-long model airplane rubber band, wound up with an electric drill, to drive the wheels. Speeds can reach 30 mph. These little buggies aren’t messing around.

The competition, hosted at the sculpture garden at Art Center College of Design in Pasadena, includes a hill climb, figure eight course, and 136-foot drag strip. Judges include representatives from SpaceX and Tesla, BMW Designworks, Lego, Walt Disney, Hyundai, and Calty. Honda, Axial Racing, and Mattel Hot Wheels run corporate race teams of their own to challenge the students, some of whom come from as far as Beijing to compete.

This video about Formula Elastic, produced by Mashable, is guaranteed to be one of the coolest things you'll see all day.