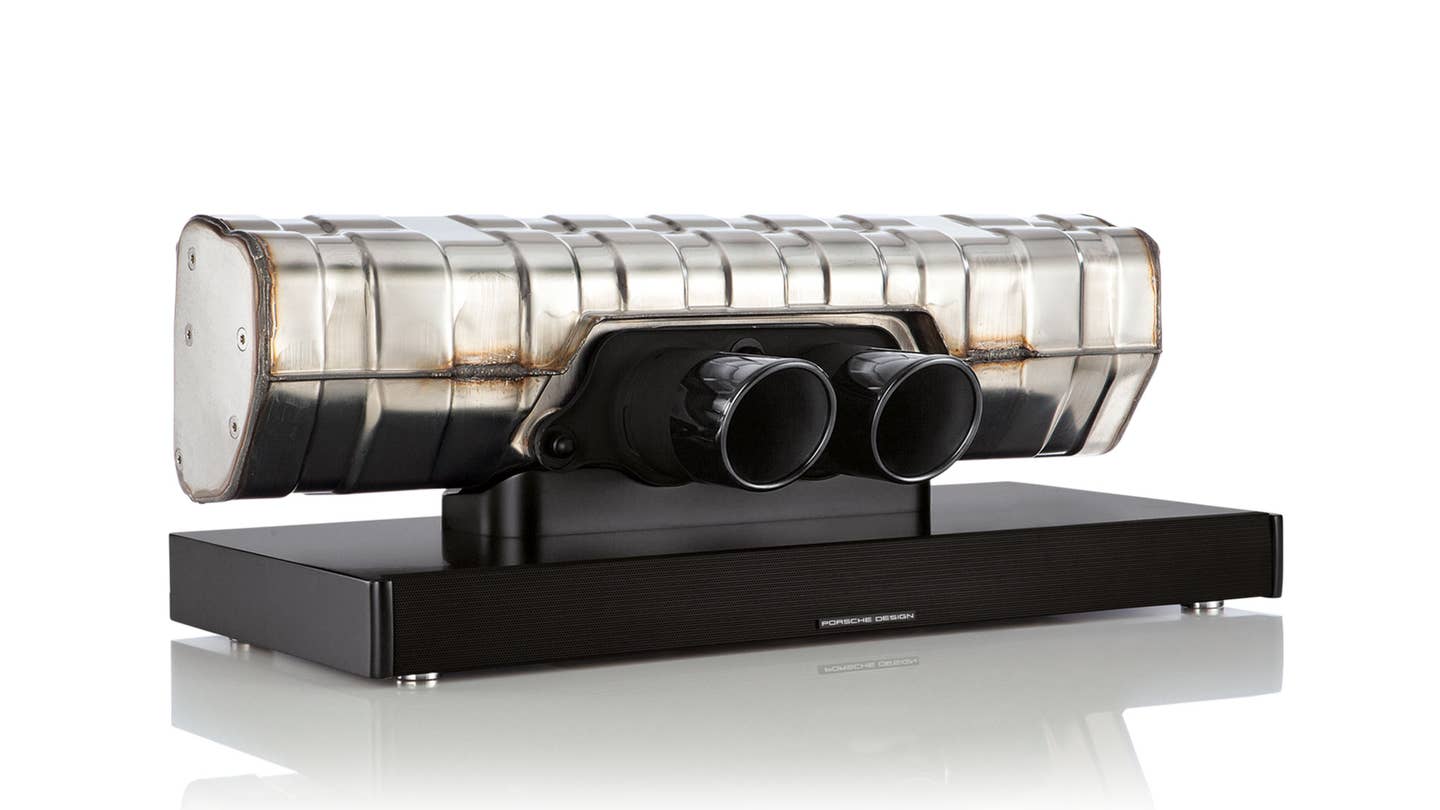 We don’t begrudge Beats by Dr. Dre its success—there’s nothing wrong with being popular. But when you want a sound bar that puts style ahead of accurate sound reproduction, why stop at Beats? As old Alexander Pope said, “Drink deep, or taste not!” So go all the way with your fashion commitment, head to Porsche Design and take home a 911 Soundbar housed in the silencer and centrally mounted twin tips of a Porsche 911 GT3 exhaust.

The bonus here: On top of the automotive artwork you’re actually going to get accurate sound reproduction. Unlike Beats, which doesn’t list a single performance spec on the page for its Pill sound bar, Porsche does list them and they’re swell: 200 watts, DTS TruSurround, 2.1 virtual surround, Dolby digital decoder, aptX for lossless wireless playback, and Bluetooth. It has an LED display in its base, two digital and one analog inputs, a subwoofer output, and a remote for convenience and additional audio fine tuning.

The 911 Soundbar is not small, at nearly 30 inches across, 13 inches wide, and 11 inches high, but that’s what it takes to keep a GT3 within the legal noise limits. It’s not light, coming in at 42 pounds, but that’s German engineering for you. It ain’t cheap, either, requiring 2,900 of your hard-earned euros or $3,500 of your equally hard-earned dollars, but… that’s German engineering for you. If you think of it as only 2.75 percent of the $130,400 purchase price of a new GT3, it’s obviously a bargain.

If we have a bone to pick, it’s this: Porsche Design has specifically designated the 911 Soundbar as a product For Men; it’s not listed on the Porsche Design Woman page. But that really doesn’t matter because this accessory has proven so popular among those males that delivery dates don’t begin until after March.

Drive Wire: The Bowers & Wilkins Zeppelin Is For Audiophiles