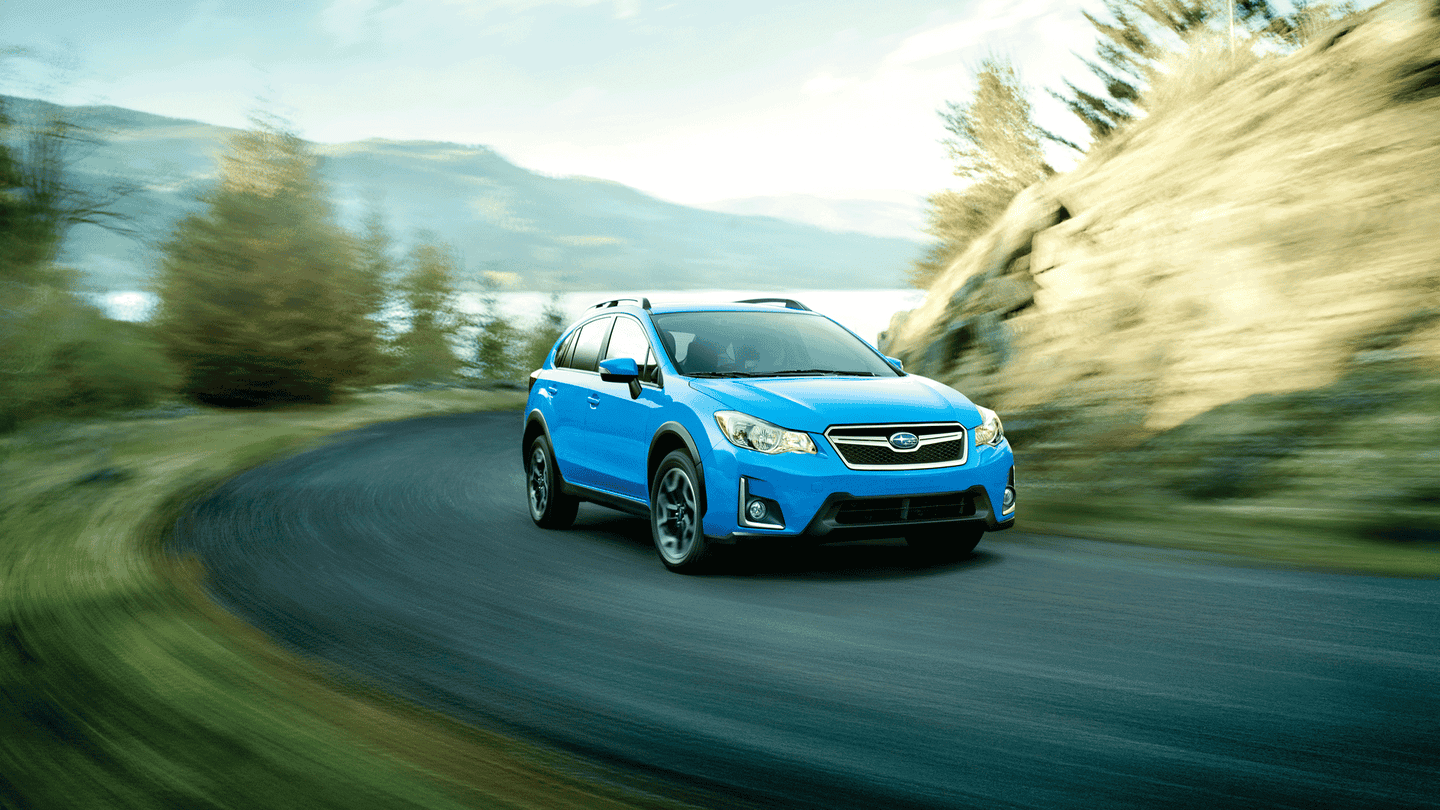 If you have a brood of four or more, an Irish wolfhound transportation company, or a crew of mogwai that needs waterproof shelter,  hatchbacks, sedans, convertibles, and trucks don’t make the most sense. Enter the rough-and-tumble SUV, a vehicle designed for the explicit purpose of protecting all sneaky little mogwai. Sorta. *winks*

An SUV, or sport utility vehicle, is a class of automobile that came onto the scene to provide more enclosed space for its occupants, while also providing the utility of a pickup truck. The resulting decades since their introduction has seen the class rise in popularity such as they are now the dominant automotive purchases.

With such varying vehicle options to choose from, how, then, does one begin determining which SUV is more reliable than the other? Especially when new and facelifted models drop as often as SoundCloud rapper mixtapes? Don’t worry, The Drive’s ear-to-the-floor editors got your back. Check it out.

What is an SUV?

As years have passed since its inception, the definition of an SUV has become increasingly amorphous thanks to the exploding popularity of high-riding, body-cladded, all-wheel-drive crossovers. The standard definition, however, is that an SUV is a vehicle that features both road-going creature comforts and off-road utility, with raised ground clearance and added interior room at the rear. There are some SUVs that utilize unibody chassis designs, similar to that of a road car, and there are those that use body-on-frame, which use chassis’ born from a brand’s pickup trucks.

The originator of the modern SUV is either the 1983 Land Rover Defender or 1984 Jeep Cherokee, depending on who you talk to. Each can trace its lineage back to World War II to four-wheel-drive station wagons and service vehicles.

We’re glad you asked. The basic definition of a crossover is an SUV-type vehicle based around a manufacturer’s sedan. It usually features a lightly lifted chassis for more underbody clearance.

To get more into the psyche of a crossover, you can read all about crossovers at The Drive’s guide, What is a Crossover?

Reliability depends on an ever-expanding list of variables, but the two biggest factors are a car’s development and its manufacturing. When car companies spend real resources producing a car, it tends to last. Carelessly designed, inadequately manufactured, and inexpensively assembled automobiles likely won’t stand the test of time.

There’s a work ethic component, too. Both Honda and Toyota’s cultures of reliability over profits have kept each’s legendary reliability at the forefront of the minds of consumers for decades. Add long warranties and phenomenal customer service, and it’s easy to see why these two companies have enjoyed their strong standings for as long as they have.

The short answer? You, that jiggly meat sack in the mirror. Your car’s reliability and longevity are inseparably tied to how you treat your ride. Do you take care of your vehicle, follow its maintenance schedule, and drive conservatively? Or do you drive like Lewis Hamilton and live in Siberia where winter will kill everything, including your will to live?

Regular maintenance such as oil changes, fluid flushes, tire rotation, and fuel system cleaners, as well as maintaining the car’s exterior and interior will all extend your car’s life. You’ll also want to keep it away from harsh weather as much as possible, so get those boxes out of the way and park your car in the garage, if possible.

Most important, however, is keeping your racecar driver behavior to a bare minimum. By doing so, you’ll keep your engine, tires, brakes, and chassis happier and healthier for longer compared to if you treat every grocery run like it’s the Monte-Carlo Grand Prix. Stress is not only bad for you, it’s bad for your car.

Given you’re a busy person, we broke down the 10 most reliable SUVs and crossovers available using data compiled by JD Power, which in turn uses consumer-sourced data based on questionnaire responses. You’re welcome.

Toyota’s resolute Land Cruiser takes the top spot, and its legendary status has made it a must-have for armies and peacekeeping forces around the world. Toyota also engineers it to have a 25-year service life.

The full-size Sequoia SUV is an older model, but its capability hasn’t diminished during its long-in-the-tooth life. There’s even a TRD Pro version available now.

Ford’s Expedition has retained a loyal following that continues to maintain the fleet.

Like the Ford Expedition, the Chevrolet Suburban is a large SUV that remains a reliable workhorse, in part due to its relative simplicity.

Toyota takes the final spot with its Highlander, which, similar to the Land Cruiser and Sequoia, has the brand’s legendary reliability.

Kia’s engineering, along with its research and development and manufacturing, has come a long way since its inception. The new Soul is a perfect example of that simple fact.

As with Toyota’s other offerings, the company’s history of quality and reliability follows the diminutive C-HR.

Buick is low-key making some great cars right now. Most are being sold to China, but some are still stateside. They’re put together well, the designs are solids, and their reliability hasn’t been an issue in decades. You should check the company out.

Mitsubishi is one of those companies perennially on the verge of sudden and inevitable collapse that continues to exist, much to the confusion of scientists and writers everywhere. But there’s a good reason the company is still around, as they are put together by people who care. The Outlander Sport is an underrated value option.

Despite Nissan’s current penchant for international espionage and daring midnight escapes, the Rogue Sport is a lovely offering that’s more in line with an owner’s quiet existence than blockbuster headlines.

What You Need to Look For When Buying a Reliable SUV?

As with any transaction, there are a few key points that every customer should know and ask for before slapping your John Hancock on the dotted line. These helpful tips prevent you from purchasing a car that forces you to ask yourself, “What have I done? What in God’s name have I done? How much is it to replace a hybrid system?! ” *sob-screaming continues*

A car’s service records are its history. They should have everything from fluid flushes to significant repairs. This is the car’s life on paper and is really seen as how the last owner took care of it.

A CarFax report is a great tool. This little sheet of paper can tell you whether that car has undergone any major operations prompted by big-time accidents and tiny little fender-benders, or if it was recovered from the Atlantic Ocean after the ship that was carrying it capsized off the coast of Georgia.

Whether you’re buying from a cold-weather locale or the car has crisscrossed the country throughout its life, you’re going to want to get down on your back and start looking for oxidation, otherwise known as rust. Do a thorough inspection, because if you miss a patch of rust in the wheel well, you’ll likely have a front-row seat to your car slowly disappearing as if Thanos snapped it out of existence.

Find Your Next Reliable SUV with Carvana

You know how satisfying it is to drop a coin into a vending machine, type in the respective alphanumeric code for a Reese's, hear the whirring of the motor twisting the delicious chocolate-covered peanut butter cup out toward you, and finally falling into the bin for your to enjoy? Yeah, that's how easy it is to now buy your next SUV thanks to Carvana.

Carvana has taken the vending machine process and applied it to car purchases, coin and vending machine included if you like. They can also be delivered to your home, just like that Knives Out-like knit-sweater you won't ever wear. With thousands of cars to choose from across all makes and models, Carvana's selection is extensive and the company's confident, even offering a 7-Day Risk-Free Return policy, it has your next car. That's why The Drive's partnered with Carvana to help you find your next ride!

Q: So Which Car Brands Last the Longest?

A: As we’ve stated, that’s somewhat hard to discern, but Honda, Toyota, Hyundai, Kia, Acura, Lexus, and Ford all have reputations for dependability. There are some vehicles that are known to outlast others, i.e. the OG Toyota Land Cruiser, however, most car makers now offer consistent reliability and longevity.

Q: Yeah, But What’s the World’s Most Reliable SUV?

A: Pal, it’s the one you take care of. You’re the biggest variable in your car’s reliability by a long shot. Take care of your car, and it’ll take care of you. There are some SUVs that are potentially more reliable, things like TOYOTA’S ENTIRE LINEUP. But seriously, a Toyota-branded SUV is a solid place to start.

A: The used Range Rover my brother-in-law bought for $15,000. . Joking aside, the worst SUV to buy is the one that’s too expensive for your bankroll, the used SUV you didn’t research, or the aforementioned ill-maintained Range Rover. Do your homework and don’t let the salesman talk you into a $65,000-a-month lease payment.

Q: But Are Crossovers More Expensive Than SUVs?

A: In general, no, but there’s no written regulation that says they have to cost less. Crossovers are usually less expensive because they’re more commonly based around a car platform that’ll sell in the millions.

Q: I Have to Ask, What About Minivans?

A: The Drive’s editors are parents, too, so we get the allure. Some of us are pro-van, others still haven’t been tamed by the man. That said, buying a van is a choice that only you can make. Buy what makes you happy. We’re aren’t judging.

A: Listen, we aren’t Existential Dread’s bouncer enforcing the “only pants made of ferns are allowed” rule. You’re more than welcome to buy a crossover. Just remember that whenever you decide you no longer need or want one and wish to buy a car, it may not be there.

Given how popular crossovers have become and how manufacturers are pivoting entire lineups to be solely crossover-based, the car’s death is almost assured.

A: Congratulations, you played yourself.