The PSA Group May Buy Opel From GM for $2 Billion

The funding could be used to support GM's autonomous developments. 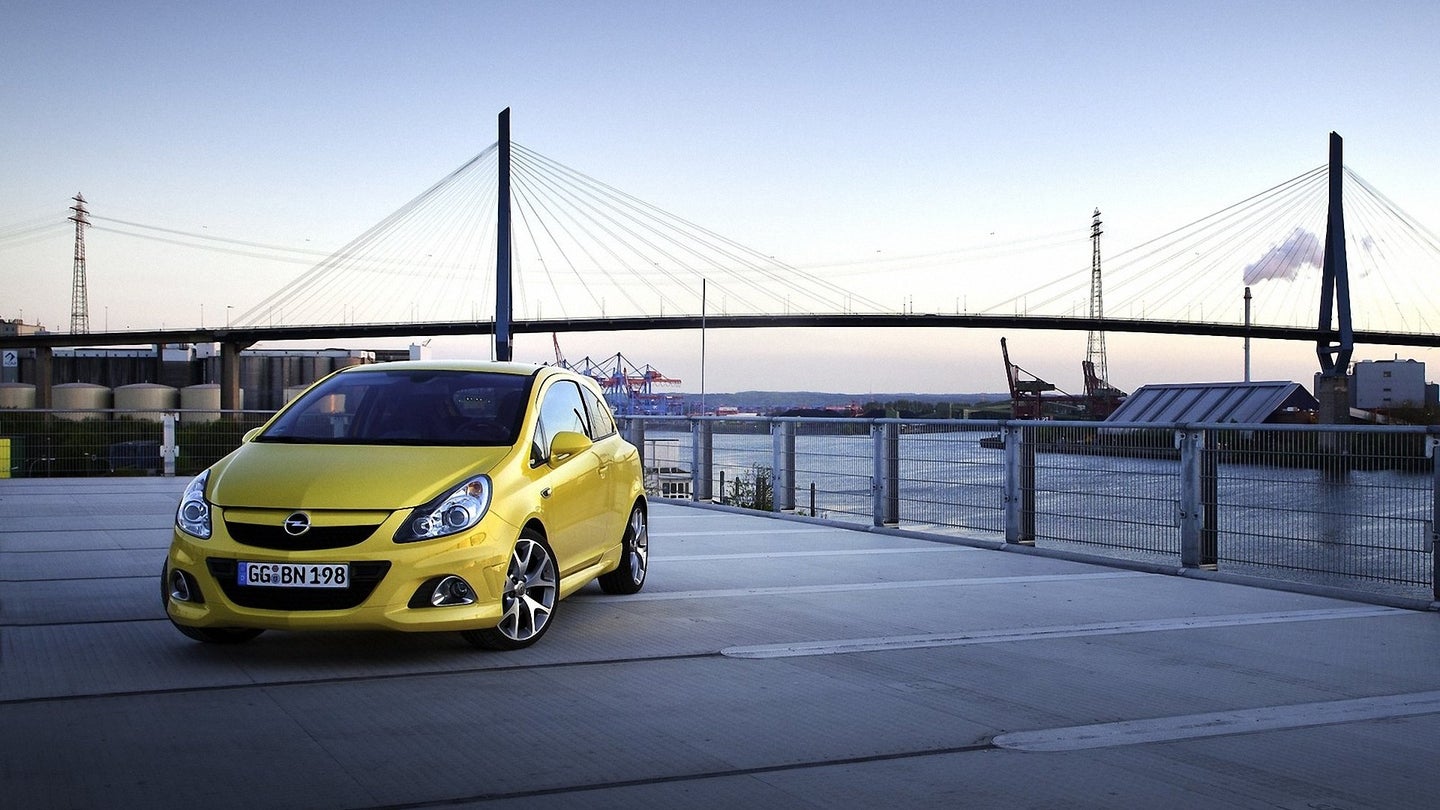 We've heard a lot of banter about the selling of GM's European brands to the PSA Group. Rumors have bounced around the industry without much certainty, putting Opel and Vauxhall at a crossroads. While their future with General Motors may be weary, the sale of these two groups could help push both parties closer to their goal. Recent reports have shown that Opel alone was valued at $2 billion, meaning a big pay day for the boys at Detroit.

This news helps to advance the agreement, one that both GM and PSA are anxious to settle. Opel has been around for decades in Europe, establishing a reputation that PSA hopes to improve on to result in higher sales. If the deal goes through, Opel would join two of Europe's largest automakers Peugeot and Citroen, making PSA a recognizable influence in the sales landscape. GM has reported $9 billion in losses since 2009 with Opel, meaning that they're perhaps more eager to finish the sale than anyone.

Whereas there are plenty of variables, a deal could be reached as soon as this Thursday. It is then that PSA will announce their sales reports from 2016, setting the stage for the big announcement if it were to go through. If not this week, it could be delayed to an uncertain date. As the $2 billion appraisal stands, it could change by the time both parties settle on a figure. It's a big sum that you can be sure neither GM nor PSA will overlook, meaning that it could be a while before we see a definite deal.

The transfer could result in big success for each of the manufacturing groups. While PSA is looking to diversify their market share in Europe, GM wants more funding to back their autonomous and electric endeavors. They've seen clear results that the Bolt EV could be a major part of their future, and when paired with self-driving tech in the future, it could spell out a boom in sales.

Expect to see more news on this topic until a settlement is reached.