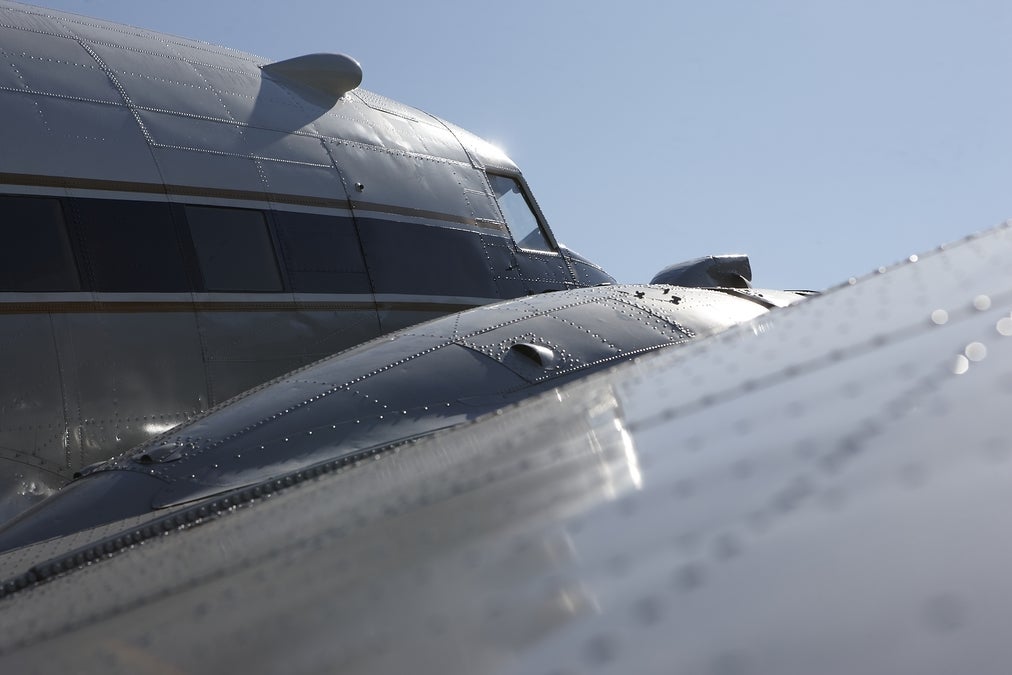 The Douglas DC-3 completed its maiden flight in 1935, revolutionizing the very nature of air travel. Light, smart and reliable as a sunrise, the all-metal bird’s long range and 200-plus-mph cruise speed pioneered new commercial routes, new possibilities, both in this country and around the world. The model cemented its legacy as the “Normandy Landing Plane” in June, 1944; Eisenhower counted it among his four pillars of victory in the African and European theaters.

More than 16,000 examples of the DC-3 were built. Incredibly, less than 150 exist in flightworthy condition today.

The plane pictured here, HB-IRJ, is one of them. Originally delivered to American Airlines in March, 1940, it served under lease in the U.S. Army from 1942 to 1944. Returning to civilian duty, HB-IRJ continued commercial operation for nearly five decades, operated by Eastern Express and the great Provincetown-Boston Airlines, among others. It was retired when Bar Harbour Air shuttered in 1991.

Now, after a painstaking restoration, HB-IRJ is again taking to the skies.

It’s an epic journey, and there’ll be cargo aboard, too: Breitling is sending 500 Navitimer chronographs along for the ride. The special-edition “DC-3 World Tour” watches will be distributed to buyers at the Sion Airshow, where HB-IRJ is scheduled to land in September, completing its trip. For aviation nuts, this is dream-come-true stuff.

Don’t have eight grand to drop on a new Navitimer? No worries. You can still follow the progress of Breitling’s DC-3 adventure online here.