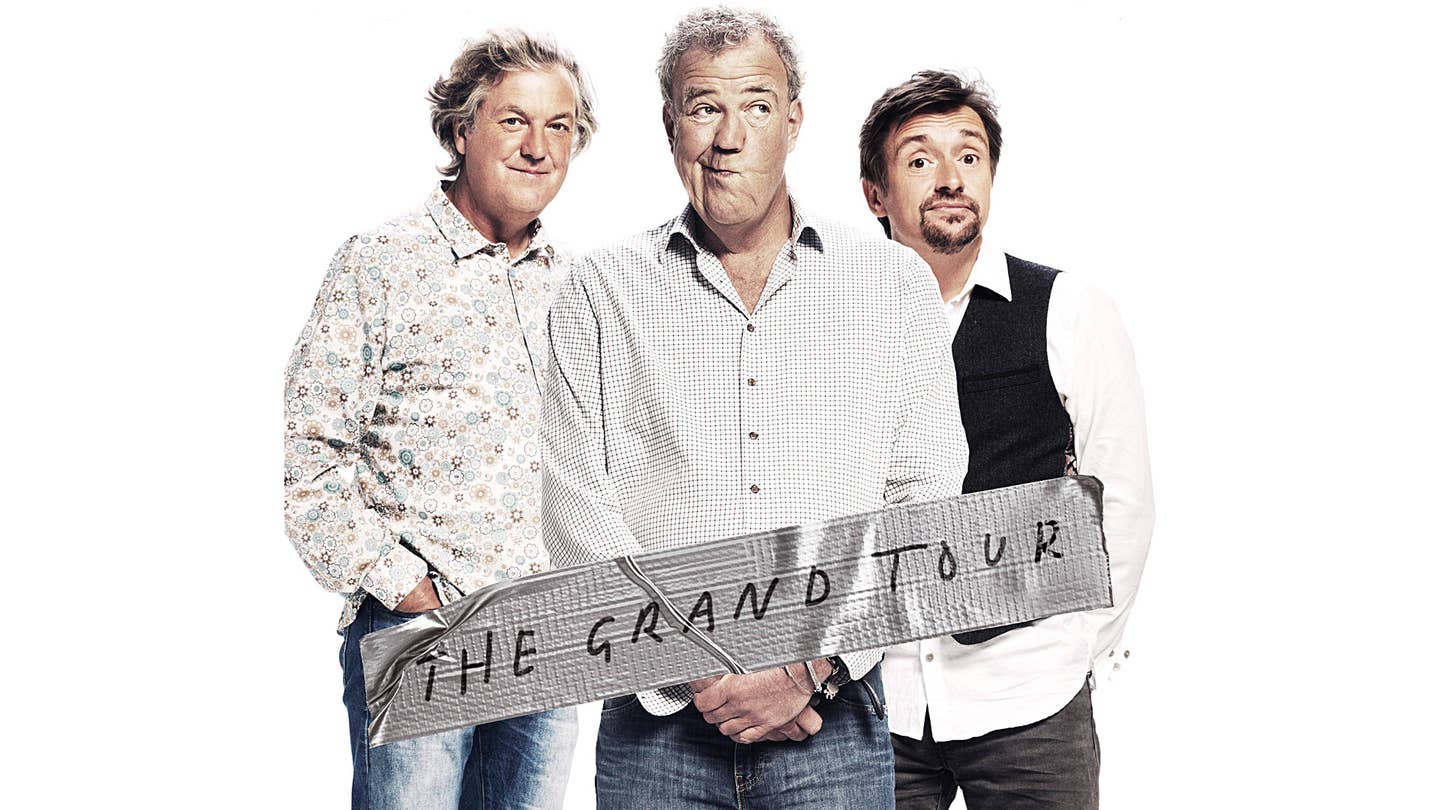 We’ve got less than two weeks to go before The Grand Tour, starring Jeremy Clarkson, Richard Hammond and James May, arrives on Amazon Prime. Presumably you’ve got a little countdown clock going, ticking off the hours until the top trio and their newest “little motoring show” once again grace our screens. To continue to whet our appetites until the premiere, The Grand Tour just released this snippet of a trailer, chock full of random images from the season and some staggering production statistics.

The teaser, a whole 15 seconds in length, states that 27 cars were destroyed. Sure, we can buy that. Jezza, Hamster and Cap’n Slow have a delightful penchant for blowing up rides, either as a byproduct of hard driving or with actual explosives. The next factoid dives into fuel for the humans behind the show: 14,951 cups of coffee were downed. Also believable when you factor in a crew of more than 100, the fact that the average person consumes a little over three cups per day and a six month shoot time. The last stat is what got us chuckling. According to Clarkson, 1,474,546,320 miles were driven.

It’s a classic bit of Clarkson buffoonery, but in case you’re thinking that may be a serious figure – as did one unnamed person in our office – a smite of perspective on mileage. To drive around the Earth is only 25,000 miles. It’s around 92 million miles from Earth to the sun. So yeah, there’s absolutely no way Clarkson was being earnest.

One figure they could have included, however, is that their opening sequence cost $3 million dollars. (Here’s why and how.) No matter what the numbers they throw at us, the only one that matters is 18, as in November 18th, when the the show hits Amazon Prime. Can’t wait.